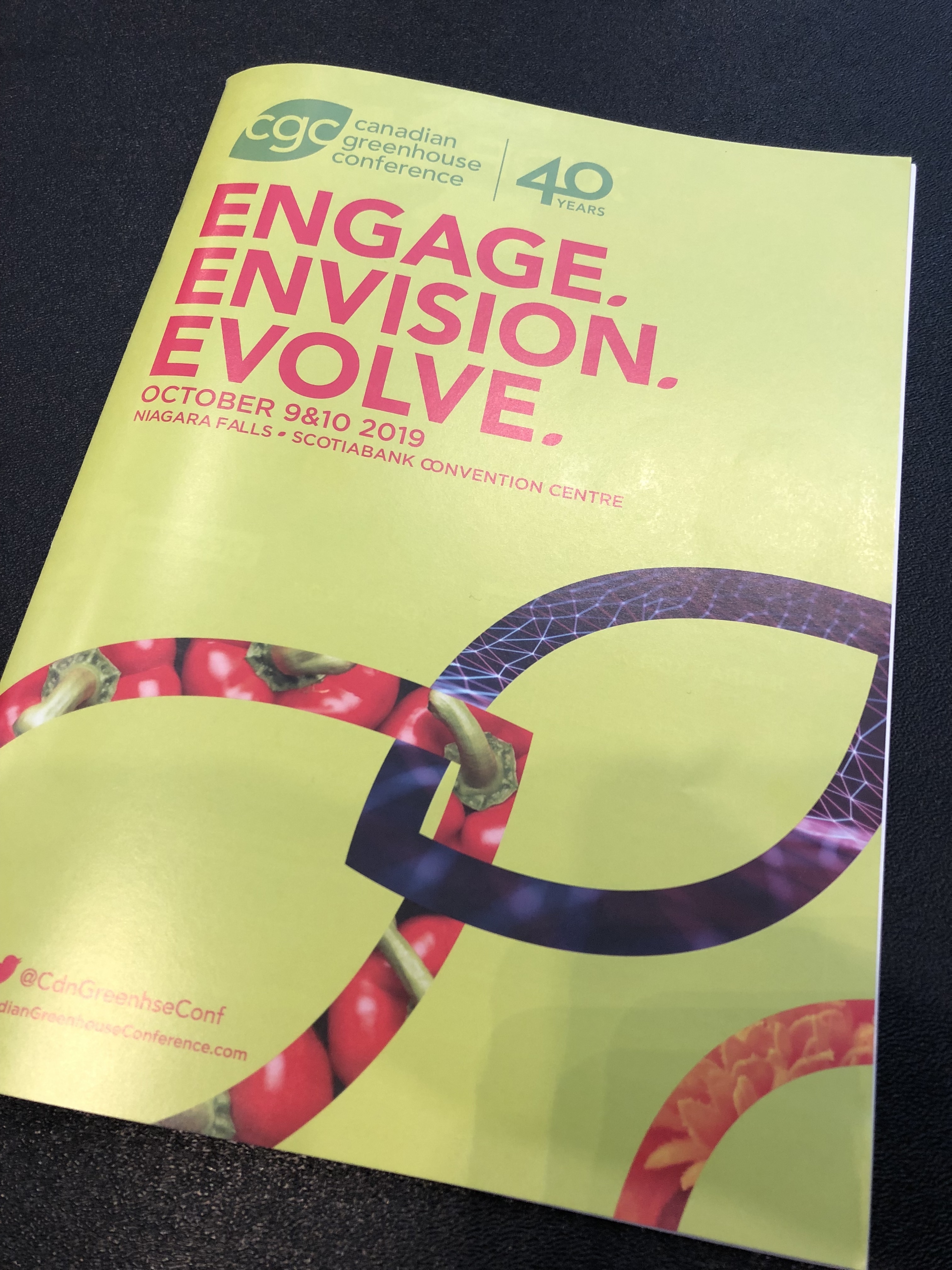 The 2019 edition and 40th anniversary of the Canadian Greenhouse Conference wrapped up last week at the Scotiabank Convention Centre in Niagara Falls, Ont.
The trade show floor was its largest to date. Modified to accommodate more exhibitors, the floor held a total of 250 booths. The food service area was moved into the foyer of the convention centre where the new location became another high-traffic meeting point for conference attendees. Awards for ‘Best Booth’ in six different categories were handed out by Wayne Brown, retired OMAF greenhouse specialist, who also received the CGC Volunteer of the Year Award.

To commemorate its 40 years, CGC-branded stainless steel straws were given out to attendees. They were a hit, says CGC executive coordinator Carol Pupo. A performance by Niagara-based ‘Momentum Choir’ also hit home, Pupo adds, showing how the power of music can transcend barriers. The musical group is made up entirely of musicians living with disabilities and now in its 12th year of operation.

Also new for 2019 was ‘Last Call,’ a second happy hour and one final chance to mingle with exhibitors and attendees before bidding adieu.

Throughout the conference, sessions featured speakers from around the globe, presenting on topics of root zone management, lighting, post-harvest handling, next generation growing, organic production, biocontrol, automation and more. Judging by the number of attendees who outnumbered seats, the speaker sessions were well-received.

“I came away feeling it was a success,” says Pupo.