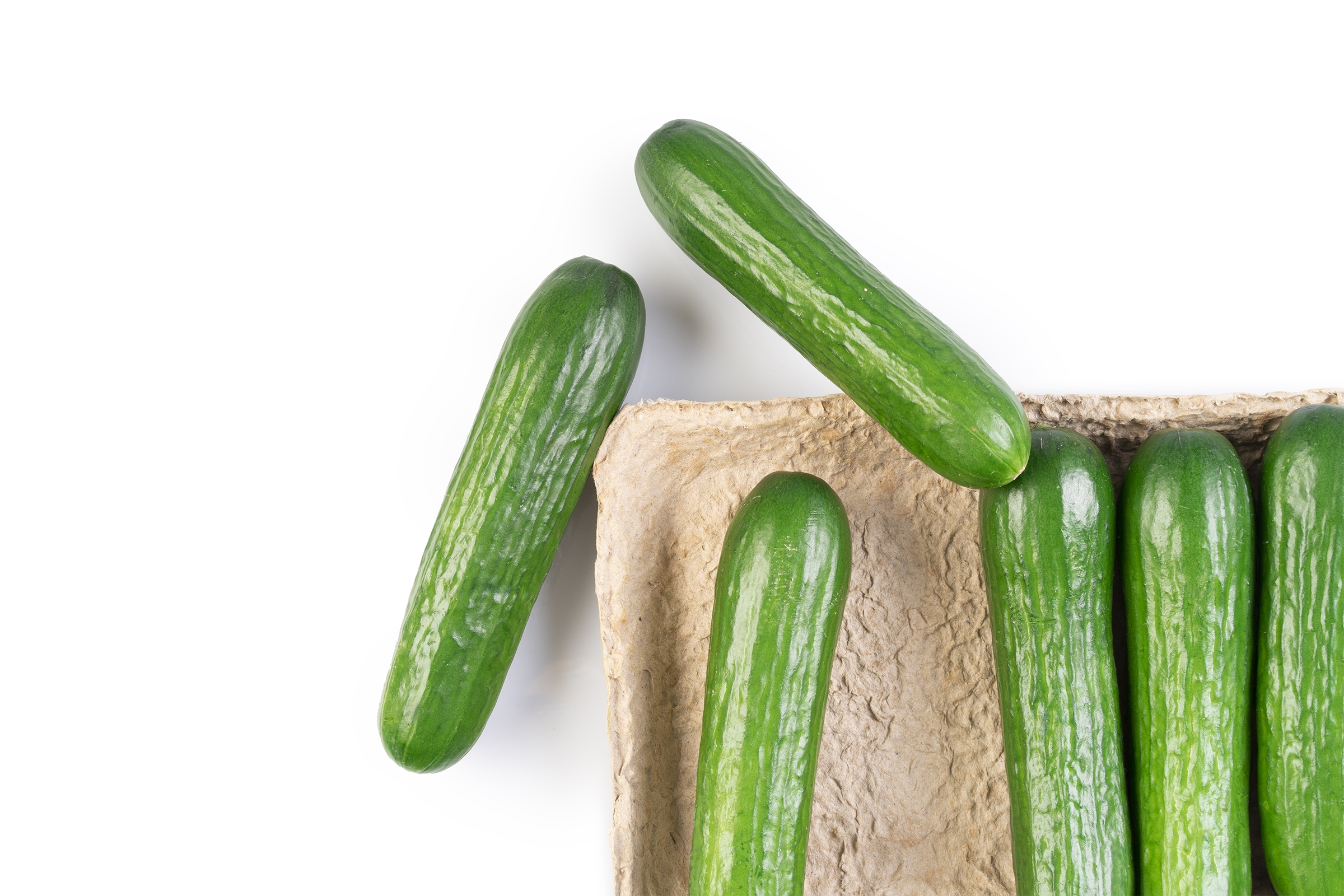 It has been just over a year since NatureFresh Farms introduced their compostable Mini Cucumber tray to their customers, an environmentally friendly alternative to the use of the polystyrene foam trays.

Teaming up with local manufacturer Pulp Moulded Products (PMP), NatureFresh Farms has distributed 6 million compostable molded fiber trays within the marketplace since June 2018. During this time, they saved 67,200 pounds of Styrofoam trays from entering landfills, which is equal to 12 truckloads.

The greener alternative is compostable, recyclable, and can decompose within 90 days, says NatureFresh. The compostable tray is made from 100 percent post-industrial paper waste which is then ground up and mixed with water for a pulp-based material. During biodegradation, no toxic or hazardous waste materials are expelled into the environment.

Luci Faas, Product Development Specialist at NatureFresh Farms, worked alongside Gord Heyting at PMP to develop packaging that is highlighted for its sustainability while protecting the produce from damage and keeping it fresh. “This has been a project that I’ve had a lot of interest in developing and has been on my mind for a while,” shared Luci. “NatureFresh has given me the opportunity to really pursue this innovative packaging design and have supported the effort to introduce greener alternatives into their packaging. Working with PMP has helped us achieve our goals of becoming more sustainable.”

PMP is a company based in Newmarket, ON, located near the NatureFresh Farms’ head office in Leamington, ON. PMP manufactures custom molded pulp packaging that is PFAS free, a widely-used toxic chemical found in packaging that repels water and grease. Their vision is to produce recyclable, biodegradable, and compostable packaging from local waste, while displacing petroleum-based packaging at the same time. Currently, PMP uses post-industrial corrugated boxes – some coming from their own box-making operations, and others from suppliers found throughout North America. PMP is also preparing to implement a program that will enable them to start using boxes that they pick up from their customers, including NatureFresh Farms.

By recognizing the extent to which products in the produce industry have contributed to the escalating plastic and pollution crisis, NatureFresh Farms has taken significant steps towards reducing their impact on the environment, and with such positive results so far, they are hoping to inspire even greater change within the industry.

“Seeing the actual numbers from the past year gives us a greater awareness of the considerable difference we are making to the environment by being more sustainable in our packaging,” said Frank Neufeld, Sales Manager at NatureFresh Farms. “We are inspired by the positive affect one company can have – but think about the kind of impact we could have collectively if plastic-free packaging were to become an industry standard.”