News
Ontario Federation of Agriculture to match donations to Ukraine

March 24, 2022
By Ontario Federation of Agriculture

March 24, 2022By Ontario Federation of Agriculture 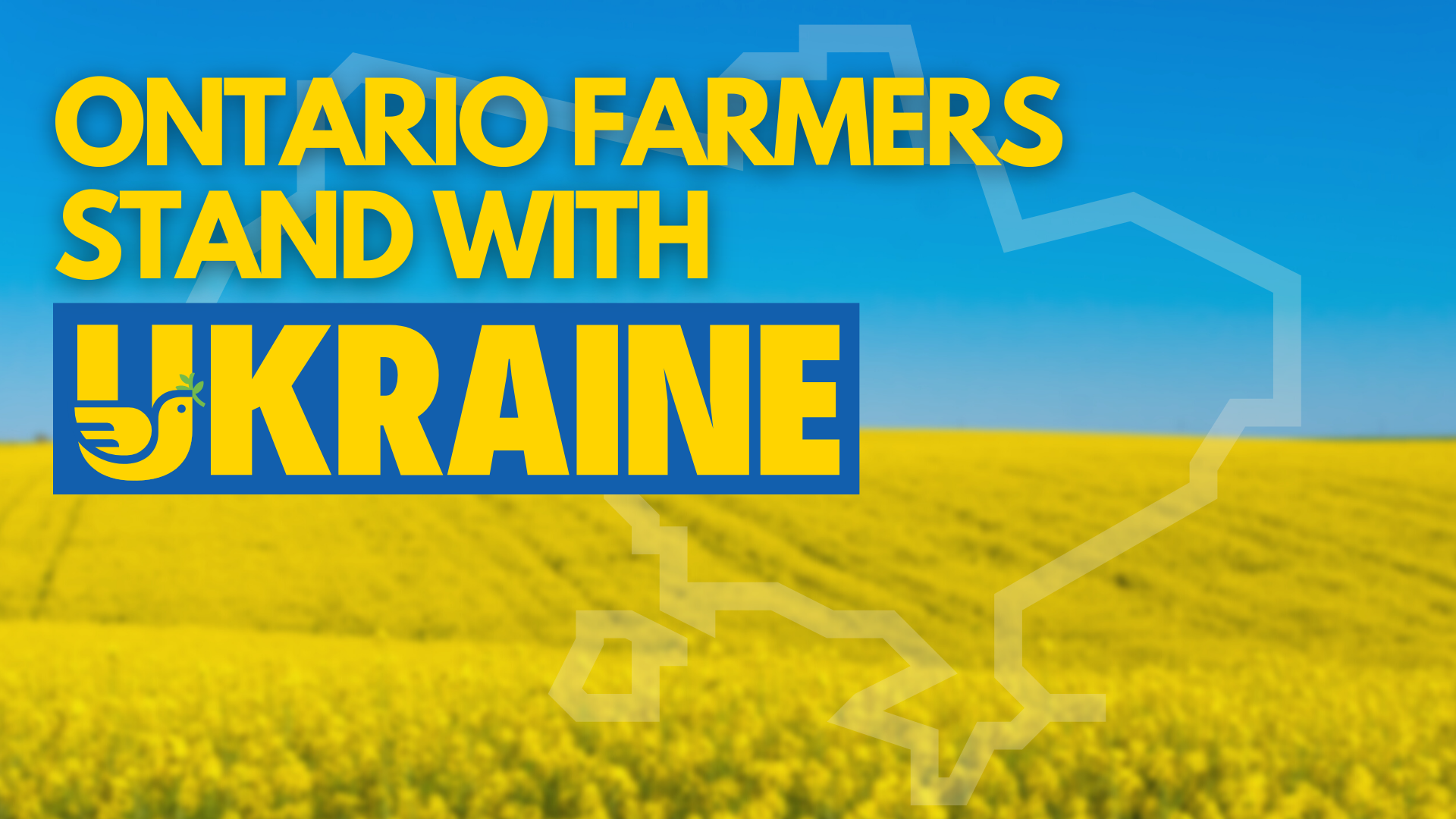 Ontario farmers are doing their part to support Ukrainians who have been forced to flee their homeland, or are staying behind to defend it.

The fundraising effort started with a motion put forward by a director with the Essex County Federation of Agriculture (ECFA) to help support many local families with Ukrainian roots. As a result, ECFA committed $500 to the Canadian Red Cross Ukrainian Humanitarian Crisis Appeal and challenged other federations across the province to do the same. No matter the size of the donation, federations can also consider donating funds to support Ukrainian families through the Canadian Foodgrains Bank.

“We may have our challenges with weather or government policies or trade agreements, but at the end of the day Ontario farmers aren’t faced with a situation where we are using our tractors to haul away the tanks of an invading military,” Leo Guillbeault, President of the Essex County Federation of Agriculture. “While Ukrainians stand on the front lines fighting for freedom, the least we can do is show some support for those who have been displaced by this war.”

It has been estimated that more than 2.3 million Ukrainians have already fled Ukraine.

“The situation in Ukraine is horrific,” says Peggy Brekveld, OFA President. “Millions of people have been forced to flee, and those who have stayed by their homes are putting their lives on the line. It is an unfathomable reality. Every little bit we can do helps.”

The donations from Ontario farmers are being made to several charitable organizations providing humanitarian relief in Ukraine, including the Canadian Red Cross and the Canadian Foodgrains Bank.

The Canadian Foodgrains Bank is a faith-based humanitarian organization of 15 churches and church-based agencies dedicated to ending global hunger. It typically works with local groups in developing countries to meet emergency food needs, and has been actively working in response to the humanitarian crisis resulting from the Russian invasion of Ukraine. Donations to the Canadian Foodgrains Bank can be made at foodgrainsbank.ca.

The Ontario Federation of Agriculture (OFA) is the largest general farm organization in Ontario, representing 38,000 farm families across the province.