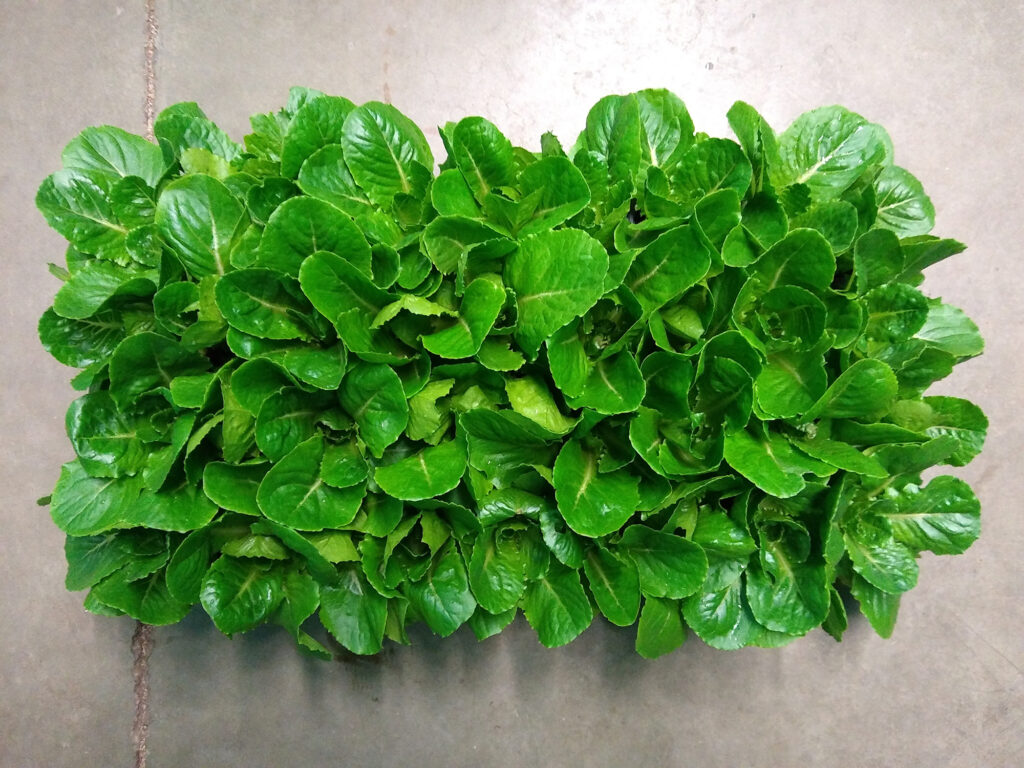 Astronauts might one day grow and eat genetically modified plants to ward off disease associated with long spaceflights.

Researchers at the University of California, Davis, College of Engineering have developed a transgenic, or genetically modified, lettuce producing a drug to protect against bone density loss in microgravity.

Human bones are constantly balanced between growth and resorption, allowing them to respond to injury or changes in exercise. Spending time in microgravity disrupts this balance, tipping bones towards resorption, so astronauts lose bone mass. This can be treated with a drug called parathyroid hormone, or PTH, but it requires regular injections.

Kevin Yates, a graduate student working with Professor Karen McDonald and Adjunct Professor Somen Nandi at the UC Davis Department of Chemical Engineering, developed a transgenic lettuce that expresses a fusion protein combining PTH with part of a human antibody protein. The fusion protein is designed to be stable in the bloodstream and to allow astronauts to potentially purify the drug from plant extracts, Nandi said.

The team is evaluating the plants for how much of the drug they can produce, which leaves contain the most product and the best time to harvest the leaves.

Growing plants in space has multiple benefits, Nandi said. A mission to Mars might take several years to complete. Experience from the International Space Station shows that being able to grow some food in addition to pre-packaged meals is a big morale booster for astronauts, he said.

Long space flights also require supplies of medicines, such as PTH. But conventional medicines would expire on the way, so astronauts need ways to replenish supplies. By carrying medicines in the form of transgenic plant seeds, astronauts can both save weight and potentially have a new source of fresh drugs, Nandi said.

Ideally, the drug would be in an orally available form, so that astronauts could dose themselves with PTH by eating lettuce leaves. But if that turns out not to work, they should still be able to extract and purify the drug from the plants.

The project is funded by NASA through the Center for Utilization of Biological Engineering in Space (CUBES), led by UC Berkeley. In addition to Yates, Nandi and McDonald, the project team includes: Nancy Lane, endowed professor of medicine and rheumatology and director of the Center for Musculoskeletal Health at UC Davis School of Medicine, an expert on osteoporosis; Abhaya Dandekar, distinguished professor of plant sciences; project scientist Imran Khan and graduate student Yongao Xiong, Department of Chemical Engineering.