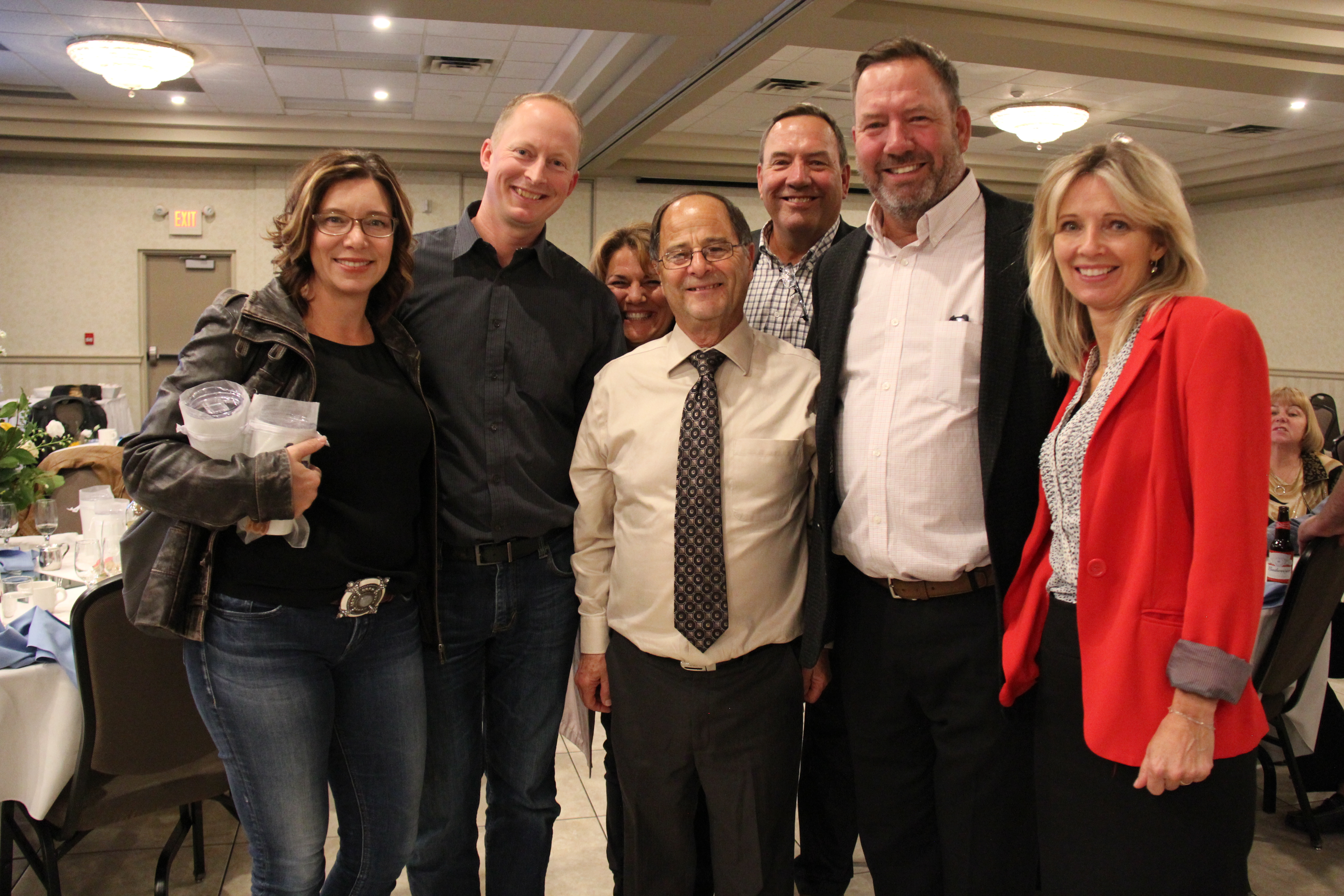 “I am thankful to everyone who attended,” says Sawaya. The founder of Focus Greenhouse Management, Sawaya has worked with and garnered the respect of many greenhouse floriculture producers in Ontario for over three decades.

A known supporter and vocal advocate of the horticultural industry, Sawaya is involved in a number of initiatives, such as programming for the Canadian Greenhouse Conference and Grower Day, as well as regularly contributing to Greenhouse Canada magazine. He’s also coordinated the annual Sawaya Garden Trials in Simcoe, Ont. for the past 19 years. What first began with 150 varieties, the trials now showcase over 3000, allowing growers to see how new varieties perform in the southwestern Ontario climate.

“I just want to say how much we appreciate your friendship,” says Andy Vander Hoeven of Vander Hoeven Greenhouses, echoing the sentiment of many other growers who attended that night. “You’ve been a real confidant to us. Just a real treasure. We really appreciate everything.”

Originally from Lebanon, Sawaya exhibited his entrepreneurial spirit from an early age. At 17, he built a tennis court and started Sawaya Tennis Courts in his hometown, clearing the area of trees with his own hands. It’s been well-loved by locals and formed the seed for a whole generation of excellent tennis players in town and within the immediate family, he says. Sawaya Tennis Courts continue running to this day.

At his sister’s insistence, Sawaya enrolled in a university pre-med program, but he quickly realized that this wasn’t the right choice for him. Looking at the courses he took – chemistry, biology, and math – he realized he could apply these same credits to a different program. “That’s how I ended up in horticulture.”

Never one to take the road well-travelled, Sawaya embarked on a student-exchange program to Canada where he met his future wife Maureen – on a tennis court. Eventually, the couple began thinking about starting a family, but Sawaya’s migrant status didn’t help on the job front and making 35 cents an hour was no way to support a family. “I sent out around 70 applications – not even an answer,” he says, describing an experience that many foreign professionals still run into today. By taking courses and making connections at the University of Guelph, he was eventually offered a job at Fernlea Flowers.

“I started as a water boy,” he recalls, before progressing through the ranks to manage different areas of production. Seeing a need, he started grower supply company Pro Gro under the umbrella of Fernlea Flowers, supplying grower products to other producers.

After 12 years at Fernlea Flowers, Sawaya decided to try the consulting business, filling a need that he saw in the industry. Starting at a 50 per cent pay cut in the first four months, the business exceeded his expectations in the next six, confirming that his decision was the right choice. At one point, Sawaya says, he was working with 55 different operations, amounting to approximately 90 per cent of the greenhouse floriculture volume in Ontario. “It is now down to 44 operations because some customers sold to cannabis,” he says, sticking by his decision to not work with cannabis operations.

“Through the shift from Fernlea to consulting, I would not have been able to do it without the support of my wife,” he says of Maureen, with whom he will be celebrating his 43rd anniversary together this year.

“My mom used to count the slices of bread to make sure there’s enough sandwiches for the week so we can go to school,” says Sawaya’s daughter Lara, a professional event planner and entrepreneur who organized the evening’s festivities. “That’s how you support your family business.”

“I learn from every situation. The bad ones make me stronger and the good ones make me thankful,” Sawaya says. Acknowledging everyone in the room for their years of support and collaboration, he expressed his gratitude to Fernlea for taking a chance on him and continuing to work with him today, making them the longest-serving customer he’s worked with at 42 years and counting. Always thinking of the horticultural sector, he adds, “Don’t be afraid to ask for help…and don’t be afraid to lean on the strengths of others.”

Whether it’s his family or his clients, Sawaya puts people first and treasures every moment – a fact that is evident in his photography and the camera that never leaves his side.

“He lives his life behind the lens,” says Lara. “I think our whole life was ‘What do you want for breakfast?’ Click. ‘What time are you getting on the bus?’ Click. We have more printed photos than I think any child or family should have. But we’re grateful for it.”

“After all, a picture is better than a thousand words,” adds Sawaya. “Especially for a guy [who speaks] English as his second language.”

Over 150 people were in attendance at the 30th anniversary event for Focus Greenhouse Management, held in Brantford, Ont.


Related
Mixed containers: A grower’s guide to getting it right
Growing profits from poinsettia
Leaders in Canadian horticulture recognized at CHC annual general meeting
THE ROOT CAUSES of Some Common Crop Problems