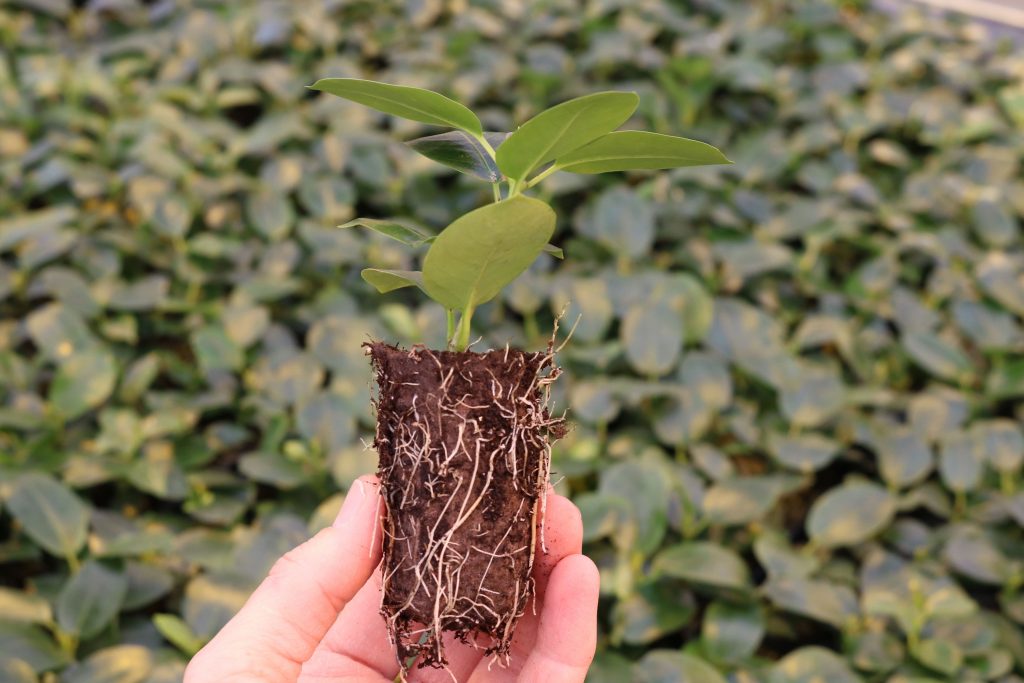 A.M.A. Horticulture Inc. (A.M.A.) has produced and sold more than one billion Ellepots this week.

Ellepots are stabilized media that generate fast, healthy rooting and help growers reduce plastics use, says A.M.A., the first company in North America to produce and sell Ellepots to growers. They’ve since become a leading supplier of the sustainable propagation solution.

“After twenty years of plugging away at Ellepot production – pun intended – it’s been incredible to see the difference this solution has made for our customers, who have come to count on Ellepots for high-quality liners and more efficient propagation practices” says Rick Bradt, who co-manages A.M.A. in partnership with his wife, Connie Bradt-Monsma. “We are grateful for their trust and ongoing business, as well as the steadfast support of our partners at Ellepot and Blackmore Company, to reach this landmark of one billion Ellepots sold.”

A.M.A. is a solutions-driven supplier serving the North American horticulture industry. The company first entered the Ellepot business in the late nineties, when Skip Blackmore, President and CEO of Blackmore Company, placed an Ellepot machine on the A.M.A. truck during a regular pickup.

“Ellepots were new to the market at that time, with no more than a small handful of machines across North America, all operated by growers for their own production,” says Blackmore, whose company was and still is the distributor for Ellepot machines in North America. “A.M.A. was a natural partner to produce the plugs commercially. They had been our Canadian plug tray distributor for years and were trustworthy, daring and easy to work with. This new venture opened up a whole new market and together we’ve helped bring Ellepots across North America.”

Today, Ellepots are a household name in Canada and the US. They are widely used in the industry by growers for propagation, according to Lars Steen Pedersen, CEO of Ellepot in Denmark, and have had significant impact on advancing horticultural practices.

“Ellepots are uniquely designed to hold a lot of air in the substrate and they have helped to increase education and knowledge around the benefits of air pruning in propagation,” says Pedersen. “Today, as we increase our assortment of degradable and organic paper options, Ellepots are also helping to promote sustainable propagation. It was a great move for Blackmore-EllepotUSA to partner with A.M.A. because they were not only committed to producing high-quality Ellepots for their customers, but they also believe in the product and its ability to help overcome challenges faced by the horticulture industry. We thank everyone at A.M.A. for the great job that they have done for us and Ellepot. It is great to work with such a dedicated team.”

“Over the years, our production team has become nimble and extremely knowledgeable about Ellepot production, and we can meet most grower requests to customize media for specific crops,” says Willett. “We also work hard to deliver on time and as needed so that growers don’t have to stock large amounts of inventory, and that’s invaluable during peak season.”

A.M.A. says they take a tailored approach, working with customers to choose the right Ellepot size, tray, paper type and mix combination for their growing goals. Ellepots are produced on-site and shipped ready-to-use across North America. Starting with just one machine twenty years ago, A.M.A. now has ten machines in service, run by a dedicated, hard-working team.

“Our Ellepot story is one of teamwork and willingness to innovate – both of which are in our company DNA,” says Connie Bradt-Monsma, co-managing director of A.M.A. “When that first machine arrived at our warehouse from Blackmore, I remember thinking, ‘what the heck is this?’ By trusting our partners and learning about the technology, we quickly saw that Ellepots would be a game-changer for our industry. Now a cornerstone of our business, we are so glad that we took that leap.”

Reflecting on this milestone, Bradt-Monsma concludes, “Sometimes in this industry, opportunities are literally delivered to your door. To be an innovator is to recognize them as chances to grow and cultivate change.”

Related
Growing lettuce in the deep
A.M.A. unveils new name
In conversation with the graduates