If you can see a problem with a crop, it’s a good idea to first check what’s going on below the surface. Prevention is the best investment you can make, and it begins the first day the plants go in. 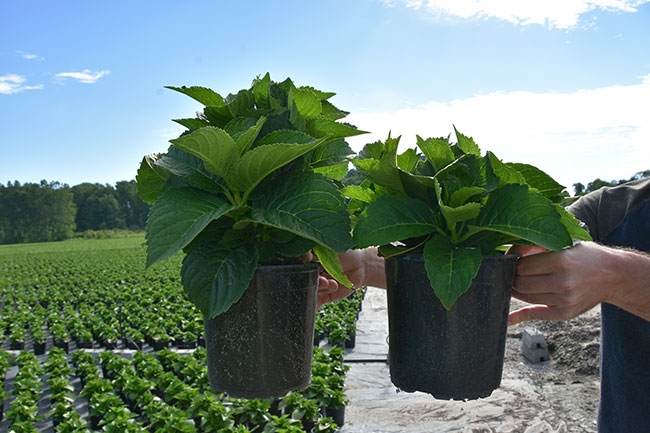 July 2017 – As growers, many times we do things by going through the motions of what we did before and whether it worked or not. If what we did before worked we try to repeat it – but that is only if we kept records we can review before starting to grow crops we produced before.

If our previous attempt did not work we change things, hoping doing something different will fix the problem. Most of the time we go overboard on fixing the problem rather than looking into the cause and preventing it. During my 39 years in the greenhouse industry, whenever there has been a problem I will try to fix it, but with an emphasis on how to prevent it from happening again. This takes a little more time, but it also means we are not going to have the same problem again. It means fewer headaches and is much more cost effective.

Plant roots are a major part of plant health and most of the time if there is a problem we revert to applying chemicals. This might solve one aspect of the problem but can often create another problem. I will expand on this later.

To be able to prevent problems with the root system, the first step is to be familiar with it.

The plant root system constantly provides the leaves and the stem with water and dissolved minerals. The photosynthate from the leaves are transported to the root system via the phloem. Any obstruction to this process delays the growth of a plant or it grows undesirably.

Fig. 1 at right shows the root structures and their functions.

Root tip: This contains young tissues that divide into the root cap. Root cap meristem cells push cells into the cap region which forms the columella cells that contain amylopasts that are responsible for gravity detection, light and pressure from soil particles. When the columella cells are at the periphery of the root cap they differentiate into peripheral cells that will secrete mucigel, a hydrated polysaccharide that contains sugars, organic acids, vitamins, enzymes, and amino acids. Mucigel helps in:

Quiescent Centre: This lies right behind the root cap and the function is to replace the meristemic cells of the root cap meristem.

Subapical Region: This region is right behind the quiescent centre and it is divided into three zones:

Epidermis cells are not covered by cuticle so that they can absorb water and minerals.

Cortex is interior to the epidermis and has three layers:

Stele: All tissues inside the endodermis form the stele, which includes the outermost layer;  the pericycle is a meristematic layer involved in the production of branch roots. The stele also includes the vascular tissues that comprise the xylem and phloem.

As you can see the root system is an integrated unit of structures and mechanisms and that each part is key in supporting a healthy plant. When the physical environment is optimal around the root system then all cells will function properly and healthy plant growth will prevail.

This quick look at the different structures and parts of the root system stresses the importance of having our growing culture practices in a manner to have the best physical environment that induces plant growth.

Having this brief lesson in root physiology will help us in the practicality of applying the best practices to get healthy roots.

Fungicides should be the last line of defence to achieve healthy roots. They can be costly. Expenses can quickly add up to thousands of dollars if fungicides are used routinely. I know that first-hand from my previous job when we were drenching every plant transplanted with a fungicide at a cost of $68,000 by the end of the year. Stopping the practice saved the $68,000 and we ended up with healthier plants.

Another example of the unnecessary use of fungicides is in the production of Easter lilies. Some of the literature still recommends drenching them with a fungicide to control pythium and rhizectonia every four weeks. However, for the past 25 years we have grown Easter lilies, have never applied fungicides, and the crop is better than ever.

Watering to make the plants turgid and not saturated is the key to healthy roots. Water according to the physical requirements of the plants:

Plants should not be watered with flood floors or trough benches until the new growth is over three cm after the pinch. Since we cannot lightly water with these systems then we have to wait until the plants can handle the water volume.

Oxygen is an integral part of root system health.

Fertilize with an EC target so we never have to leach and are able to fertilize with every watering. Plants like continuity, they are not much different than human beings because we eat every day and not have only a super large meal once a week. Measure EC levels frequently so you do not over-fertilize or under-fertilize and adjust your rate accordingly.

A cold root media, and it being wetter than normal, is the perfect recipe for establishing root diseases. Do not sabotage your media temperature – you are not saving any money.

Plant only healthy liners or plugs. There is no place for inferior starting material especially if some are good and the others are not and you have to apply the same watering and fertilizing regime. If you have to, sort the good from the bad and treat them differently.

Inferior unrooted cuttings or seeds should be discarded – there’s no point trying to salvage them. Weak starting material will show through the whole production cycle, and most likely we will have to nurse unhealthy roots.

Sorting plant material upon spacing, especially with any mechanized watering system, is the ultimate insurance for having healthy root systems. Whether it is boom, trough, drip or flood floor small plants cannot be watered like large plants, because the root system will be in jeopardy.

Use reputable soil media with no compromise. Something with the proper pH, EC, wetting agent and porosity is the least expensive media when it comes to root health and ultimately business health.

Melhem Sawaya of Focus Greenhouse Management is a consultant and research coordinator to the horticultural industry – mel@focusgreenhousemanagement.com.

Related
Part 2: the new and the improved at CAST’17
Ontario trials offer pointers on points
The complexities of managing the media
A good year for peat moss harvesting