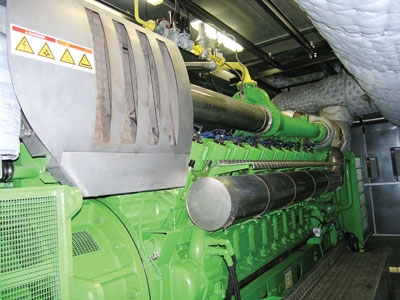 The Netherlands is a world leader in cogen technology.

When looking to optimize energy use, look to those already successful – growers in the Netherlands

As noted in our initial article (December 2010), managing energy use is the first step in the Journey of Energy Excellence for Greenhouses program. The type of crop, weather conditions, equipment purchased and equipment operation impacts daily, monthly, seasonal and annual energy usage. How you use energy and what you need to obtain from it (heat, light, CO2, etc.) impacts the type of energy used, as well as procurement for commodities and transportation. It even affects your distribution costs.

When looking to optimize energy use, it is prudent to look at those who are already very successful, managing their energy and implementing worldwide best practices. The Netherlands is seen as being a global leader in greenhouse management, and over the past 30 years, it has refined its practices so much so that it has improved energy efficiency by over 50 per cent. So, what can we learn from the Netherlands and how can we transpose those lessons to North America? To learn from it, we must understand how it became the most energy-efficient greenhouse operator in the world. 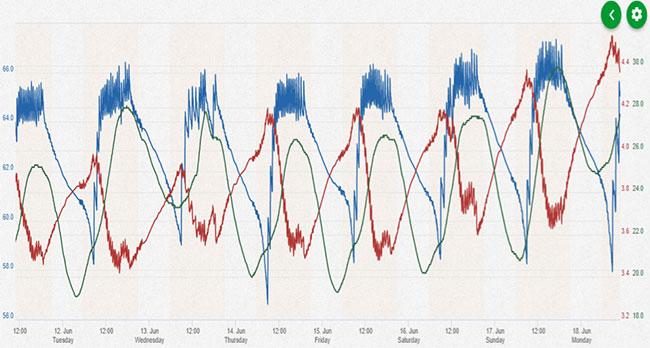 After the 1973 energy crisis, Dutch greenhouse operators found good reason to initiate a move towards improving their energy efficiency. Between 1980 and 2000, energy efficiency among Dutch greenhouses improved by 44 per cent. This success was rooted in the many energy efficiency improvements made by growers during this time frame, and was in large part due to the introduction of CO2 enrichment. The introduction of CO2 meant fuel consumption did not decline, but energy efficiency and thus production increased significantly. In 2002, the Dutch government saw even more room for improvement, and decided to put much stricter rules in place. The target they imposed was to improve the efficiency of greenhouse horticulture by 65 per cent relative to 1980. Figure 1 (pg. 20) shows target energy figures for some typical crops.

The Dutch government supports the industry in reducing the use of fossil fuels, and in the use of renewable energy and the reduction of greenhouse gas emissions. The government uses a negotiated agreement with the horticulture industry (Glami Covenant) and efficiency standards (Greenhouse Horticulture Orders in Council). This is a public-private partnership with shared costs. There are also strict environmental laws in place to regulate energy use. The focus is on energy efficiency but also includes plant nutrition and crop protection.

Currently, a target of two per cent energy efficiency improvement per year between 2011 and 2020 is in place, as well as a move towards 20 per cent of overall consumption from renewable energy sources by 2020. (This is being driven by an EU Renewable Energy Directive.) The focus on energy savings in the greenhouse industry comes about through simple reasoning. Increasing energy efficiency not only aligns with the country’s commitment to the Kyoto Protocol, but also is essential in order to remain profitable in a highly competitive produce market.

In order to achieve energy efficiency improvements of this magnitude, the Dutch have taken a number of specific steps.

To determine the starting point for each greenhouse, growers had to record their energy usage data, year on year, for five years. They were also required to produce a growing plan by Nov. 1 of each year, which predicted how much energy would be used and the impact production had on the environment. The information regarding energy use was tracked by a trusted agency and resulted in greenhouse benchmarking. This information was made available to participants and showed how effective they were in their management of energy in comparison to others producing the same crops, as well as in comparison to national targets.

The information gathered was expressed in energy units per square metre. This method of breaking down the amount of energy consumed based on the amount of space within each greenhouse makes the resulting values comparable between greenhouses, years and crops. Simply looking at how much each greenhouse consumes during a given time does not accurately measure energy efficiency improvements that may result. Figure 2 shows the breakdown between fuel type and the variance between typical and best practice.

It should be noted that while the use per square metre of greenhouse space allows for comparison, it does not take account of the impact of multi-decking on production. This means that we could have two growers with the same kWh/m2, but have one producing twice the amount of product of the other. This illustrates the care that is needed with benchmarking.

The energy information captured is documented and openly shared with various stakeholders. These include growers, associations, universities and suppliers. The industry-wide objective and openness of information has allowed stakeholders to co-operate and encouraged integration of ideas, helping identify what steps the industry can take to improve its performance.

The industry found focusing on the management of existing equipment delivered significant savings with little capital expenditure simply by optimizing how they operated and maintained equipment. Dr Sjaak Bakker, business unit manager of greenhouse horticulture at Wageningen University, suggests the re-commissioning of existing equipment not only brings quick savings with an excellent return on investment, but it also enhances the knowledge of the grower on where energy is used and what performance improvements can be done in future.

When looking at equipment, which is just part of the equation in improving greenhouse efficiency, basic requirements such as the types of construction, materials in walls, roofing and gutters must be considered. In heavily heated greenhouses, use of climate control computers is required, with accurate sensors for temperature, humidity, CO2 and energy usage. Growers are encouraged to install energy-saving equipment such as thermal screens, condensers, insulation on boilers and pipes, heat buffers, as well as equipment to capture waste heat from external sources. The Dutch system is set up to encourage growers to achieve high standards in energy efficiency. Growers are rewarded in the form of subsidies and tax deductions for their conservation activity, as well as investment-supported reduced interest rate (mostly paid by Dutch growers).

So what can we learn from this? Energy savings come from operational and technical best practices, and are supported by good data management. Improving energy management culture within the greenhouse industry requires coordination and cooperation among the various stakeholders. Focus on improving energy efficiency (GJ/m2, GJ/m2/kg) rather than energy consumption is more effective, comparable and measureable.

Improvement can only be demonstrated by comparing current data benchmarks on energy use and production to new data as it becomes available. It is essential data captured is accurate and shared with people who have full responsibility and accountability for operation and production.

Ongoing education and awareness
Ongoing education and awareness is required by growers and suppliers in ever-changing marketplaces. The greenhouse industry is motivated to pursue energy management only when there is a clear reward. Improving energy efficiency reduces the need for additional energy infrastructure (pipelines, electrical distribution), which is a significant investment that is in the end passed on to energy consumers. Energy efficiency benefits growers who want to improve their bottom line and remain competitive in a maturing produce market.

While there are significant differences between the Netherlands and Canada in terms of climate and government regulations, it is clear that there are lessons to be learned. By actively managing how greenhouses use energy, significant savings can be realized.