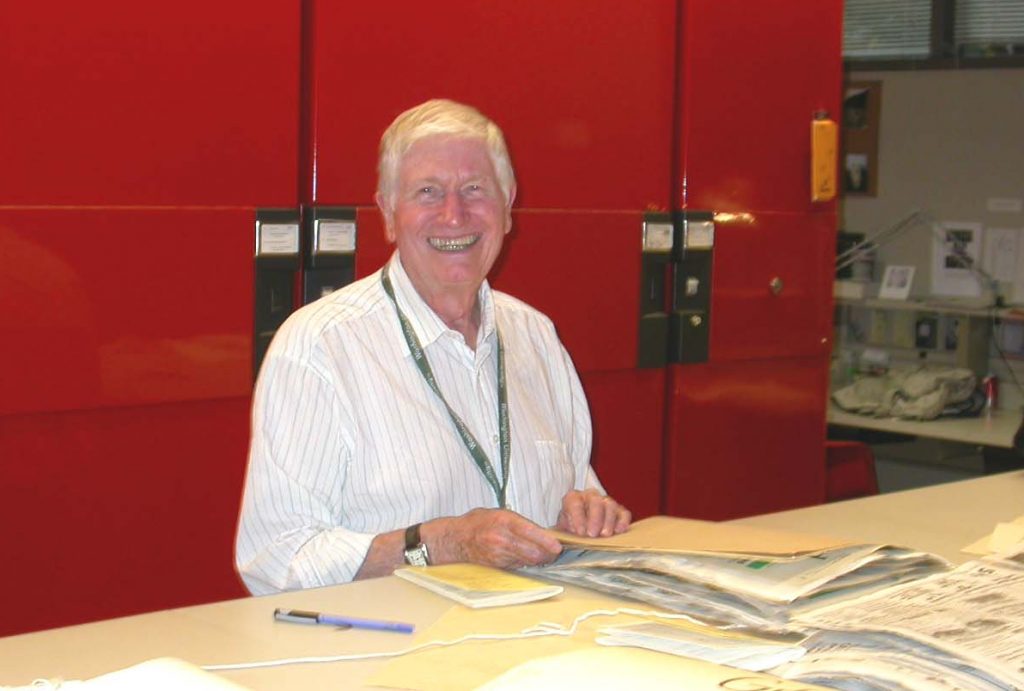 “This collection represents a wide range of species and nothospecies with many of the latter named for their origins in Canada,” says wife, Dr. Memory Elvin-Lewis, a microbiologist and ethnobotanist at Washington University.

With 27 papers published on the classification and ecology of North American wild roses, Lewis was considered the leading authority on the topic and was named “Great Rosarian of the World” by the American Rose Society in 2013. Much of his work was incorporated into the Roseaceae-focused Volume 9 of the comprehensive taxonomic guide, Flora of North American: North of Mexico, which was dedicated to him, says Elvin-Lewis.

Aided by the Missouri Botanical Gardens where Lewis was senior botanist, Elvin-Lewis is donating sets of his live wild rose collection.

“He collected and studied these throughout his lifetime.” she says.

Institutions interested in acquiring parts of the living collection may reach Elvin-Lewis at the email address below. A list of the species is also available for download.

The career of a lifetime

Born in Carleton Place, Ont. near Ottawa, Lewis graduated from the University of British Columbia and completed his PhD in at the University of Virginia. He went on to pursue post-doctoral studies at the Royal Botanic Gardens, Kew, U.K, the Royal Swedish Academy of Sciences and other institutions, before joining the faculty at Washington University, St. Louis in 1964.

In addition to roses, Lewis conducted research in many botanical areas including taxonomy, ethnobotany, pharmacology and ecology. “Lewis is credited with collecting more than 23,000 plants worldwide and at least a dozen plant species are named in his honour,” according to the university.

“Several new taxa have been named by him, with many appearing in the 31 papers he has written on the classification and phytogeography of mostly semi-tropical and tropical species,” writes Elvin-Lewis.

The author of over 300 publications, Lewis also served as editor of three scientific journals and on multiple scientific editorial boards, including the National Research Council of Canada Research Press Monograph Publishing Series.

His work on polyploidy and plant genetics in the 70s, as well as publications on medical botany and allergenic pollen, formed the basis for future work in these areas and influenced state and national policies in safeguarding endangered species for use as herbal medicines.

Among his many accolades, Lewis was the recipient of three honorary doctorates from the University of Waterloo, Andrews University and the University of British Columbia. He was a Guggenheim Fellow, a Fellow of the Linnaean Society, London, England, and a Fellow of the International Society of Herbal Medicine, India. He was also a recipient of the Martín de la Cruz Silver Medal, from the Mexican Academy of Traditional Medicine and the E.K.Janaki-Ammal Gold Medal, from the Indian Ethnobotany Society. Two international societies, the International Society of Aerobiology and the Society of Economic Botany, elected him president, with the latter also conferring on him the title of Distinguished Economic Botanist.

With files from Dr. Memory Elvin-Lewis. She can be reached at elvin@wustl.edu.