From nerve-racking to bestselling, growers banded together for one of the best seasons yet. 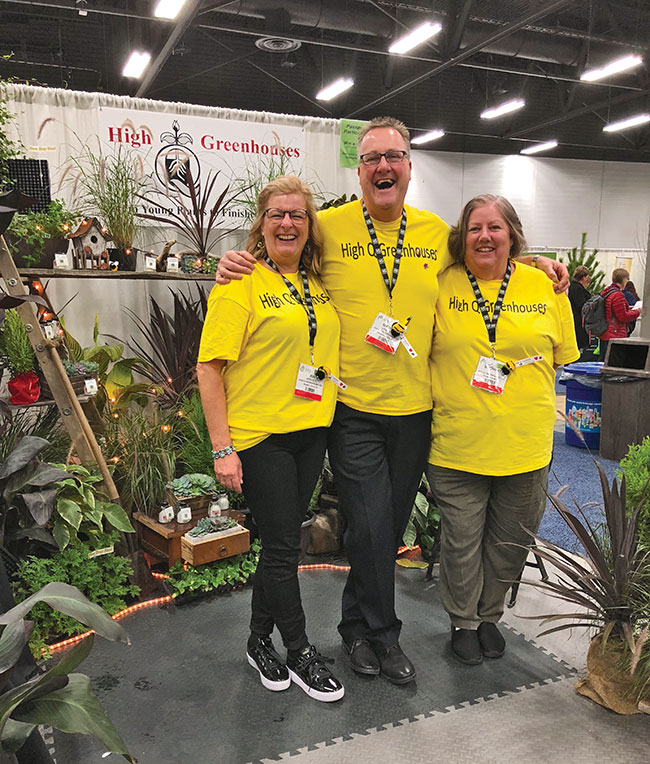 The Canadian ornamental sector will forever remember 2020 as one of the bestselling seasons to date.

“I sold 30 per cent more than I did any other year,” says Michiel Verheul, owner and operator of High Q Greenhouses in Sturgeon County, Alta. Of the 400 independent garden centres (IGC) that he supplies, only three cancelled or reduced their orders at first, he says, grateful for his customers’ support. But the three soon uncancelled and repurchased, and at higher quantities than before, as IGCs in Alberta reopened and stock started flying off the shelves.

It was the second half of the business that had him questioning their financial stability. Supplying contract-grown material to municipalities, Verheul often goes through great lengths to source the exact colours, varieties and sizes requested and some selections were started months in advance. When the COVID wave arrived, several towns and cities reduced their orders by half or cancelled them outright due to reduced or diverted seasonal staff. This left Verheul with a large fraction of highly specialized material, uncommon for the normal consumer crowd.

Upon hearing his predicament, close friend and customer Debbie Foisy, immediately reached out to her social media following. While Deb’s Greenhouse doesn’t normally bring in bedding plants, gardening materials were in high demand as interest surged in home gardening. She identified Verheul’s products, encouraging customers to support a local grower who had suffered losses due to COVID, with High Q receiving almost 100 per cent of the proceeds. “It helped me move [product] in a way that I couldn’t on my own, getting it into the hands of people who really desperately needed it,” says Verheul.

Fellow growers, including those who had never ordered from High Q before, also came forward in his time of need, moving 80 to 85 per cent of Verheul’s more unusual material. “And they’re not $2 items,” he adds. Grateful for their support and foreseeing an emerging gap in supply, Verheul immediately began seeding and planting leftover material from prior seasons to help other growers.

“Nobody really knew how much we were going to sell, but based on European markets and what we saw in other places in Canada, we heard reports where the growers couldn’t bring them fast enough to the garden centre. The garden centres were running out.” Verheul’s team filled trays of popular ornamentals by the hundreds and grew tens of thousands of tomato and pepper plants in four-inch containers, all finished and ready for retail. 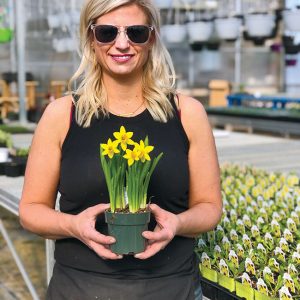 Debbie Foisy has kept her garden centre open for longer to keep up with demand. photo credit: Deb’s Greenhouse

“We fought very hard as an association to get essential status,” says Verheul, who also serves on the Board of Directors of the Alberta Greenhouse Growers’ Association (AGGA). But once IGCs were allowed to open, Foisy says the response was overwhelming. Evidence of a new audience emerged as 83 per cent of her online sales were from new visitors to her web store, some brand new to her IGC and others purely brick-and-mortar customers before.

Because one of the long-time greenhouses in the area recently retired, Foisy had already increased their seedling and young plant orders this year. “Then when COVID hit, we anticipated demand to be even greater and we upped it again.”

For growers and IGCs that remained open, it was their busiest July yet. Foisy extended her retail season by two more weeks and lengthened their store hours to accommodate more customers. She also hired three staff full-time, in part to enforce strict COVID regulations so both staff and customers felt safe, as well as handle curbside and in-store pickup of web orders. But for growers who ran out of plant material and didn’t source more, Verheul says they missed out. “Long-time customers that have carried you through the wet years, the cold years, and the dry years – those customers that came to a closed door – are they going to support you next year or are they going to support a local grower that has continued to try and get product in from elsewhere?”

Receiving inquiring calls on everything from peat moss to garden supplies, he’s gladly referred them to other businesses even though he didn’t supply them. “You would never get that kind of service from a box store.” Many garden centre departments of large supply chains closed a month early in their area. “People who normally shop at box stores have been forced to use the independent route,” says Verheul.

“I think that the pandemic has really opened our eyes, not just in our industry, but to what joy we can provide [to the public],” says Foisy. Seeing the initial unease in her community over COVID-19, she created how-to videos on food gardening and other fun projects over social media, while offering her greenhouse as a garden oasis for private bookings back in April.

For her next project, Foisy is planning a large outdoor display garden with multiple uses. Not only will it house every perennial in their catalogue, the garden will also double as an educational space and foster connections between plants and consumers. It’s also family friendly. The garden will feature a number of small doors and hidden pathways reminiscent of Alice in Wonderland and the Secret Garden. “Thinking about the pandemic, people don’t want to feel congested when they’re shopping and it’s never been more apparent than this year,” she says.

Verheul predicts that 50 per cent of this year’s first-time gardeners will return and continue for the next four years.

Moving forward, Verheul believes that IGCs will continue to enforce appointment bookings. “You can get in, because this is your time, your spot and it gives the customer a really privileged feeling… It’s like having somebody lift the ribbon when you’re at a famous nightclub,” he says. While a box store may offer the opposite of a VIP shopping experience with unpredictable wait times, IGCs have created a positive atmosphere albeit the personal protective equipment and physical distancing in place. “You’re with 15 other people instead of 300… It almost feels like you have the greenhouse to yourself.”

Even if COVID lockdowns are lifted by next season, Verheul predicts that 50 per cent of this year’s first-time gardeners will return and continue for the next four years. He advises IGCs to pre-sell online before they open in April. “Generate some cashflow. Even if it’s not picked up or delivered right away,” he says. “We can train our customers to avoid disappointment when they phone on June 15.”

In the constant tug-of-war between box stores and independents, it seems that COVID may have put IGCs ahead.