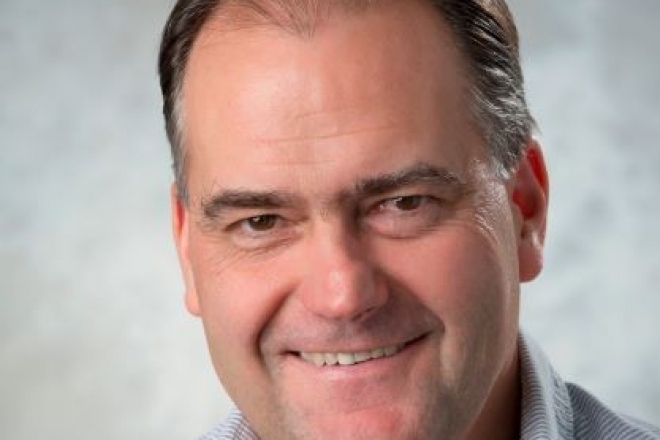 The Ontario Fruit and Vegetable Growers’ Association has a new chair and vice chair.

Grape grower Bill George Jr. was elected as the new Chair of the Ontario Fruit and Vegetable Growers’ Association (OFVGA) at the organization’s 160th annual general meeting, after serving two years in the vice chair position. He takes over the role from greenhouse grower Jan VanderHout, who became chair in 2017. Apple grower Charles Stevens is the new OFVGA vice chair.

“I’m looking forward to working with the board and staff at OFVGA – we have expertise in every area around that table and on our team, and it is part of my role to help bring that expertise forward to influence policy on behalf of growers,” says George.

George and his wife Lesliann grow 160 acres of wine grapes in the Niagara region, as well as harvesting and processing ice wine juice on a farm that has been in the family since 1796. He is a graduate of the University of Guelph, where he studied horticulture and in 2001, he was chosen as Grape King, a title that is bestowed annually based on vineyard management and knowledge of the industry.

In 1995, he joined the board of the Grape Growers of Ontario as a director, eventually becoming Vice Chair and then serving as Chair for nine years. George became a director on the OFVGA board in 2015, and was elected vice chair in 2017. He also currently represents Ontario on the Canadian Horticultural Council.

“OFVGA works for growers on a wide range of issues, but certainly crop protection and labour will be key files for us this year,” George adds.

Fred Meyers has joined the board as the director representing Ontario Tender Fruit, taking over from John Thwaites.