Unique grab-and-go kits engage new customers and take out the guesswork for growers. 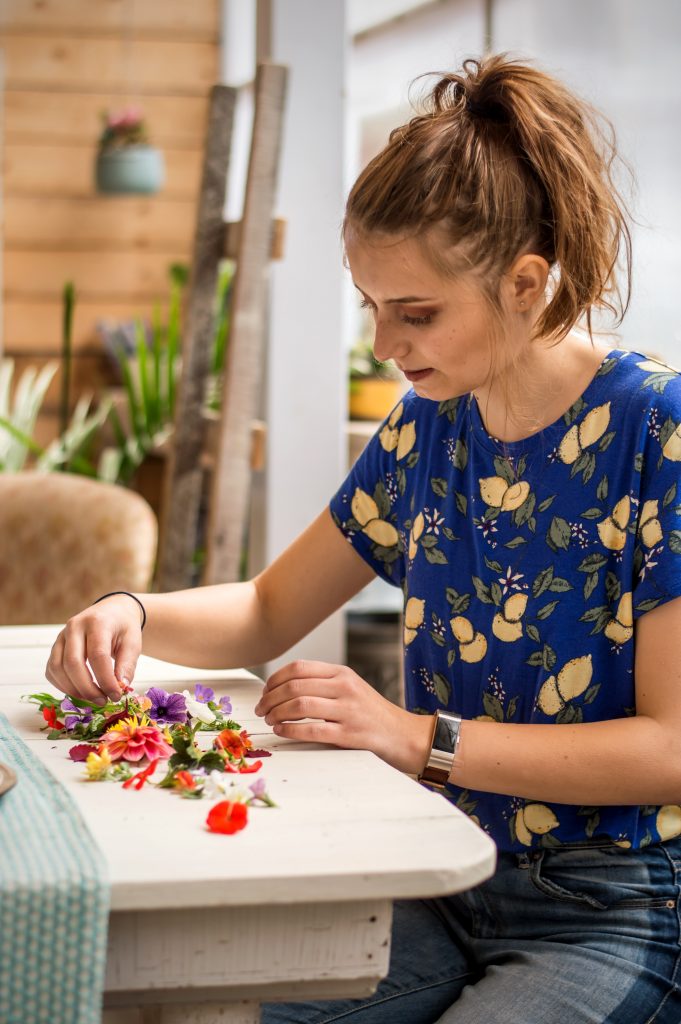 There’s a new series of combinations in town, but growers won’t be the ones planting or designing them.

Known as ‘Envee’, these consumer DIY kits have been an unexpected hit at Deb’s Greenhouse in Sturgeon County, Alberta. Designed for convenience, each grab-and-go kit contains nine plants in half trays of 1835s, accompanied by an instructional postcard to show the consumer how and where to arrange each variety. The result is a beautiful, combination that takes the guesswork out for both the grower and the consumer.

That’s the uniqueness of the kit, explains Michiel Verheul, grower and owner of High Q Greenhouses. With other combination series such as Trixis or Confetti liners, there are no instructions for where the plants should be placed. “[Customers] don’t know how big the plants get, [whether] it’s going to take over and choke out something else or …look bare.”

The driving force behind Deb’s new business venture isn’t grower and owner Debbie Foisy, but rather her 18-year-old daughter and budding entrepreneur, Paige Foisy, a college student in business administration.

Having previously worked for one of Edmonton’s top event and floral designers, Paige combines her passion for design with her greenhouse upbringing to create fresh, never-before-seen combinations. Creating each new design is an organic process. Strolling through her mother’s greenhouse, she chooses from a multitude of flowers and foliage, lays out each design on a wooden table or white background to take a flat lay photo, then enlists greenhouse team member Aimie Williams to help construct the kit and design a recipe card for the mix.

“Everytime I created [a mix], colours and textures were always at the back of my mind,” says Paige. Blending material from different breeders, Paige’s combinations offer striking visual appeal while staying true to the customer, who isn’t likely to differentiate between varietal brands.

Targeting a consumer base of nearly 99 per cent women, each combination has been given a name that conveys classic elegance and femininity, such as Genevieve, Delilah or Charlotte. Customers would come in within hours of it being posted on Instagram or Facebook and request specific mixes by name, says Debbie. With Envee kits selling out every day, they’ve had to dedicate at least one full-time person to restock the combinations.

“Customers would often only buy four or five plants for their planters, but they always took nine with the kit, and they often added more,” Debbie adds. “Now we’re upselling a third to twice as much plant material, and [the customer is] getting a better product.”

In addition to taking pre-orders from their customers, Deb’s will also be selling their recipe postcards in packages of 25 to other growers for the upcoming season. Because the selections are often common varieties, most growers will find that they have many of them already on order from their own suppliers.

“Some of the components that Paige picked are [common] things like Dusty Miller,” says Debbie. “Now instead of it going into a six-pack cell, it’s going into a 3.5” pot. That’s a huge [difference in] margin.”

Launching with nine of their best combinations this season, Paige and Debbie will be looking to release more of the 30+ designs in their repertoire for the future.

“They say the newer generation loves to garden,” says Verheul, but nobody has taught them how. “In an effort not to fail, they’re not doing it at all.” By offering grab-and-go DIY kits, Envee is empowering a market that has the interest, but not the skills nor the experience in gardening.


Related
Adapting to the evolving needs of today’s consumers
Looking back towards the future: State of the industry
Garden centre experience: It’s more than just plants
Science of retail: Eye-tracking in the garden centre