Features Lighting
Does green light penetrate deeper into the canopy? 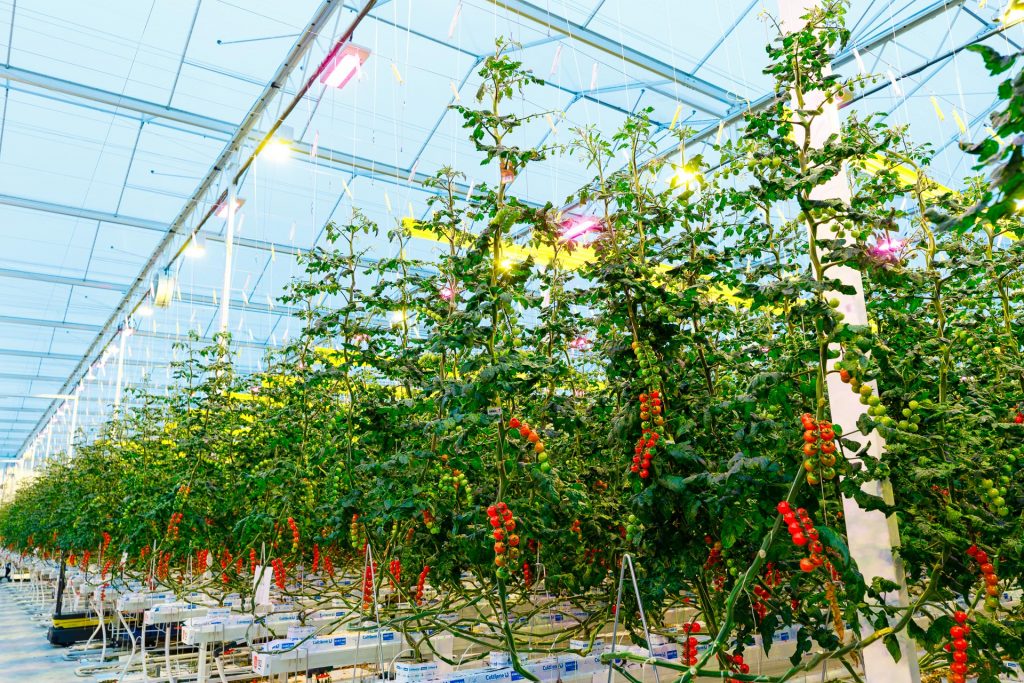 There are several myths surrounding the specific light spectra used for growing crops and, more specifically, the use of white, green, or broad-spectrum light.

In this Q&A series, Signify’s plant specialist Esther de Beer aims to bust these myths about white light. For this first installment, she tackles the question of whether green light penetrates deeper into the canopy.

What is the difference between LED grow lights and sunlight?

Sunlight contains roughly equal amounts of red, green, blue, and far-red light. One of the advantages of LED lighting is that this spectrum can be tailored. Different crops require different spectra, but most of LED light spectra have relatively little green light. There are several myths surrounding the use of both white light and green light – such as that the latter penetrates deeper into the canopy and therefore leads to better growth.

Why do people think that green light penetrates deeper into the canopy?

Plants are green, which means that green light is partially reflected by the leaves of the plants. Therefore, it does seem very plausible that green light penetrates deeper into the canopy. To investigate this, we did several measurements in crop canopies and found some surprising results.

Up till now, many researchers have measured the optical properties of single leaves. As we know, light is either absorbed, reflected, or transmitted by leaves. From these measurements in a single leaf, they have found that the absorption of green light is about 80%, whereas that of blue and red light is higher, about 90%. Also, about 10% of the green light is transmitted by the leaf, compared to only a few percent of the red and blue light. The absorption of far red light is much lower as well. From this, it seems plausible that green light penetrates deeper than red and blue light.

However, it is risky to draw conclusions from measuring a single leaf, since light transmission in a larger canopy of leaves is much more complicated. To see how the spectrum and intensity changes through a canopy, we decided to take a practical approach and measure the spectrum at different heights in real plant canopies as they occur in commercial greenhouse conditions.

Does that mean that green light behaves differently in a real plant canopy?

Let us start by looking at graph 1. Here, we measured the light at three different heights in a rose canopy (measured in a greenhouse at the Improvement Center Delphy, 2018). First of all, the blue line shows you the amount of light and the spectral distribution measured just above the crop (which is the sunlight spectrum). After that, we measured at a height halfway in the canopy (the red line) and finally we measured at the bottom of the canopy, at the height where you would cut the crop (the grey line).

Graph 1. The light measured at three different heights in a rose canopy.

The first thing we notice is that, as you go lower in the crop, the Photosynthetic Active Radiation light level (PAR light, covering the wavelengths ranging from 400-700 nm) strongly decreases. It turns out that 95% of PAR light is absorbed by the crop. The second thing to notice is that this decrease in intensity is much less for far-red light (which is in the range between 700-800nm). This is to be expected from the low leaf absorption and high transmission of wavelengths above 700nm. Unfortunately, in this graph it is still hard to tell whether green light – which is in the region between 500 and 600 nm – penetrates more deeply in the canopy compared to red and blue light.

How did you investigate further whether green light penetrates deeper into a canopy?

Graph 2 The relative amounts of red and green in PAR light.

What does change, however, is the ratio between red and far-red. If we look back at the top of the canopy in graph 1, there are roughly equal amounts of red and far-red (which is in the range between 700-800nm), as we go down that ratio changes quite dramatically: there is relatively more far-red as we go down in the canopy.

This is only for rose canopies, what about green light for other crops?

The above was also tested in a tomato crop at a greenhouse of Wageningen University & Research Bleiswijk in 2020. You can see the results in Graph 3. These measurements were comparable to the ones in the rose canopy, but now the spectrum was measured with intervals of only 50 cm. Still the same thing happened; the green to PAR ratio is constant with height, while the red to far-red ratio changes.

In both the rose and tomato crop, by far most PAR light is absorbed by the crop. A small fraction passes through the canopy ‘unhindered’ by leaves. It is this small amount that determines the -surprising- finding that at the bottom of the canopy there is an equal amount of green light compared to red and blue. 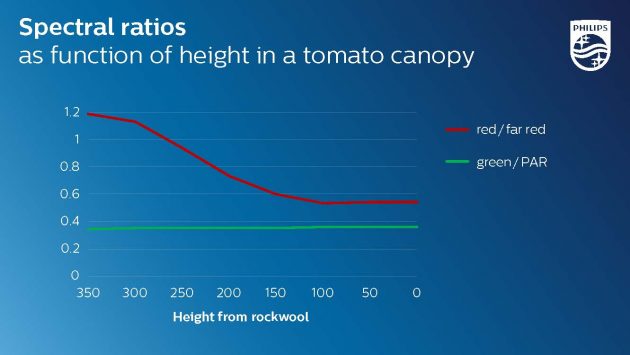 Graph 3 The light measured at different heights in a tomato canopy.

So, this myth that green light penetrates deeper into the crop: is it true or false?

We’ve busted this myth: these results demonstrate very clearly that the green light does not penetrate deeper into the canopy compared to red-, or blue light. We can draw this conclusion because the green/PAR ratio is constant at different heights and therefore is not absorbed by the canopy and does not penetrate deeper into the crop.  Also, we can conclude that the red/far red ratio is dramatically decreased with height. These trials show clearly that far-red is the only light that penetrates deeper into a canopy than the other colours.