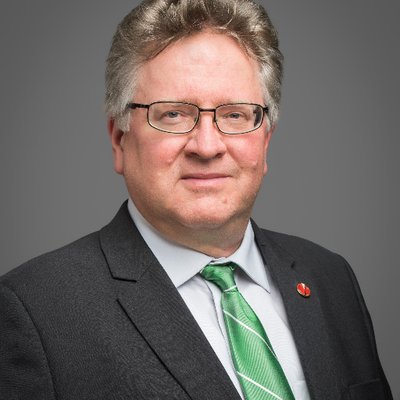 Senator Rob Black. Photo courtesy of the Senate of Canada.

The CPMA’s annual Produce Champion award is given to a Member of Parliament or Senator who has been supportive of the produce industry and effective at bringing industry issues to the forefront on Parliament Hill.

In recognition of this award, Senator Rob Black will be featured in an upcoming episode of the CPMA podcast Produce Talks, in conversation with CPMA President Ron Lemaire.

The 2021 Produce Champion will also be highlighted at the 2022 CPMA Convention and Trade Show in Montreal, Que., next April.

“Senator Rob Black has been a well-known leader in Ontario agriculture for decades,” said Lemaire. “Since his appointment to the Senate in 2018, we have been deeply appreciative of his engagement and consistent support for the Canadian fresh fruit and vegetable industry. We are pleased to honour Senator Black for his ongoing contribution to advancing the priorities of our members and the broader Canadian agricultural sector.”

“Promoting and supporting Canadian agriculture has long been the focus of my work, both in and outside of the Senate,” said Black. “I am honoured to be named 2021 Produce Champion and proud to advocate for the fresh fruit and vegetable sector. They contribute so much to the agri-food sector and to communities across Canada and is sure to be a critical component to our country’s economic success moving forward.”