With legalization on the horizon, and medical cannabis demand growing at a rate of 10 per cent per month, the Canadian marijuana market is ready to roll 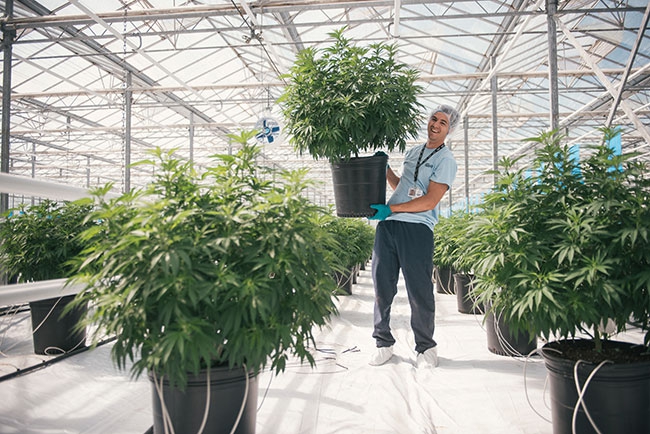 Tweed Inc. is one of the largest medical marijuana companies in Canada.

DECEMBER 2016 – It seems like just yesterday, but it was back in 2001 that the federal government passed the “Marijuana Medical Access Regulations” (MMAR). This law allowed patients, with their doctors’ support, to apply directly to Health Canada to grow their own cannabis.

However, due to a number of concerns over cannabis being grown in neighbourhood settings, in April 2014 the feds passed the “Marijuana for Medical Purposes Regulations” (MMPR). With this law, patients with a prescription could only fill it through producers licensed by Health Canada.

Due to a recent successful court case objecting to this update, the new “Access to Cannabis for Medical Purposes Regulations” (ACMPR) was passed earlier this year. This legislation merged the previous two sets of regulations, again allowing patients the option to either produce a small registered amount of medical cannabis for themselves, designate someone else to do it for them, or purchase medical marijuana from a licensed producer.

There are now 35 licensed cannabis producers in Canada, according to Cannabis Canada, Canada’s official producer association that formed in 2014. About 31 of those are actually in production and only 21 have a licence to sell.  Producers are concentrated in Ontario (at least 12) and British Columbia (at least six).

Seventeen producers make up the current membership of Cannabis Canada. Executive director Colette Rivet says about 10 members do warehouse cultivation and the rest are in greenhouses. There seems to be a rising trend towards greenhouse cultivation.

Canadian producers are using both hydroponic and soil media, Rivet says, with some aquaponics (at “Green Relief” in Flamborough, Ontario, for example) and some aeroponic production initiated as well (Tweed Inc.).

Tweed Inc., a subsidiary of Canopy Growth Corporation, produces cannabis in both a greenhouse (in Niagara-on-the-Lake) and an indoor warehouse facility (in the former Hershey’s chocolate factory in Smiths Falls).

“Both use soil as growing mediums, though we are experimenting with aeroponics for the indoor growing space to see what that could do for us,” explains director of communications Jordan Sinclair. “We started the indoor facility first and shipped our first product from Smiths Falls in May 2014. The greenhouse came slightly later, and is meant to provide diversity and a larger scale for us.”

Sinclair says growing in the greenhouse is more cost-efficient and growing indoors is more controllable. “Natural light is great for the electricity bill,” he says. “But it does lead to slightly longer flowering time because you can’t control every variable the same way you can in a greenhouse.”

While there are some differences in meeting the Health Canada regulations for both types of cultivation, Sinclair says he wouldn’t call one more onerous than the other.

GGS Structures – a designer, manufacturer and installer of commercial greenhouse systems in Vineland, Ontario – has developed considerable expertise in recent years in helping marijuana growers meet the regulations. Crop specialist Gerry Harrison says their cannabis-related U.S. sales are increasing. They are also getting requests on a daily basis from those in Canada hoping to obtain licences, as well as some Canadian licensed producers who plan to expand.

Harrison says ventilation is the most expensive component of an indoor grow facility. On the other hand, “for growing in greenhouses where the air is exhausted, odour is a problem and so far, no one has a good solution,” he says.

“There are systems that mask odour but do not eliminate it. The problem here is that the people operating under the MMAR program do not have any restrictions on odour and the new regulations do not address this question.”

Two years ago, GGS was testing LEDs for marijuana yield and more, said Harrison. “In the U.S., we have visited installations using LED lights and it seems that their production is less than what is expected,” he says. “However, LED lights are the way to go in areas where real estate is extremely expensive and a two-tier growing system is needed.”

For flowering, the cycle of 12 hours of light and12 hours of darkness is still the norm. Most cannabis growers use drip irrigation because they are not very familiar with a flood system.

Tweed Inc. is one of the largest medical marijuana companies in Canada.

INDUSTRY TRENDS AND CHALLENGES
The biggest trend in the Canadian cannabis industry is, simply put, growth. Legalization for recreational cannabis is on the horizon, possibly within the next two to three years, and Rivet says that in the meantime, medical cannabis demand is growing at a rate of 10 per cent per month.

“Some patients wanted to grow their own and now they can again,” she says. “There are 8000 to 10,000 physicians who prescribe it right now and that’s growing. Some doctors in urban centres are becoming specialists in medical cannabis, and more patients are understanding the benefits and seeking this treatment.”

This is all translating into increasing interest from the business community. About 400 applicants are currently waiting for licences.

Tied into growing demand, says Rivet, is a long-awaited trend of research into cannabis. Indications for use are being explored, as well as using cannabis for harm minimization (for example, eliminating addiction to opioids).

Other research areas include products with and without THC, the properties of various varieties (with between 100 to 300 varieties now being grown commercially in Canada), and how the mode of ingestion affects symptom relief.

Sinclair, at Tweed, says they are now able to convert the cannabinoids into other delivery forms (aside from the standard dried cannabis flowers) that the customer smokes or vaporizes. “Now we’ve got oils and we’re also looking at lotions and pills,” he says. “That’s the future of the medical cannabis space – diverse delivery methods that doctors can choose from.”

While demand is growing and progress in research is being made, there are still major industry challenges.

Rivet stresses that accessing the market is difficult because advertising is not currently permitted. Also, the process of getting licensed is difficult and time-consuming, with capital requirements in the millions of dollars.

However, Cannabis Canada wants to keep the same rigorous requirements going forward [perhaps to keep the playing field level for those who have come before and new entrants]. “We are also strongly recommending to Health Canada that medical cannabis not be taxed,” Rivet says. “We have made these and other recommendations in our submission to the Task Force on legalization, which you can read on our website.”

The Task Force on legalization had planned to submit its final report to the federal government in November, which will contain recommendations on minimum age requirements, the best ways for the government to sell cannabis, and more. The Task Force has warned that legalization will involve upfront expenses – to implement regulations, train police, etc. – before the tax revenue starts to flow.

Task Force members have visited the U.S. to find out more about controversial issues such as accidental ingestion of marijuana-infused treats, especially by children, and Colorado has recently passed legislation relating to this. CBC News reports that in the first six months of 2016, U.S. consumers spent US $73.5 million on edible cannabis products, according to research firm BDS Analytics.

Sinclair names doctor education as a large industry hurdle, with “only a small percentage” of doctors writing prescriptions for cannabis at this point in time. While the College of Family Physicians Canada recently issued guidelines to its members for prescribing cannabis, the Canadian Medical Association (CMA) recently stated that most physicians have little or no knowledge about prescribing, or the differences between strains.

“Aside from that, I’d say the biggest challenges come from how fast we’re growing,” Sinclair says. “I would say that the regulations for recreational cannabis will be strict, similar to what we’re already doing. For that reason, I think we’re in an incredibly good spot and poised to expand our business to meet the demand of an increasing medical space, alongside the new opportunities presented by a legal recreational market.”