The technology has already been adopted by one B.C. greenhouse. 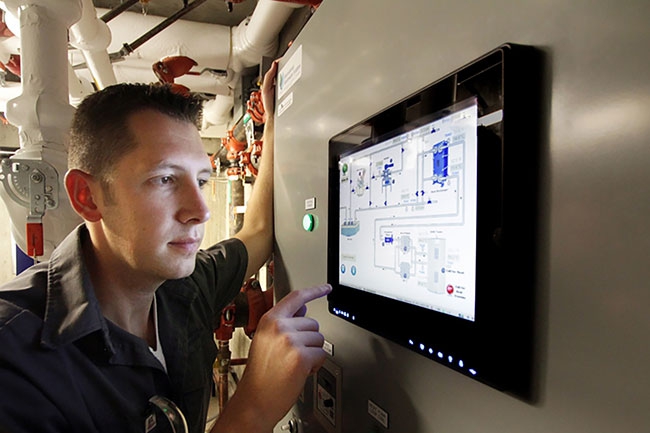 The system has greenhouse potential.

DECEMBER 2016 – In recent times, sewage heat recovery has emerged as one of the most ingenious methods of obtaining energy from an alternate resource. The central idea revolves around using the energy from the hot water leaving the building to reheat the cold water entering it.

This system has been successfully integrated into several condos across the country, and it is encouraging to note that it could be installed in a greenhouse as well.

The wastewater collected from the pipes leaving the various units in the building is subject to a filter that winnows out solid impurities leaving behind energy rich water. A heat exchanger is then used to collect the energy from the water, and to transfer it to a closed-pipe system housing a carrier fluid. This is generally water or some other refrigerant. The heat thus extracted from the hot water leaving a building is used to reheat ordinary water.

A number of communities and districts have adopted these sewage heat recovery systems in the United States, Canada and the United Kingdom. In most cases, they have built them into their residential units or condos. However, there is concrete evidence that even greenhouses and retail garden centres can benefit from this technological wonder. In a game changing move, International Wastewater Systems, based in Canada, has successfully incorporated a sewage heat-exchange system in a greenhouse in Sechelt, British Columbia. The greenhouse is part of the Sechelt Water Resource Centre, which has been fashioned to meet the standards of the LEED Gold accreditation.

The heat-exchange system installed there is equipped to provide energy for most of the requirements of the Water Resource Centre. This includes heating and cooling the water that is circulated throughout the greenhouse, which amounts to several thousand cubic metres, as well as heating and cooling the interiors in order to maintain optimum levels of temperature.

Interestingly, on setting up a heat-exchange system that draws its strength from the heat in the wastewater leaving the greenhouse, the Sechelt Water Resource Centre was able to cut down the energy costs by an impressive margin. At its current level of operation, nearly 75 per cent of the energy requirement in the greenhouse is met by the internally established energy-exchange system.

Extending this technology to greenhouses and retail garden centres is an attractive option and an achievable possibility. There are several ways in which this will benefit the commercial greenhouses, the growers, as well as the planet at large. The dramatic reduction in consumption of harmful sources of energy is one important advantage. Following as a close second is the immense cutback on the costs involved in running a greenhouse. With so many positive outcomes possible, the technology of treating hot wastewater appears to be a promising alternative.

Lynn Mueller is president of International Wastewater Systems, based in Vancouver. He has been a leading advocate of sustainable space conditioning energy systems for the last 25 years. He was the president of WaterFurnace Canada, and following that he was the president of Earth Source Energy Inc. He was responsible for a large number of advanced sustainable energy systems including the Shangri La Hotel and Mole Hill, a city block of 27 restored heritage homes in downtown Vancouver. Mueller has pioneered many innovative energy approaches and has launched a new company International Wastewater Systems to recover the 400 billion kilowatt hours of energy that goes down the drain every year in North America. IWS has successfully developed the Sharc technology and is well under way to implementing the system around the world. www.sewageheatrecovery.com