The Makari Pink tomato had a strong following in Quebec — now that it’s discontinued, businesses are looking for a replacement. 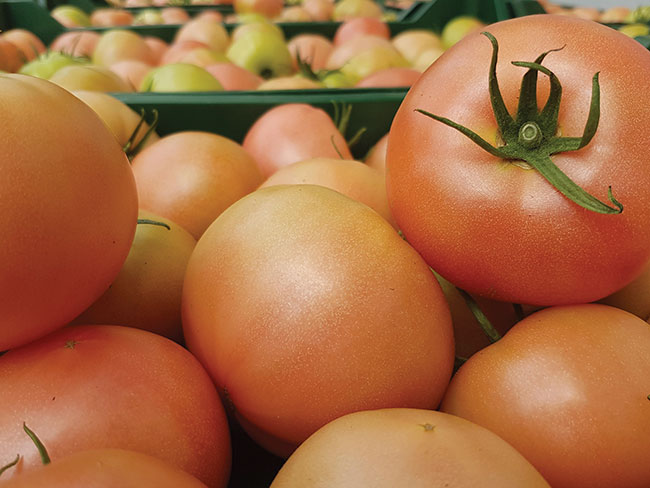 As the Makari pink tomato quietly disappears from production in Quebec, producers are trialling alternatives to fill this gap. PHOTO: Excel Serres

Though the tomato was beloved in Quebec, the Makari has seen its last days. And now, the company that made the pink tomato, and the growers who supplied the province with it, are trying to fill the void.

Though the product was popular in Quebec, demand for the Makari Pink tomato has waned in recent years, which is one of the reasons the company decided to cancel it, Buzio says. He also notes that consumer tastes change and evolve regularly, which could also contribute to the decline in popularity.

According to Claude Laniel, general manager for Les Producteurs en Serre du Québec, there were two major producers of the Makari in the province – Excel Serres and Les Serres Bertrand. The latter grew around seven to eight hectares of it, then shifted most of their Makari acres towards growing cannabis. This would have markedly reduced the number of Makari tomatoes grown and caused an increase in their price which, in turn, could have caused demand to dip. Prior to its cancellation, Quebec grew around 3,000 metric tons, roughly five hectares, of the Makari, he says. 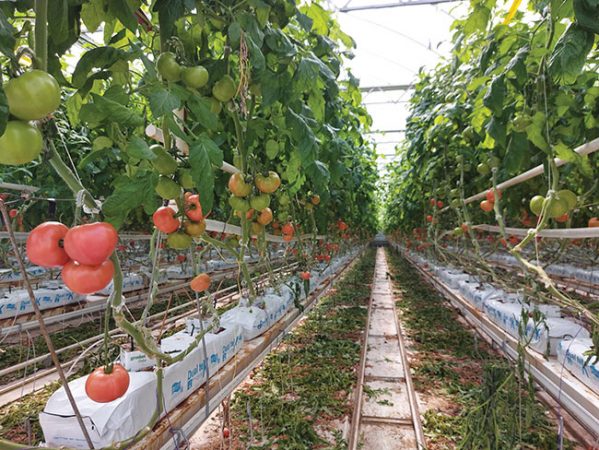 For Excel Serres based in St. Damase, Que., the Makari Pink tomato used to account for 65 per cent of their greenhouse production area. PHOTO: Excel Serres

The Makari Pink tomato is very popular in Quebec, relative to elsewhere in the world. It’s also one of De Ruiter’s older running varieties.

Its plants are quite short and have some cold weather tolerance, making it ideal for Canada, Buzio says.

According to a report by La Terre de Chez Nous, De Ruiter’s policy requires global annual sales of at least 100,000 seeds to continue offering the variety. “Quebec was the only consumer of the Makari in the world for 10 years and bought only 20,000 seeds per year.” De Ruiter reportedly offered to bring back the seeds three years ago, but Quebec’s producers would need to purchase 100,000 seeds each year, far surpassing their needs.

Flavour could also be a factor for the tomato’s popularity. Laniel notes that the flavour profile of the tomato is less acidic than many of its peers, which could contribute to Quebec’s appreciation of the fruit.

According to Buzio, it’s hard to pin down the flavour of any particular tomato, including the Makari Pink. What he can say is that the Makari is popular with some consumers in different parts of the world, including Quebec. “Makari has a good flavour profile for that area.”

Dominique Fortier, president of Excel Serres Ltée, a Saint-Damase, Quebec-based greenhouse producer, describes the tomato as “the sweetest one, and it has less acid — [that is] the difference between this and the red [tomatoes], and this and the other kind of pink [tomato].”

Excel Serres was one of the largest producers of the Makari pink tomato in Quebec. The company has been growing the tomato since 2013, when Fortier took over the reins of the business.

The company, which grows a wide variety of tomatoes, currently has 20,000 square metres of area to grow on. Fortier estimates that the company has produced around 70,000 kilograms of the tomato per year, for sale to wholesalers and various businesses in Montreal.

According to Fortier, the business has enough seeds to last about two more years. Previously, around 65 per cent of its area was allocated to the Makari.

De Ruiter is currently working on several new varieties of replacement pink tomatoes that are being trialed in Quebec. According to Buzio, the company hopes that these new varieties will have better flavours and growing characteristics. 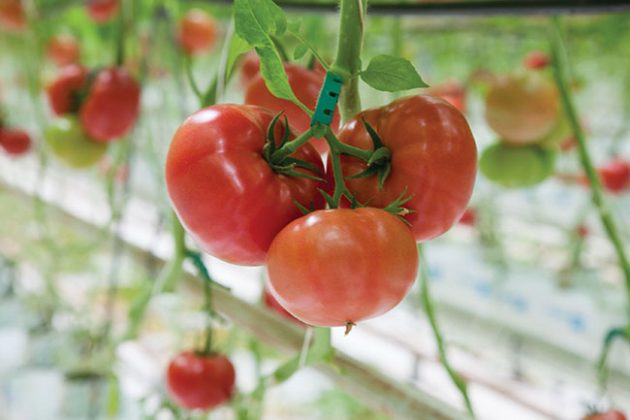 De Ruiter has been working on replacements for the Makari, including one called Yarimaru pictured here. PHOTO: De Ruiter Seeds/Bayer

One of the newest ones is known as Pink ID which has a stronger flavour and better disease resistance. The fruits are also larger. There are already trials for this one in Quebec. Another replacement pink tomato is called the Hakumaru, which has resistance to powdery mildew and yellow shoulder.

The company is also working on two pink tomato varieties with resistance against the tomato brown rugose fruit virus (ToBRFV), which has affected a lot of different greenhouse tomato varieties worldwide. The first is called Yarimaru, which is larger than the Makari by a good amount, says Buzio, and is slated for release later this year. The second has yet to be named. It will be trialed in Quebec this fall and made commercially available in 2022.

“The trick is combining all of that together with the right flavour profile to have a successful variety for specific consumer segments,” Buzio says.“We’re looking forward to seeing how growers and consumers in Quebec react to [them].”

After a few months of testing these new varieties out on the Quebec market, the company is happy with the results.

At Excel Serres, Fortier began trialing two of these new varieties last December: the Hakumaru and the Yarimaru. After trialing, the operation discovered some issues. While they had good flavour, the fruits were prone to falling off the plants in their greenhouse, resulting in losses. According to Fortier, the company will try other potential replacements in the future. She hopes that, whichever the replacement, it has a good mix of size, flavour and shelf-life.

Doug Johnson is a freelance writer based in Montreal, Que.