With 66,000 tonnes of sweet potatoes coming from the U.S. annually, there’s an opportunity for local sweet potato production in Canada. 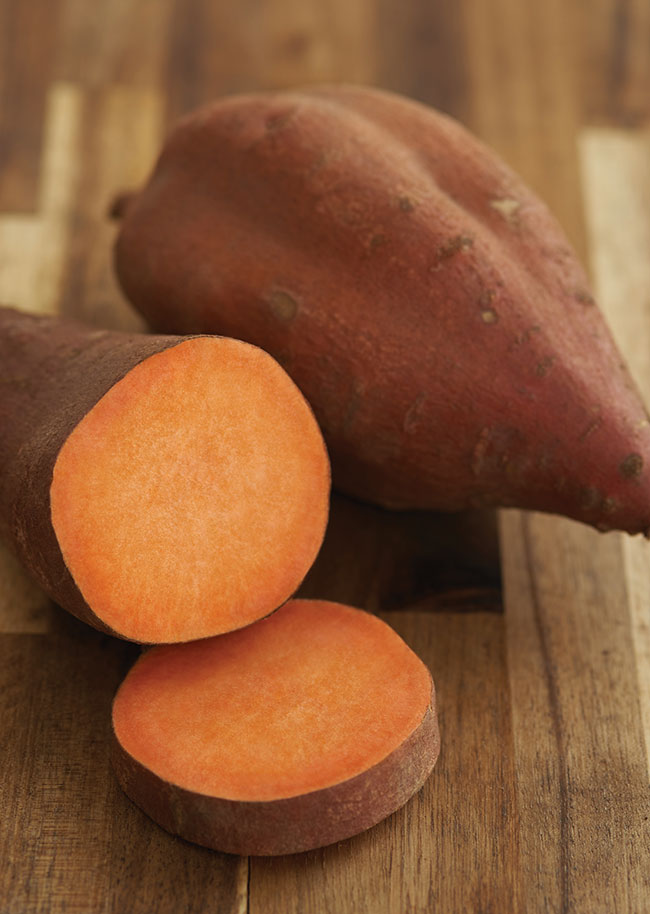 Sweet potato consumption in Canada has doubled over the past 10 years, presenting a remarkable growth opportunity for Canadian horticulture. Approximately 80 per cent of the consumption comes from importing 66,000 tonnes annually from the U.S. Almost all Canadian sweet potato production occurs in Ontario, which accounts for approximately 2,000 acres. In the past few years, production has expanded to new provinces, including Manitoba, Saskatchewan and Alberta. So far, growth in production has been limited by the lack of adapted varieties to our short growing season and limited access to propagative material.

However, the success of this new sweet potato variety is contingent on growers’ abilities to access propagative material since sweet potatoes are vegetatively propagated through unrooted vine cuttings known as slips. Slips are 20 to 30 cm in length and are produced by planting a mature sweet potato referred to as sweet potato root seed (pictured above).

Currently, the majority of sweet potato slips are produced in the southern U.S as climatic conditions are conducive to outdoor production in early spring. This method is not appropriate for Canadian slip production since outdoor temperatures are too low to support the growth of slips in the March to May timeframe during which slips are produced. 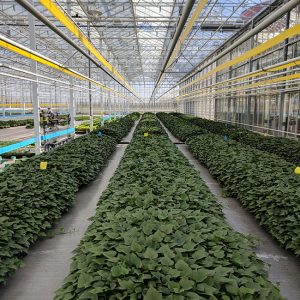 Production of Radiance sweet potato slips in a greenhouse. These are ready for harvest and packaging into cardboard shipping boxes. 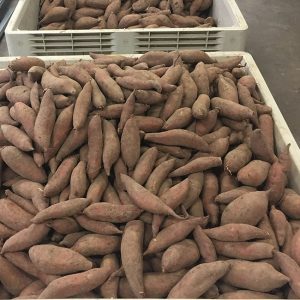 As a result, Canadian sweet potato growers typically obtain their planting material from North Carolina in late May to early June, once soil temperatures are high enough to promote growth from slips. The supplied slips are specific varieties developed by Louisiana State University and North Carolina State University breeding programs tailored to the U.S. market and their growing seasons. It is important for growers to have access to this material early in order to maximize the growth of sweet potatoes during the short Canadian growing season. Canadian growers are facing a number of logistical, timing and disease issues as they import approximately 24 million sweet potato slips each year from North Carolina. They have identified the need for a Canadian slip propagation industry to resolve these issues. As the acreage of sweet potatoes in Canada continues to grow, there is a lucrative opportunity for existing Canadian greenhouse propagators to provide high quality greenhouse slips to meet this growing demand. Sweet potato growers in turn will have access to a new source of sweet potato slips providing the following advantages:

Currently, an estimated 24 million slips would be needed to fill the 2,000 acres of sweet potatoes grown in Ontario. To offset sweet potato imports from the U.S., an additional 4,000 acres would need to be grown from 48 million slips.

Adding diversity to production
The production season for sweet potato slips begins early March and ends late June. Because sweet potatoes are native to tropical and sub-tropical environments of the Americas, greenhouse temperatures between 24°C and 26°C are required throughout the growing season. Supplemental lighting may be required during the early months of production.

The process starts in a propagation chamber under conditions that cause the vegetables to sprout. Those shoots are cut, then grown in small soil beds in a greenhouse. Once they reach the right size, the shoots are harvested and ready for pickup by growers. The entire process takes about four months to complete. Because of their timing, sweet potato slip production could be ramped up just after propagative materials for tomatoes, cucumbers and peppers ship out.

Looking for more?
Vineland has published a business case and best production practices to support the development of a national slip propagation industry in Canada. The new guide offers information on various aspects of production to efficiently grow high quality sweet potato slips in existing Canadian greenhouses. Highlights include:

Appreciation is extended to the Ontario Ministry of Agriculture, Food and Rural Affairs, the University of Guelph and Agriculture and Agri-Food Canada for their generous financial support.

Valerio Primomo, PhD is a research scientist in vegetable breeding at Vineland Research and Innovation Centre. He can be reached at 905-562-0320 x873, valerio.primomo@vinelandresearch.com.