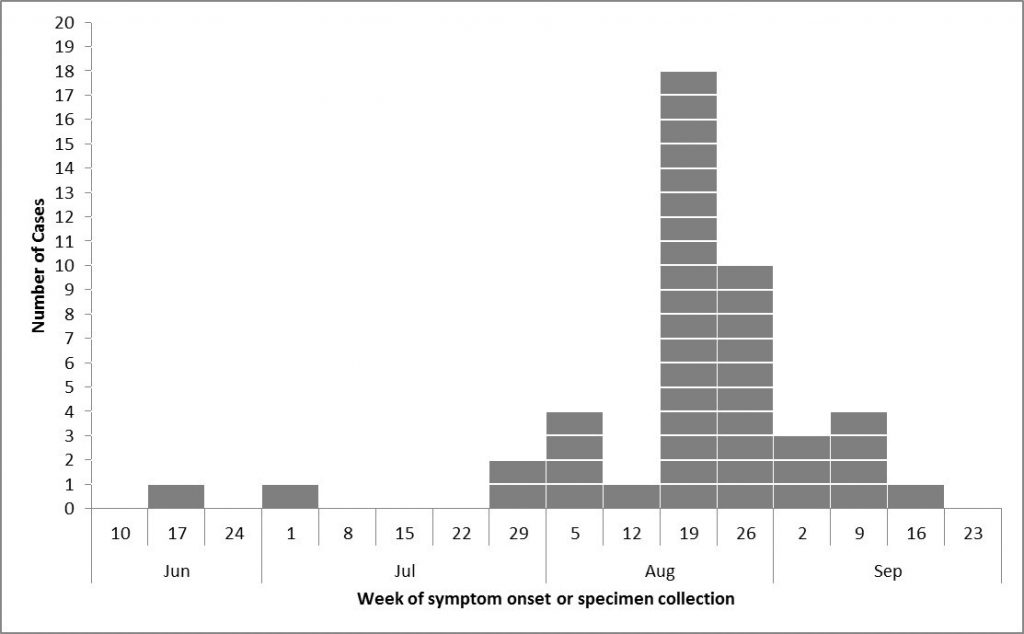 Public health officials in five provinces are investigating a salmonella outbreak that has affected 45 individuals.

As of Oct. 19, 37 laboratory-confirmed cases of Salmonella infantis were being investigated in British Columbia, five cases in Alberta, and one each in Saskatchewan, Manitoba and Quebec. The individual from Quebec reported travelling to B.C. before becoming ill, a news release says.

Many of the individuals who became sick reported eating cucumbers, but other potential sources are also being considered. PHAC didn’t give any other details on where the foods that may have been behind the outbreak were purchased.

Nine people required hospitalization. All incidents occurred between mid-June and late September. The health agency said the outbreak appears to be ongoing, as illnesses continue to be reported.

The Washington State Department of Health said Friday it was investigating six cases of salmonella infections there. The agency said five of the six people reported buying and eating English cucumbers from various Costco stores in Washington.

The cucumbers linked to the illnesses were sold in three-packs of individually wrapped cucumbers. | READ MORE


Related
What to do when vegetables go vegetative
Leave the cucumber virus at the door
New food safety regulations to start in new year
Tech opinion: Blockchain in agriculture