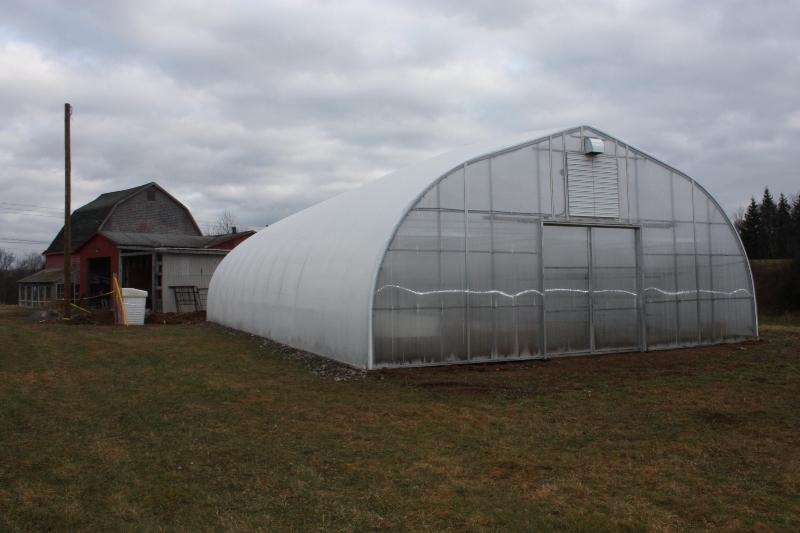 The experimental greenhouse is in Cape Breton.

A greenhouse in Sydney River, NS is using an experimental infrared heating system that the owners claim is cutting heating costs by at least 50 per cent.

This statement was made by Ora McManus, the manager of New Dawn Renewable Energy, the community development group heading up the project.

As stated on the New Dawn website, the year-long research involving the monitoring and measuring of heat efficiencies and crop production is going well. The project goals are:

·         productivity and quality of produce grown represents a 20 per cent improvement over that of a standard greenhouse of comparable size.

Test Plant Varieties for Year One (2012)


New Dawn Enterprises Limited, incorporated in 1976, is the oldest Community Development Corporation in Canada and is a Founding Member of the Canadian CED (Community Economic Development) Network. It is a private, volunteer directed business dedicated to community building. New Dawn seeks to identify community needs and to establish and operate ventures that speak to those needs. New Dawn employs over 175 people from the Cape Breton community and it services 600 Cape Bretoners each day through its companies and projects.

Part of the impetus for the project stems from the nutrition-related health challenges facing the people of Eskasoni First Nation:

·         Eskasoni’s incidence of both obesity and diabetes is four times the provincial average.

·         The Eskasoni reserve is highly limited by its land base. The reserve consists of a narrow strip of land bordered on one side by the Bras d’Or Lakes and on the other by a large mountain. There is little to no arable land on the narrow strip.

·         Eskasoni has a young and growing population. It is, in fact, the largest Mi’kmaq community in Atlantic Canada with a population of 4,000. Given this growing population, much of their remaining available land is used for housing and infrastructure.

·         Eskasoni shares with all of Cape Breton (and indeed with all subarctic climates) a short, inconsistent and unreliable growing season.