Features Crops Flowers
‘Honorine Jobert’ will be big seller in 2016

December 14, 2015
By University of Illinois Extension

December 14, 2015By University of Illinois Extension 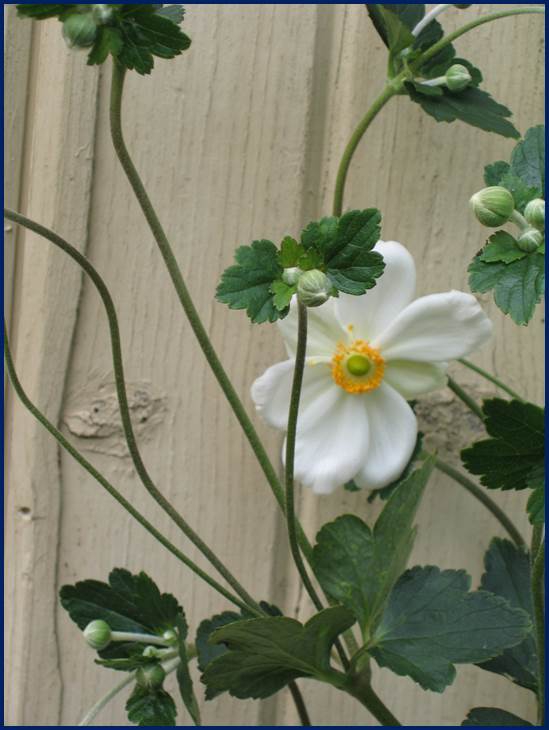 “This white flowering lady comes with a long history of gracing fall landscapes since having been discovered in the garden of M. Jobert in Verdum, France in 1858,” said Martha Smith, a University of Illinois Extension horticulture educator.

“At a time when new plant cultivars are introduced every season, ‘Honorine Jobert’ has been a fall highlight in European gardens since before the American Civil War and is still the most popular and highly sought after white anemone today.’Honorine Jobert’ surely earns the title ‘heirloom perennial,’ having remained a staple in the fall garden for 157 years.”

Anemone x hybrida, commonly called windflower or Japanese anemone, is a category that includes a large number of hybrid pink or white cultivars that bloom from later summer into fall.

“The flowers may not be as large as other fall-blooming anemones but the plant is floriferous, lightening up a shady corner. Expect blossoms August through September.

‘Honorine Jobert’ is hardy to USDA zones 4-8, has no serious pest or disease problems, and deer seem to leave it alone,” she added.

Soils should not be allowed to dry out and foliage tends to burn in hot, dry locations. Avoid wet, poorly drained soils, especially in late winter. Japanese anemone may seem slow to establish, but once comfortable, can meander.

“Fall is often a neglected season in most gardens,” Smith said. “The colours of spring and summer are past. Fall is the season of tired excess. Perennials and grasses are full and lush somewhat leaning on each other for end-of-season support.

“But the weather is great for growing perennials with warm days and cool nights. Roots are actively growing and water stress is low. The fall colours of our trees and shrubs offer fantastic backdrops to some of our favorite fall blooming perennial combinations,” she added.

Just like a favourite white shirt, ‘Honorine Jobert’ goes with everything.

• Try pairing with some of the warm season grasses such as Miscanthus ‘Malepartus’ or Panicum ‘Northwind’ (2014 winner) for height, and place ‘Purple Dome’ Aster in front.

• Another great combination for a shady spot would be Golden Hakone grass (Hakonechloa macra ‘Aureola,’ 2009 winner) to pick up colour echoes from the yellow centre of ‘Honorine Jobert’, and add the bright blue flowers of leadwort (Ceratostigma plumbaginoides) with its later red fall colours for a great season extender.

“‘Honorine Jobert’ is a perennial that has truly stood the test of time, adding beauty and elegance to our fall gardens. You won’t be disappointed,” Smith said.