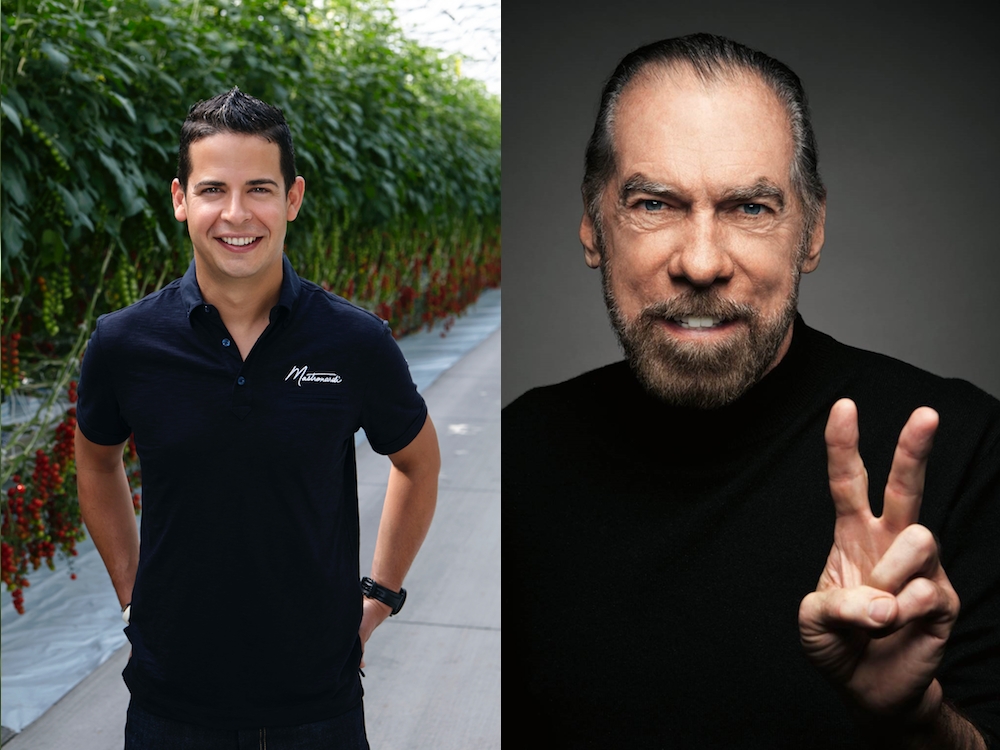 Mastronardi Produce is teaming up with entrepreneur John Paul DeJoria to make quality, flavourful produce more accessible to underserved markets around the globe.

The partnership will develop what they’ve termed ‘advanced high-density farming systems’. Each one will be customized with existing and developing high-tech growing equipment, include cutting-edge growing facilities, automation, water-saving irrigation, energy-efficient lighting, and state-of-the-art monitoring systems.

“We believe everyone should have healthy and fresh produce options. John Paul shares our commitment, and we saw the potential to work together on this global high-tech farming initiative, which will focus on growing healthy food where it’s needed most,” says Paul Mastronardi, president and CEO, and the fourth-generation family member leading Mastronardi Produce.

Mastronardi Produce was one of the first to develop commercial greenhouses in North America, producing tomatoes, peppers, cucumbers and berries under the Sunset brand. The company was recently named one of “Canada’s Best Managed Companies” for the 10th consecutive year. In 2016, Paul Mastronardi was named “Produce Person of the Year” at the United Fresh Exposition in Chicago, USA, and in 2013, he was named Ernst & Young’s “Entrepreneur of the Year” for Ontario.

“Partnering with Mastronardi Produce was an easy choice,” said DeJoria. “I want to help revolutionize this industry so more people have access to fresh produce, and finally found the opportunity in partnering with Paul, who is a trailblazing force in the category. He pioneered high-tech berry growing, branded the first tomato, and led the way in plastic reduction—it is apparent that we share a passion for disruptive innovation.”

A self-proclaimed rags-to-riches story, the once-homeless DeJoria went on to build two billion-dollar brands – Patrón Spirits and professional hair care manufacturer John Paul Mitchell Systems. Driven by his motto, “success unshared is failure,” he dedicates himself to a number of charitable causes through his philanthropy hub, JP’s Peace, Love & Happiness Foundation, and has committed to donate more than half of his wealth to philanthropy through his signing of Bill Gates and Warren Buffet’s, “The Giving Pledge.”