News
A victorious pairing at ‘Battle of the Growers’ 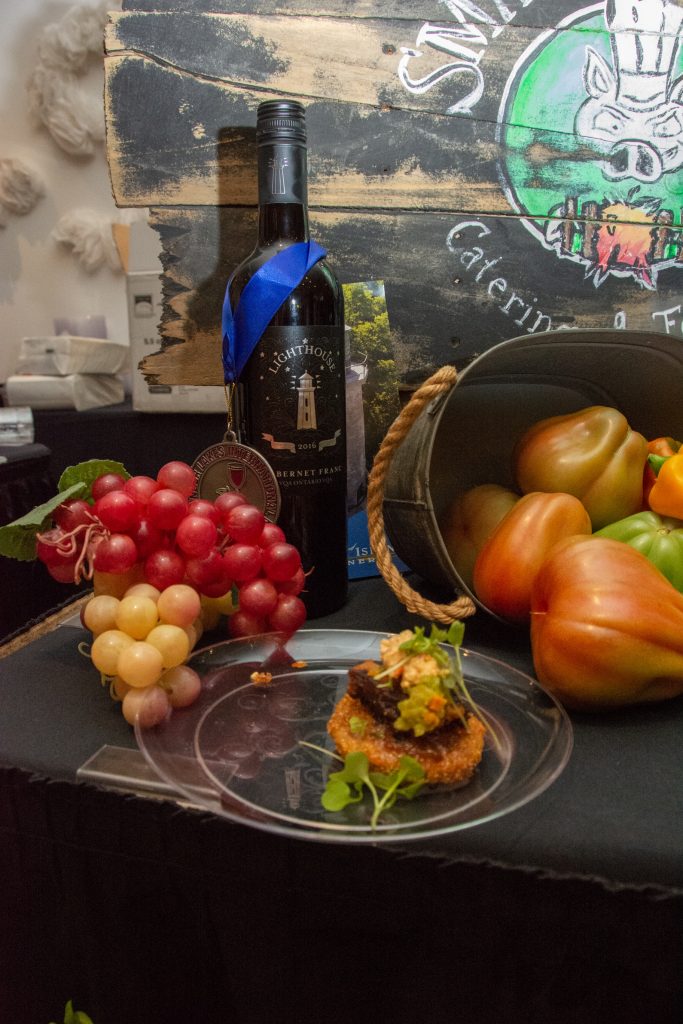 Voted on by official judges as well as the crowd, this year’s winning team was made up of Double Diamond Farms, Pelee Island Winery and Smashed Apple Catering. Their winning dish was the “Fried Green Tomato B.L.T.”, featuring green heirloom tomatoes among a combination of savoury tomato jam, roasted pepper cheese, micro greens and local pork belly.

“The winning chef, Smashed Apple told us he sampled 40 different tomatoes from Double Diamond, landing on the green tomatoes for his fried green tomato dish,” says Danielle Moldovan, relationship manager of new business & major giving at United Way/Centraide Windsor-Essex County. “He was blown away by the operation at Double Diamond.”

Five teams from across the region took part in the competition. Each team consisted of a grower, a winery and a chef who highlighted local ingredients by creating a small plate appetizer and wine pairing for guests.

“Names were drawn out of a hat,” says Karen Brady, marketing & communications manager of United Way/Centraide Windsor-Essex County. “The chef from each team worked with their grower teammate to decide how to feature the produce in a small plate appetizer of his/her own creation, and the winery paired the wine which would be served along with the app.”

Presented by Libro Credit Union, the event raised $43,000 for United Way’s ‘On Track to Success’, a program in Leamington that supports students in their journey to post-secondary education. Now in its third year of operation, students in the program can earn up to $4,000 for post-secondary education and access a wide variety of support services such as tutoring, career building, mentoring and more.

“The program has been in operation for three years in Leamington and now supports 39 students in grades 9 to 11, with plans to bring on more in September,” states the United Way. “It costs $6,000 per year per student, or about $120,000 to support a full cohort of 20 students.”

For more program details or to get involved, contact: