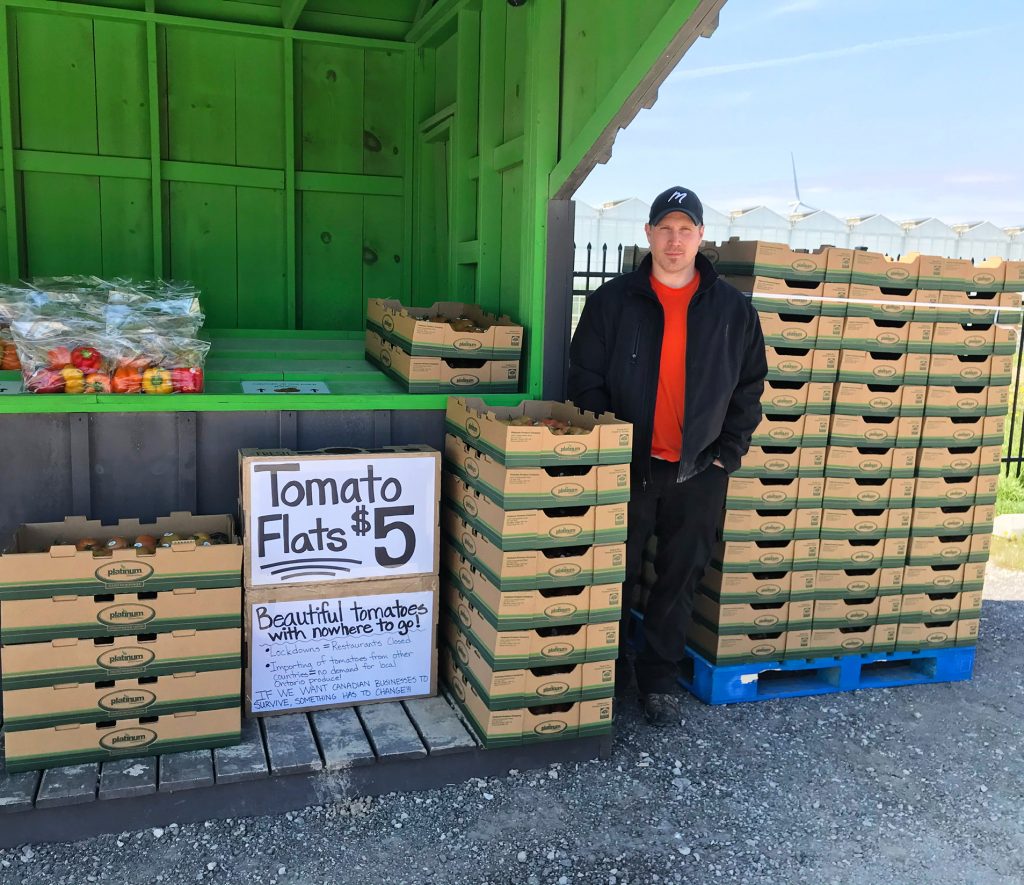 With reduced orders from local food establishments and an influx of foreign product, Tim Verbeek of Platinum Produce says his greenhouse tomatoes have nowhere to go.

When Platinum Produce found themselves facing a surplus of tomatoes they couldn’t move in their own province, they turned to social media. Consumers, hungry for local produce, responded and the posts went viral.

Within 24 hours, co-owner Tim Verbeek and wife, Bonnie, found visitors lined up outside of their greenhouse’s roadside produce stand in Blenheim, Ont. Over the next few days, they would be visited by hundreds of customers from Sarnia, London, the Greater Toronto Area and even from Kingston. To manage the high volume of traffic, they turned the stand into a drive thru.

“90 per cent of them were taking large amounts, back to their communities to either donate to their homeless shelters, to non-profit organizations, or to the elderly in their community,” says Bonnie. One gentleman bought 22 flats with the intention of gifting them to elderly constituents in his neighbourhood near London, Ont. “This is more than just us not throwing tomatoes in the garbage. It became this outpouring from the community, not only to support us, but to support others.”

Other customers included smaller produce stands and food service operators. At $5 per flat of tomatoes-on-the-vine (TOV) and beefsteak, it’s a massive bargain. At time of writing, the greenhouse had sold directly from their farm for four days. 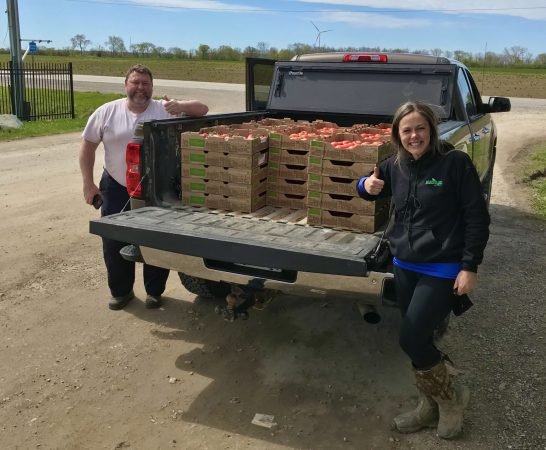 Bonnie Verbeek [right] was struck by the outpouring of support from the community, not only for their farm, but for vulnerable individuals impacted by COVID. Pictured with Darryl Collins [left] who drove back with two truckloads for his community in Avon, twice.

With lockdowns in place, COVID has markedly reduced the demand for fresh produce as local food establishments have closed down or switched to takeout only. Bonnie gives an example of a local restaurant who typically orders 10 flats per week from their vendor. This volume has since gone down to five.

Combined with the influx of competing product from foreign producers, Tim says their tomatoes had nowhere to go. The closing of the Mexican crop has produced a high volume of tomatoes being imported into Canada, he explains. “It’s coming in at considerably less than what we’re able to produce it for.” The surplus on the market is now driving down their revenues, well below their cost of production.

“Tomatoes have been under pricing pressure since the beginning of April and were exceptionally low near the end of April,” says Glen Snoek, marketing and economic policy analyst for Ontario Greenhouse Vegetable Growers (OGVG). Along with less demand from food service industries, Snoek says the primary cause is strong production throughout North American growing areas, including Mexico and Florida. “There is simply a great number of tomatoes available and therefore selling at quite low prices.”

The situation is a stark contrast from last summer, when prices were reported to be “uncharacteristically high, particularly for tomatoes.” As Snoek had previously shared with Greenhouse Canada, the sector saw large swings in wholesale pricing in 2020, sometimes reaching three times the normal rate. Heightened demand was attributed to reductions in air freight, as well as low levels of greenhouse produce arriving from international markets, particularly from the Netherlands and Spain into the U.S, where production had also declined in some regions.

Anticipating high demand again this year, Platinum Produce had switched 17.5 acres of pepper production to TOVs, a new crop for the greenhouse. As Tim explains, market conditions can change quickly and any global event can result in a domino effect, but it’s disheartening to see grocers choosing to stock foreign produce over local during times like these. On a recent trip to the grocery store, he spotted a display marked “Product of Canada” that was filled entirely with Mexican-grown tomatoes. 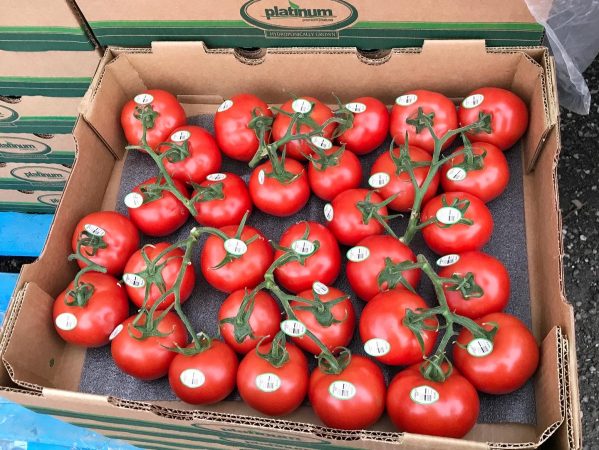 “It’s something that sadly happens quite often,” says Bonnie, “but it was more frustrating because right at that moment, we were having issues moving our product out of our greenhouse.”

Large “buy local” campaigns typically provide availability calendars for consumers that include greenhouse produce. Foodland Ontario, for instance, marks greenhouse tomatoes and peppers as available from Feb. to Dec., greenhouse cucumbers from Jan. to Dec. and greenhouse strawberries from Oct. to June. But Tim says smaller ‘buy local’ campaigns in their area typically only reflect the availability of field crops.

“Consumers have the ability to invoke change and demand Canadian produce,” adds Tim. “Every consumer who we’ve talked to, they want Canadian produce. They want to support local.”

One customer visiting the drive-thru at Platinum Produce told the couple that, 90 per cent of the time, they’re unable to find local greenhouse-grown produce at their grocery store in Leamington, Ont., the most greenhouse-dense region of Canada.

“We have nothing against other countries producing their food. I know exactly how hard they’re working too,” says Tim. “ It’s just, Canadians really need to be supporting Canadians at the moment, and that’s what’s going to help get us through all of this.”

“At the end of the day, you’ve got a business to run, you’ve got people to feed… you don’t want to ever have to make tough decisions regarding employment. Times are hard right now, people need these jobs,” adds Bonnie.

All photos courtesy of Platinum Produce