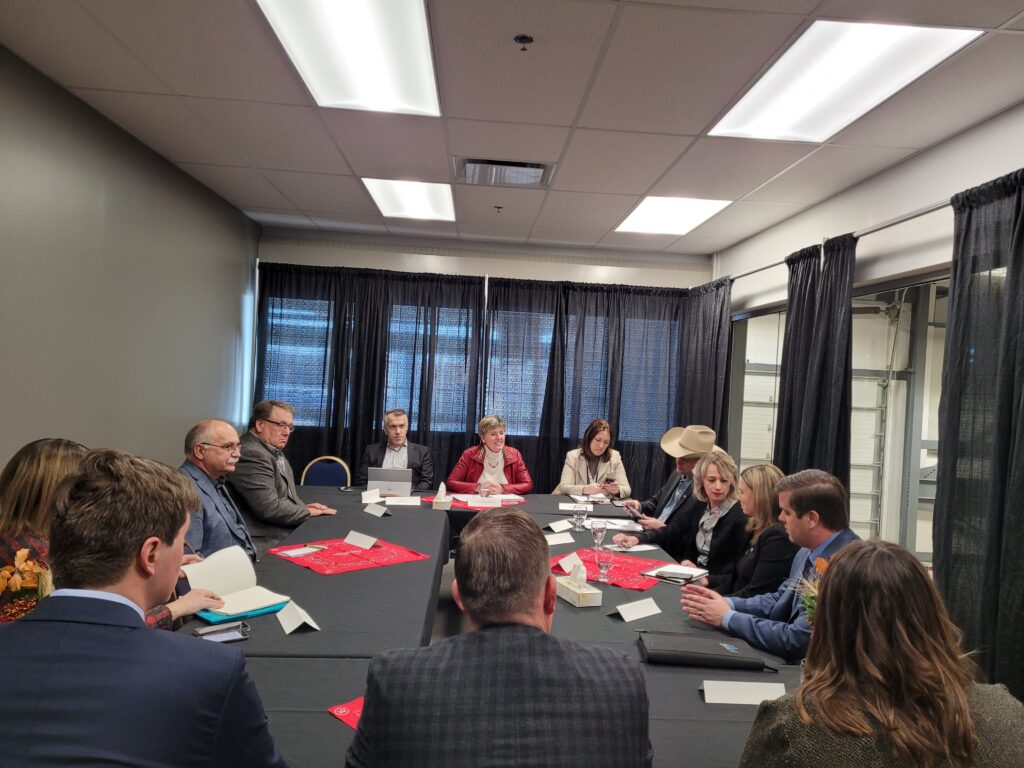 The Minister of Agriculture and Agri-Food, Marie-Claude Bibeau, recently met with agriculture stakeholders at the Canadian Western Agribition in Regina, Saskatchewan, to discuss the Government of Canada’s new Indo-Pacific Strategy (IPS).

Minister Bibeau held two roundtable discussions: one with the Canadian Cattle Association, and a second with several Canadian agriculture associations. They discussed the IPS, and the landmark announcement that comes with it: Canada’s first ever Indo-Pacific Agriculture and Agri-Food Office (IPAAO).

With $31.8 million earmarked in dedicated funding, this new office will enable Canada to engage with stakeholders, regulatory counterparts, and policy decision-makers to deepen partnerships with Indo-Pacific economies that value sustained, meaningful relationships, collaboration and the sharing of expertise.

The Indo-Pacific encompasses more than 40 economies, including six of Canada’s top 13 trading partners: India, Japan, People’s Republic of China, Republic of Korea, Taiwan and Vietnam. The region’s economies accounted for 24 per cent of Canada’s total agri-food and seafood exports in 2021.

Expanding Canada’s presence in the Indo-Pacific will help Canadian farmers, food processors and exporters maximize their opportunities and position Canada as a preferred supplier in key emerging markets. The Indo-Pacific encompasses more than 40 economies and is the fastest growing region in the world. It is Canada’s second-largest regional export market and trading partner (after the United States), with $26.5 billion in annual two-way agri-food and seafood trade in 2021.

The new IPAAO will be well-positioned to help Canada expand trade, investment and supply chain resilience, one of five strategic objectives for Canada under the new Indo-Pacific Strategy, alongside promoting peace, resilience and security; investing in and connecting people; building a sustainable and green future; and ensuring Canada remains an active and engaged partner.