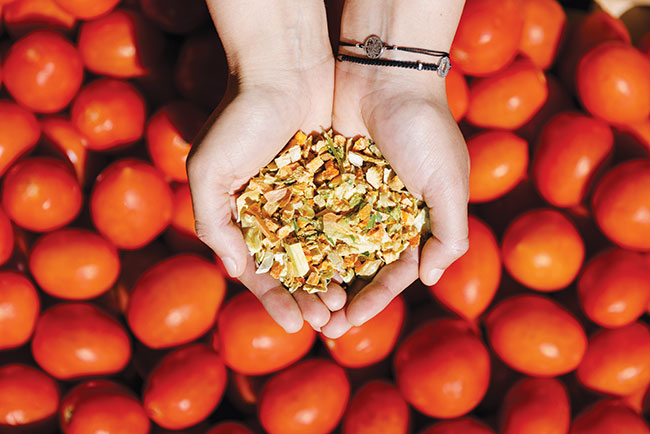 Produce unsuitable for the traditional grocery chain or restaurant avenue doesn’t have to be composted. The freeze-dried bioflakes pictured can contain 97 per cent of the original nutrients Photo credit: A. Law

Greenhouse operators are a vital part of the food economy in Canada, growing produce for the grocery and restaurant industries. However, not all food is purchased, and in turn, consumed.

A highly productive crop, for example, could leave the grower with overstock; this is in addition to any misshapen or oversized produce that traditional channels don’t seek out. The grower needs to either quickly find an alternate buyer for the crop or allocate the produce to waste.

The Food and Agriculture Organization (FAO) reported that approximately 14 per cent of food is lost between harvest and retail. Food waste is economically and environmentally expensive, resulting in a loss of water, land, energy, labour, and capital. This negative impact is amplified when the food is placed into landfills, resulting in greenhouse gas emissions. In fact, food waste was found to be responsible for eight per cent of global greenhouse gas emissions, as cited by the FAO from the 2012 Emission Database for Global Atmospheric Research.

According to Impact Canada, over 50 per cent of all nationally produced food is wasted each year. Despite this, one in seven Canadians suffer from food insecurity. It is a paradox; food is being wasted, but it consistently fails to get to those that need it. To address this problem, Agriculture and Agri-Food Canada launched the $20 million Food Waste Reduction Challenge under the Food Policy for Canada. This initiative sought out proactive solutions to address the challenges that exist within the Canadian supply chain, including food waste prevention and diversion, as well as technologies that can extend the life of food and transform food waste. It is about pinpointing areas of excess, then identifying and coming up with solutions to keep produce away from the landfills.

Greenhouse producers can minimize the amount of produce that enters the waste stream by advocating for and adopting solutions. This includes partnering with innovative companies that contribute to the circular economy.

“Circular economy to us is the idea of creating value without extracting any resources, or at least using all of the resources that we have already extracted,” said David Côté, cofounder of LOOP Mission.

Based in Montréal, Que., LOOP Mission was developed to provide a proactive solution for curbing food waste in Canada. Their journey began when a wholesale produce distributor approached Côté and cofounder Julie Poitras-Saulnier to develop a solution for using the excess produce.

“He was throwing away an astronomical amount of fruits and vegetables every single day of the year,” said Côté.

Ordering less produce was not an option, as the company, which was one of the major produce distributors in Canada, made it a practice to carry overstock to support the needs of their end consumer. Instead, they were seeking a plan that could divert the excess produce away from the landfill. The solution was to convert the produce into juice products, which were then sold to both online and local grocers.

Now in their fifth year of business, LOOP Mission continues to develop new and creative solutions. In addition to various juices, their products include a line of beer made from day-old bread, gin from potato scraps of a potato chip factory, and hand-crafted soap derived from the cooking oils of a fast-food chain.

“We rapidly become the calling centre for anybody that was wasting any food in Canada,” said Côté. Produce remains their core focus, as it is the one that would have the highest negative impact on the environment if left to rot in the landfill. “Composting, for us, is the last solution that you want to take. It is a viable option when there is no other solution,” he said.

Solutions like the ones offered by LOOP Mission are a viable alternative for greenhouse growers who are looking to participate in the circular economy.

“Greenhouses never know exactly how much volume that they need to produce; they typically maximize their space, and are stuck with overstock,” said Côté. This is a particular challenge when their primary clients are from the traditional market, which may not accept produce with slight flaws, including oversized or misshapen forms.

“All of those pounds of food that the grower has invested in, including money for seeds, watering and labour, all of that is at risk of being lost, unless the grower sources an alternate purchaser.”

LOOP Mission is currently sourcing organic matter from a radius of 1,000 km from Montréal, including north of Toronto, Ont. and New York, U.S.A. Committed to participating in the circular economy, they use data to develop the best solution for waste diversion and send all of their own waste, including the peels and pulp to a supplier who creates biomass and returns the energy back to the grid. 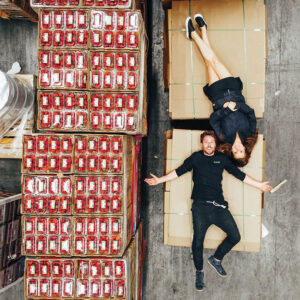 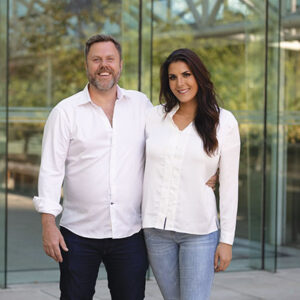 Based in British Columbia, TrendiTech Inc. is a robotics company which combats food waste at different levels of the supply chain, working with farms, food processors and distributors.

“The heart of our business is Biotrim, which is also the area that I believe would best respond to the needs of the greenhouse community,” said Carissa Campeotto, cofounder and CMO, Trendi.

Operated by Trendi employees, the Biotrim robotic unit carries out a freeze-drying process. It is brought onsite to wash, dice and convert the produce into a shelf-stable product known as Bioflakes. In turn, this product can be used in food, medicinal products, feed and more.

“Biotrim is able to preserve 97 per cent of the original nutrient density of the produce,” said Campeotto. “The product could be sold as an individual ingredient to the food service industry. It is also easier to transport, and is shelf stable, which opens up the possibility of shipping it internationally.”

Once processed, the final product retains less than 20 per cent of its original size and weight, reducing the emissions related to shipping. This type of solution could be used to respond to growers’ overstock and oversized or misshapen produce.

“The producers and the farmers are often the ones who are squeezed the most and what we really wanted was to find a solution for them, so that they weren’t only governed by grocery,” said Campeotto.

“We process the product and provide the farms and greenhouses a profit share to help create a new revenue steam while eliminating their cost of disposal. The farms don’t keep any product unless they prefer a product share [over] a profit share.”

From soil to soil

Not all organic waste is upcycled into consumable products. There are solutions in place that can convert organic matter into materials that feed back into production.

Alex Hayman, director of strategic solutions, FoodCycler, sought to close the loop by creating a solution that would divert waste from the landfill and put it back into the growing medium.

Their commercial solution is a self-contained unit that converts organic waste into a nutrient-dense soil amendment. It is an aerobic digestive process, eliminating the methane gases that are typically emitted when organic matter is resting in a landfill.

“The solution reduces methane emissions, both from being released in the landfill and the gases emitted when transporting the waste,” said Hayman. Since it is a highly sterile, heated environment, growers can use the machinery for all organic matter, even those that may have had to be discarded due to infestation, disease, or non-uniform growth. This type of solution is ideal for growers, providing the ability to recycle any unused organic material, into usable nutrient-dense material.

“One of our clients, an indoor grower, is using the commercial unit post-harvest to recycle any organic material that is leftover so that it does not go to the landfill,” said Hayman. “This client is running their machine five times a week and has already identified a cost savings on waste hauling.”

For industrial-scale use, the process takes just 12 to 24 hours to complete. The resulting sterile biomass can then be stored air tight or in an open container for up to one year.

For growers looking to participate in the circular economy, there are a growing number of options. It is about looking at excess material, not as a waste product, but as a resource, and discovering the solutions that will improve resource-use efficiency while expanding into new opportunities.

Anne-Marie Hardie is a freelance writer based in Ontario.