News
Can AI keep up with farmers in the future? 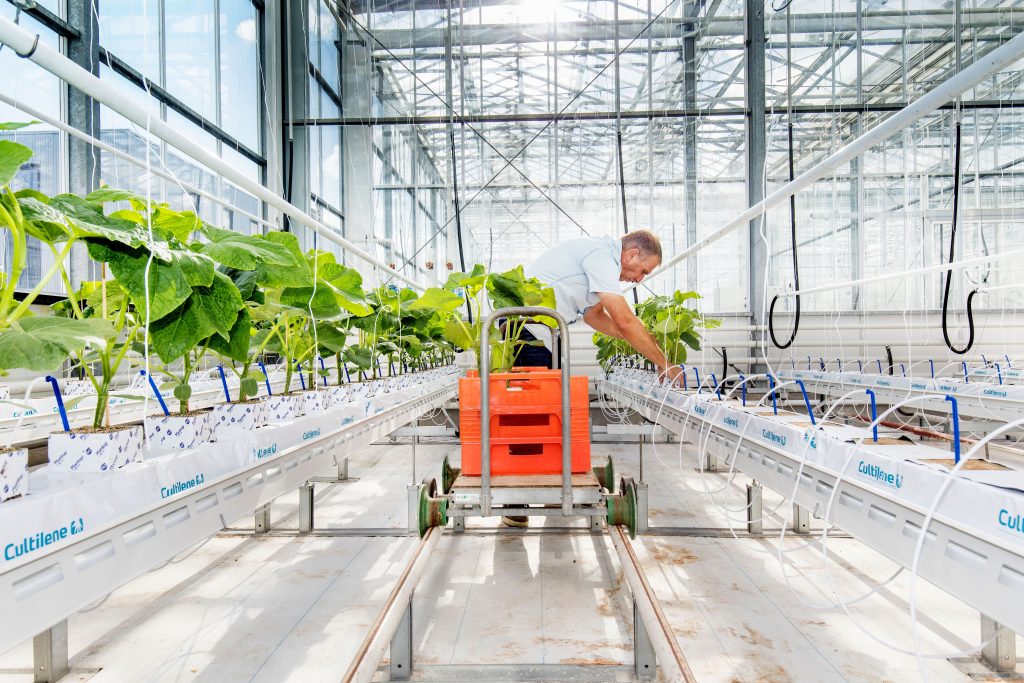 Tuesday 14 August will mark the start of the Autonomous Greenhouses Challenge as five international teams try to grow cucumbers at a distance with the use of artificial intelligence at the facilities of Wageningen University & Research (WUR).

The goal is to convert knowledge about cultivation into algorithms that can enable computers to regulate cultivation automatically in the future, even in places where such knowledge is lacking. So the question is: can computers do as well as farmers?

The five international teams will have four months to produce a cucumber yield remotely and without human intervention, using as little water, nutrition and energy as possible while achieving the highest possible output (i.e. production). Each team has been allocated 96 square metres in the facilities of WUR’s business unit Greenhouse Horticulture in Bleiswijk.

“The teams have partly developed their own algorithms and used them to determine output settings such as temperature, light quantity, CO2 concentration, fertilisation and several cultivation-related parameters such as plant and stem density,” says the head of the Horticulture Technology research team Silke Hemming. “The sensors and cameras – which they will be installing themselves in the week of 20 August – measure some of these cultivation data. The sensors send the information to the computer systems, allowing them to control the climate and fertilisation in the greenhouse. The teams will not be allowed to enter the greenhouses apart from to install the equipment.”

The teams will collect all data remotely and be able to continuously adjust their algorithms for the software. Hemming: “The software itself will adjust the output settings like temperature where necessary. The goal is that the self-teaching software gradually takes over human decision-making.”

The challenge was organised by Wageningen University & Research Greenhouse Horticulture and the internet company Tencent. “We think we can further improve food production in greenhouse horticulture by introducing artificial intelligence,” Hemming continues. “This unique challenge lets us connect with international partners and make major strides forward. Although they are already global leaders in cultivation expertise, we believe even Dutch breeders will benefit from results of the challenge, as it will enable them to make decisions based on more carefully considered information.”

According to Hemming, the use of artificial intelligence will have an even greater impact globally. “In many countries, there is very little knowledge about complex plant production. Artificial intelligence can help people make complicated decisions, so they can locally produce vegetables and fruit with fewer means. The higher yield and production are especially important in view of the growing global population.”

Cucumber, the crop of choice

In addition to the autonomously controlled greenhouses, the challenge will comprise a reference greenhouse where the chief grower of WUR Greenhouse Horticulture and several Dutch growers will cultivate cucumbers in an authentic way. “We settled on cucumbers as our crop of choice because they grow fast,” says Hemming. “This will enable us to obtain lots of information in four months. Cucumber plants are also very quickly affected if something is done incorrectly during cultivation. A breeding company cultivated the plants for the teams, and people from the test company of WUR Greenhouse Horticulture will put the plants in the greenhouses. The yields, their value and the associated costs and sustainability factors will be compared to the reference greenhouse.”

Supervisors from WUR Greenhouse Horticulture will provide the teams with the required digital information. Information will be shared with and output settings received from the teams via an interface produced by LetsGrow.com, one of WUR’s tech partners. WUR employees will be responsible for harvesting and communicating standard crop information, including yield weight, to the teams. An international jury will oversee the process and award points.

“Most of the points will be awarded for maximisation of net profit,” Hemming explains. “Another criterion will be sustainability: energy & water consumption, CO2 levels and the use of crop protection agents.” Teams will also receive points for the use of artificial intelligence. Questions such as ‘how autonomous was the teams’ actual approach?’ and ‘how realistically could this system be applied on a large scale?’ will be the main issues evaluated by the jury in the final stage.

“We expect an exciting competition in which the teams – deep_greens, AiCU, The Croperators, Sonoma and iGrow – apply different approaches,” Hemming concludes. “For one team, for instance, the focus will be on artificial intelligence, while another team will highlight cultivation expertise.” The winner will be announced in the second week of December during the AgriFoodTech trade exhibition. “We will gain lots of new knowledge for a new cultivation method for the future.”

Would you like to follow the Autonomous Greenhouses Challenge? Go to www.autonomousgreenhouses.com to check out the process every day and see, for instance, which team is doing the best with its cultivation or how they are dealing with adverse results.