What would “the greenhouse of the future” look like? 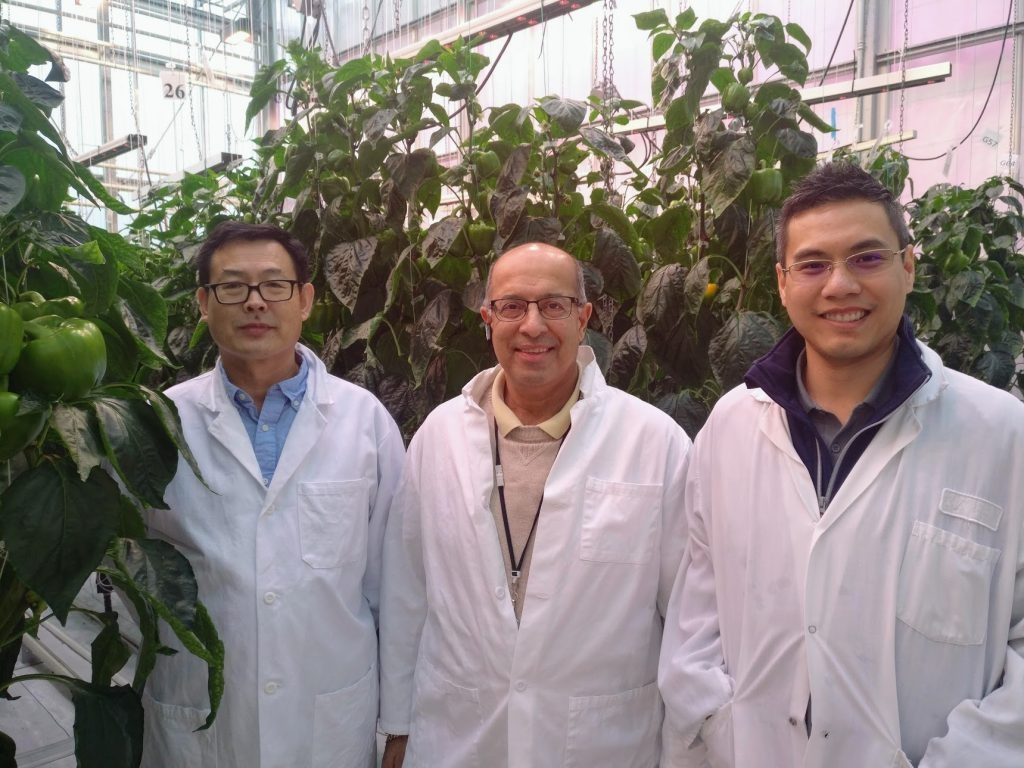 A recent competition by Wageningen University & Research (WUR) in the Netherlands and Tencent, a corporate sponsor, challenged top researchers and experts in the world to create an artificial intelligence (AI) greenhouse control system that could grow a successful crop with limited resources including minimum direct human involvement.

The winning team that accomplished this – Team Sonoma – included Dr. Xiuming Hao, an expert on greenhouse crop physiology and energy conservation with Agriculture and Agri-Food Canada (AAFC), based out of the Harrow Research and Development Centre in Ont.

“Microsoft Research (MSR) heard about our research on greenhouse cucumbers at Harrow and they approached us to collaborate on the competition” said Hao. “Over the past decade, we’ve developed sustainable year-round high-wire cucumber production systems which provided a very good foundation for this competition.”

Autonomous Greenhouse Challenge
The first international Autonomous Greenhouse Challenge ran from August 27 to December 7, 2018, with five teams from nine nations selected to compete. Each team had 96 square metres of WUR greenhouse space in which to grow cucumbers, the chosen crop. Marks counted towards profitability (net profit [output vegetable value minus all the inputs] – worth 50 per cent), the AI strategy (30 per cent) and sustainability (20 per cent).

Team Sonoma, led by MSR’s Dr. Kenneth Tran and advised by Hao, grew more than 55 kilograms of cucumbers per square metre with a net profit that was 25 per cent greater than the second-place team, used the fewest inputs (fertilizer, water, energy, pesticide etc.) and was judged to have the best score on total sustainability as well.

“Microsoft Research had the AI expertise, but expertise in greenhouse crop science and lighting is also needed for successful crop production. That’s where we came in,” said Hao, who had technical support from Jingming Zheng and Quade Digweed (both of the Harrow RDC) and crop production support from Shalin Khosla (of the Ontario Ministry of Agriculture, Food and Rural Affairs located at the Harrow RDC).

Growing cucumbers from a distance
Many decisions were made by the team before the crop was planted in the greenhouse regarding transplant type, plant density, irrigation control system, and intensity of lighting. Every choice, however, would ultimately affect the yield and quality of the final product (output value) and the input of resources (input cost), which would then affect the overall mark. “We went with a high plant density and a high lighting strategy,” said Hao. “With high plant density you can obtain high yield but sometimes get poor quality later on, but with strong lighting and a four-month timeline, I knew we’d be okay. Plus electricity is less expensive in the Netherlands than in Canada.”

Every morning, Hao checked the data (climate, plant growth, cucumber yield, grade and inputs) at the online team project site. He reviewed some of the 300 daily pictures from the camera. He dealt with issues and suggested any tweaks in the control settings. Each week, he discussed the progress and any adjustments needed with his Microsoft Research and provincial colleagues.

A winning collaboration
“Overall, our crop was really healthy because of proper climate and crop management,” said Hao. “As humans, we need sleep, but computers and AI can monitor crops 24/7 for continuous optimization,” he explains. “This competition holds lots of potential to show how AI can help producers improve profitability and environmental sustainability.”

Hao and the Harrow RDC will continue to work with Microsoft Research–AI to help the greenhouse industry here at home and around the world. The synergy they’ve created makes the future of greenhouse farming look very bright indeed.

Related
Robotics and automation could address production challenges
Feds invest $49.6M in AI, robotics for agriculture
Feds invest $1.4M in pesticide alternatives
Big data: The devil is in the details