Features Lighting Structures & Equipment
Are LEDs the right choice for my operation? 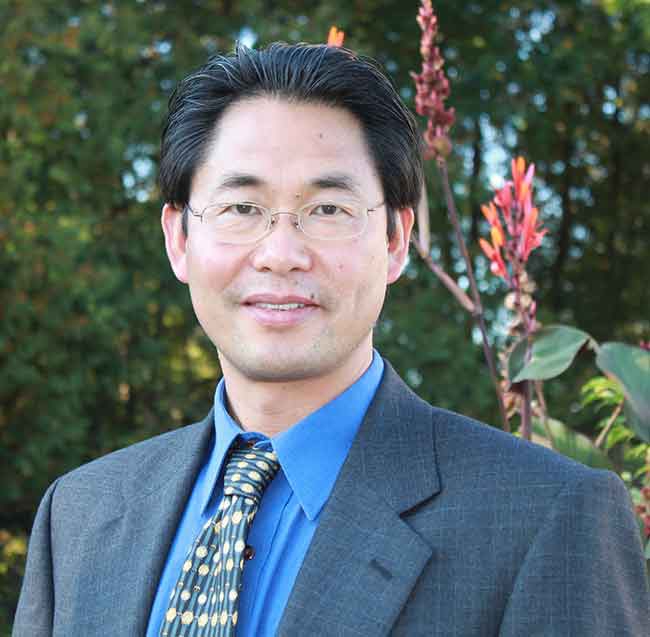 March 2016 — After presenting a webinar through Greenhouse Canada last fall, and a few talks at different occasions on light-emitting diodes (LEDs) and their applications in horticulture, I have been more frequently receiving phone calls and emails regarding LEDs.

The majority of the questions are:

To address the above questions, let me start with some basics about LEDs, light (scientifically it should be called radiation, but we will use light here), and plants.

LEDs emit little or no radiant heat, however high-output LEDs do generate significant amounts of heat from the diode junctions, which needs to be removed to prevent overheating and possible damage to the LED array.

Although the first LED was patented in the 1960s, application of this technology in plant research only began in the 1990s, mainly in NASA’s advanced life support research group. Since that time, many studies have been carried out and LED technologies are now in a period of rapid development with dramatic increases in energy efficiency and decreases in price.

Wavelengths between 400-700 nm are effective in driving photosynthesis. However, different wavelengths have different quantum efficiencies (i.e. a measure of the conversion of light, expressed in terms of number of photons incident on a leaf surface over a specified period of time, into photosynthate). In general, red (600-700 nm) has the highest efficiency, then blue (400-500 nm) which is about 25 per cent lower than that of red; green (500-600 nm) has the lowest efficiency.

Most plant morphologies are controlled by wavelengths in the near-ultraviolet (380-400 nm), blue (400-500 nm) or red and far-red regions (600-700 nm and 700-800 nm). Blue and near-ultraviolet are necessary for the development of chlorophyll and other pigments (e.g. anthocyanin and carotenoid); therefore, these wavelengths can make plants greener or be used to promote certain medicinal or beneficial second metabolites.

Blue light also stimulates stomatal opening, therefore increasing photosynthetic potential; and high blue light content light fixtures can keep internodes short. Excess of far-red can stretch internodes. Plants not only respond to different light spectrum and light intensity, but also respond to the ratios of different light spectra. For example, high far-red/red and/or red/blue ratios can induce plants to be stretched, and lowering these ratios can promote plants to be more compact.

Different plant species respond to light differently. For example, research showed that using red light alone to provide long day conditions for chrysanthemum can keep plants vegetative; however, red light can increase the number of flowers and buds in begonia. Therefore it is important to investigate the published lighting research relevant to the crops you are growing.

Armed with the above information, it is easier to understand the advantages and disadvantages of using LEDs in comparison to using some of the conventional lamps.

DISADVANTAGES OF LEDS
Compared with some of the conventional lighting systems, LEDs also have a few disadvantages.

While the literature is increasing exponentially, there are still tremendous knowledge gaps for most commodities.

ARE LEDS THE RIGHT CHOICE FOR MY OPERATION?
To address this question, let’s consider two separate scenarios of horticulture lighting applications: 1) sole source, and 2) supplemental lighting.

1. Indoor crop production with artificial light as the sole lighting source. If your operation is using artificial lighting as the sole lighting source, especially in multilayer growing systems, then LEDs are your best choice. LEDs can be arranged very close to the plants without damaging leaves from radiant heat; therefore the plant supporting layers can be placed closer to maximize your space use efficiency. The applications of LEDs in indoor plant factories have been demonstrated in a few countries in recent years, and some LED suppliers have accumulated valuable knowledge and experience to share with you when consulting on your particular application in your facility.

When using LEDs as the sole lighting source, it is very important to know the best light intensity and light spectra to use. Different plant species may respond to these parameters differently. When light spectra are not correct, or when there is an imbalance of certain wavelengths, plants may show abnormal growth and morphology, such as bumps on leaves (See photo on page 14). Also, light saturation points and optimum light levels vary among different crop species and lighting environments. By understanding these, you are able to increase the return on your lighting energy inputs.

LEDs are especially useful for producing nutraceutical and medicinal crops. As discussed earlier, certain wavelengths are able to enhance the production of certain secondary metabolites. For example, a study conducted at the University of Arizona showed that after 12 days of light quality treatment in baby lettuce, the concentration of anthocyanins increased by 11 per cent and 31 per cent with supplemental UV-A and B, respectively, and the concentration of phenolics increased by six per cent with supplemental red compared to those in the white light control. This advantage can be applied in both supplemental and sole source lighting scenarios.

Some secondary metabolites also have anti-microbial and insect deterrent properties; therefore, LEDs may be used to induce certain plants to be more resistant to pests.

CONSIDERATIONS WHEN CHOOSING LEDS
1. Economics: We know that some LEDs can be more energy efficient, have much longer lifetime, can be more focused, and can be used to save space. We also know LEDs are more expensive and that electricity rates vary according to geographic region and time of use. We also know that some regions have incentive programs for installing energy-saving lighting fixtures, and that there is a significant range of prices from different LED suppliers.

There are many factors to consider when doing cost-benefit comparison of LED lighting technologies, making it very difficult to say how economical LEDs are. Having said that, when considering whether to use LEDs or HPS as supplemental lighting in a greenhouse production operation, it would be advisable to ask lighting fixture suppliers to provide you with quotations (e.g. number of units needed, and the unit price) based on the average light (400-700 nm) intensity (µmol·m-2·s-1) you are trying to achieve at the crop’s canopy height. Based on the quotations and light specifications (e.g. electrical efficiency, electricity consumption per light unit, the price for electricity, etc.), you are able to estimate the actual costs for getting different lighting units installed, predict their electricity consumption, and ultimately assess the most economical solution for different periods of time (e.g. over five or 10 years, or over the predicted life of the fixture).

2. Not all LEDs are the same: As mentioned earlier, most of the LEDs are advertised as lasting up to 100,000 hours of use (number of years will depend on the daily photoperiod and the portion of the year that the fixtures are in use); however these lifetimes are based on low current and low temperature conditions. LED efficiency is inversely proportional to operating temperature.

For high-output LEDs used in plant production, the high current and high temperature can limit LEDs’ lifetime and efficiency if not cooled properly. To remove the heat from the diode junctions, different technologies are currently used, which includes: active (convection) cooling (ex. fans or water) or passive cooling (ex. by heat sinks connected to the back side of the LED arrays).

Moving parts are always a concern in the harsh greenhouse environment (ex. moisture, dust, large swings in ambient temperature). For example, if a cooling fan fails, the LED unit shuts down (assuming proper thermal protection) until the fan gets replaced. Overheating can also cause irreversible damage to the fixture. Therefore it is important to shop for LEDs with robust designs and reliable peripheral technologies.

Some LED fixtures have fixed spectra (e.g., certain blue and red ratio) while others have adjustable spectra. The latter may be more expensive, but they provide you with the potential to make full use of the advantages of LEDs mentioned earlier for your current and future production scenarios.

OUR EXPERIENCES WITH DOING LED RESEARCH
Since the mid 1990s, and especially in recent years, many studies have been carried out in different parts of the world investigating the applications of LEDs in horticulture and showing some very promising results. However there are still enormous knowledge gaps and a great need for further research and exploration.

For an example from my own lab, a few years ago (supported by the International Cut Flower Growers Association, LumiGrow and local greenhouse growers), we grew three cut gerbera cultivars under both LED and HPS supplemental lighting, at the same canopy-level light intensity (PAR). Results showed that cut gerbera yield and quality were equal or better under LEDs than under HPS. Extending from that research, we are now looking at determining the optimum canopy-level supplemental LED intensity for growing various cut flowers, including gerbera and snapdragons.

Additionally, with support from Ontario Ministry of Agriculture, Food and Rural Affairs, Heliospectra, Flowers Canada Ontario, and local greenhouse growers, we have just started a three-year project entitled: “Develop feedback control systems for optimizing the use of temporally variable, intelligent LED light systems to save energy and improve crop quality in greenhouse production.”

Dr. Youbin Zheng (yzheng@uoguelph.ca) is an associate professor and Environmental Horticulture Chair at the University of Guelph, who has more than 20 years experience in greenhouse and nursery crop production research.