Intravision is working with CESRF team at University of Guelph 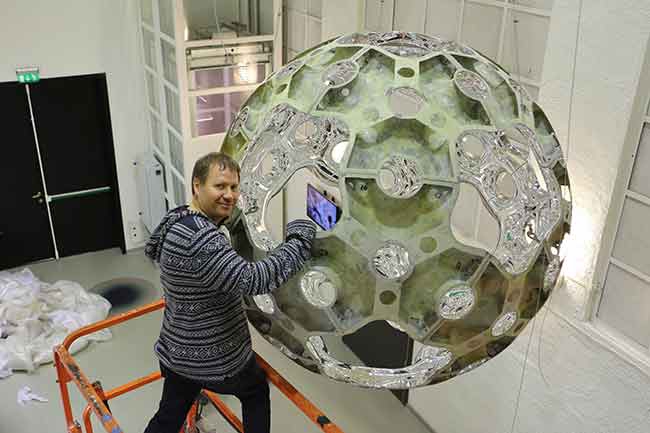 Each year, Canadian greenhouse growers face a challenge nearly as old as the sun itself: during the darker days of a Canadian winter, nothing grows.

Greenhouse production enters a mandatory hiatus, because there is not enough sunlight to sustain plant growth. Facilities are cleaned out. Plants are replanted.

And when the first harvest of the new season finally arrives, Canadian growers must battle for space on supermarket shelves, where produce from warmer climates has enjoyed its day in the sun.

Now, a systems integration company with facilities in Norway, China and Canada is offering a solution to Canadian greenhouse growers: LED lighting systems that can augment the sun’s rays, even when sunshine is scarce.

Per Aage Lysaa, CEO of the Intravision Group, says LED systems his company has developed offer up to five times the intensity of the sun, in a compact space. Since founding Intravision in 1998, he’s been studying how narrow bandwidth light impacts living organisms. In 2001, he turned his attention to LEDs. Lysaa’s research has spanned aquaculture in Europe, turf grass in the United States and food crops in Canada.

Through it all, the Intravision team has learned that the colour and intensity of LED lights can affect living organisms in different ways.

Trial and error has taught researchers that “salad” crops like lettuces perform best under basic red and blue spectrum LED combinations, and tomatoes and strawberries are more complex – requiring ultraviolet and infrared.

Red light can produce larger plants, but other colours – such as blue – can change taste and even change the colour of the end product.

“LEDs have the potential to increase yield, to change taste, and to alter nutritional values, depending on the colour combinations and intensity used,” Lysaa explains.

Intravision started packaging its own LEDs in 2015, which Lysaa says allows them to bring an affordable product to market.

The company’s first commercial systems are now available, including standardized “Spectra Blades,” a double-sided blade-like light panel that gets positioned between every second plant.

Intravision has engineered lighting systems for numerous applications, including growing food in deserts and space. The same technology has been used in several art installations around the world.

Intravision is the bio-light technology partner for the Controlled Environment Systems Research Facility at the University of Guelph. The company has worked closely with researchers at the facility to study how various combinations of LED colours and intensities can affect various plants.

WORKING WITH U OF GUELPH RESEARCHERS
“The university has a world-class facility with a unique set of toys, including the hypobaric research chambers that create a low pressure vacuum environment,” says Lysaa. “Here we can monitor photosynthetic gas exchange and we get great feedback on how the plants are doing. Access to this facility is a differentiator for us.”

Next, the company will turn its attention to strawberries. “We want to know how to make a plant with as many flowers and berries and maximize the taste experience for these berries,” says Lysaa, adding the project includes plans to partner with the University of Guelph to engineer a robot that would prune plants and pick berries.

“As a company, we see ourselves as a system integration company that uses LED lights as our main tool,” Lysaa says. “We work to understand biology first, and then we tailor technology to fit.”