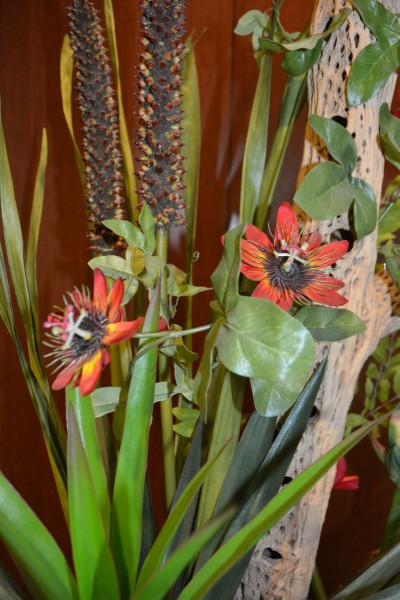 Sept. 19, 2016, College Station, TX – The U.S. cut flower industry all but wilted over the past 20 years, but much of the loss stems from lack of progress that could blossom under more university research, according to Jim Daly, keynoter at the Ellison Chair in International Floriculture lecture at Texas A&M University.

The Ellison lecture series is an annual event to explore current trends and issues in the floriculture industry worldwide, according to Dr. Charlie Hall, professor of horticulture and Ellison chair-holder.

“Huge market changes affected how research innovation is done in floriculture today,” Daly told the audience of horticulture students and faculty. “I want to talk about how we can innovate better for the future.”

Until the early 1980s, he said, cut flowers for the floral industry were grown closer to the end-user.

“By the peak in 1990, California supplied 95 per cent of the cut flowers in the United States,” he noted, “but today it is less than two per cent.”

Ultimately, the shift of growth developed around the equator where there is plenty of light, good temperatures and cheap labour, which matters because 40 per cent of the cost of growing cut flowers is labour, Daly said.

“A huge thing happened in the 1990s when the mass-market businesses decided they were going to sell flowers,” he explained.

“We went from a retail florist who was selling to an individual, to a large chain who could say they wanted one million flowers next week delivered to 300 stores. No existing distribution system was set up in the United States to do that, so the chains looked toward the equator, and that changed everything in a very short time.

U.S. floriculture research mimics that market, Daly said, which means the number of places studying cut flowers and their markets have dropped to almost zero in the U.S., and various long-established grant programs go unclaimed each year. Thus, U.S. residents are major consumers in the global flower market but have almost no role in the production.

“There is a correlation between growers shrinking in numbers and the number of universities actually doing research,” he added. “Corporate research actually has grown as a result, but will never be enough in order to compensate for the fact that the university research has gone down.”

In the face of these changes, Daly said, the floral industry is seeking solutions of its own to attract business. Whereas there were about 26,000 retail florist businesses about 20 years ago, there are less than half that now.

“They are moving to supplying events (rather than individuals). The storefronts are going away,” he said, noting that even the larger supermarket-type chains saw a decrease in sales last year and are now re-thinking the system with ideas such as starting their own flower-growing operations.

Some are learning how to use technology such as the Internet to match customers with growers. Daly cited one florist in Idaho who decided to do weddings only and now does about 1,000 weddings a week without ever touching the flowers.

“The flowers are put together in Colombia with very cheap labour where the flowers are grown, boxed up and sent to the bride often at a cost of under $500,” he said. “That’s farm direct to consumer.”