News
Turning on LEDs in cannabis

Study suggests that full-spectrum LEDs could lead to higher yields. Given the current average price of cannabis, the cost of each watt is returned at five times the value. 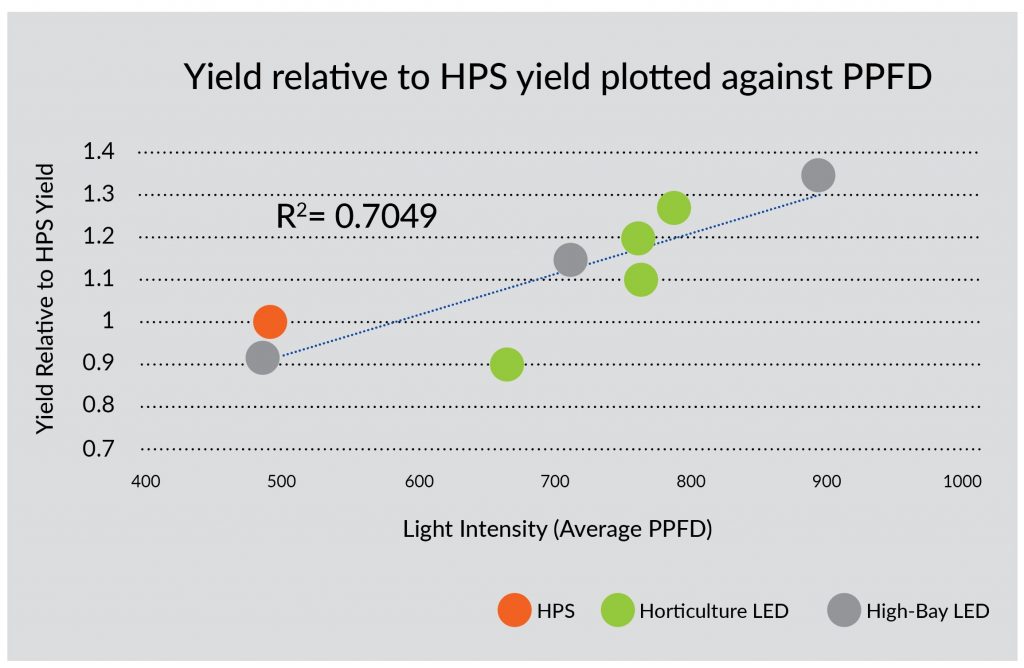 Fig. 1. Results suggest that an increase in light intensity can lead to higher yields. reproduced from image by J. Eaves

In a recent webinar by Professor James Eaves at Laval University, he presented the results of his latest research, looking at the impact of spectrum and intensity on cannabis yields. He found that light emitted by LED fixtures produced higher yields compared to using high pressure sodium (HPS) lights with equivalent wattages.

Light intensity – more than spectrum – drives yield, the potential of which is underserved by HPS fixtures. As Eaves notes in the webinar, growers need to focus on the dollars spent per PPFD – and less so the dollars spent per watt. PPFD is short for photosynthetic photon flux density, a measurement of the amount of photosynthetically active radiation (PAR) that actually arrives at the plant. Or as a scientist might put it: “the number of photosynthetically active photons that fall on a given surface each second” (measured in μmol/m2/s).

In Eaves’ study at the Green Seal cannabis facility, each experimental plot consisted of a 4’x4’ growing bed with 36 cannabis plants, using equivalent wattage HPS and LED at +/-5% wattage equivalency, 1400 PPM CO2, with 22-28°C ambient temperatures. Transpiration was relatively equal. Areas were walled off with some photon spillage from adjacent HPS, due to its inherent wide-angle distribution.

His initial study compared 1060W HPS mounted at 36” above the canopy with an average PPFD of 477, to a 960W high-bay LED fixture mounted and maintained at 18” above crop canopy with an average PPFD of 708. Note that light distribution can be more focused from the LED fixture because it covers a 110-degree angle, compared to the wider angle of HPS that leads to more uneven light.

In addition to intensity, light spectrum also matters. Historical and ongoing spectrum research and related findings are well-correlated. Current conclusions are that, although certain wavelengths convert to energy more easily than others, generally providing full spectrum light allows plants to take the wavelengths they need.

The proximity of the photon source, distribution of those photons, and intensity (average PPFD) are the major lighting factors affecting overall yield, all else being equal.

In subsequent tests, Eaves and his team tested seven LED fixtures from several different manufacturers. Of the seven, four had very similar spectrums.

As the results in Figure 1 show, yield increased with light intensity for full-spectrum light fixtures, even though the ratios of wavelengths within the spectrums differed. Horticultural LEDS provided mid-range performance, while high-bay LEDs were able to provide the greatest PPFD, and therefore the most yield.

The ROI of using more wattage was also studied in Eave’s experiment. Each watt added to the LEDs’ increased yield by 0.08 grams per 4’x4’ bed of 36 plants. Assuming $5/gram, revenue increased by $0.40 per 4’x4’ bed. A $0.17 per kWh cost implies additional wattage costs of $0.087 over 52 days, producing an increase of 457% in ROI over the cost of electricity. Estimated returns may differ as the value of cannabis changes over time, but current calculations would suggest a very profitable return per wattage increase.

Brian Webber is president and CTO of EcoPOWER Inc. Contact him at bwebber@ecopowerinc.com or call +1-800-564-8086, 3 for more information.

Note: This article is a summary of a webinar presented by Dr. James Eaves, professor at Laval University and lead author of the study cited here. Though Eaves is not an author of this article, he kindly provided feedback during the writing process and allowed the use of his images.

For a recording of the webinar, visit greenhousecanada.com/webinars/2018 and click on the webinar entitled “HPS or LED for cannabis”.