Local produce viewed as having improved quality, nutrition and taste, and research has shown that most consumers are willing to pay at least a 10 per cent premium 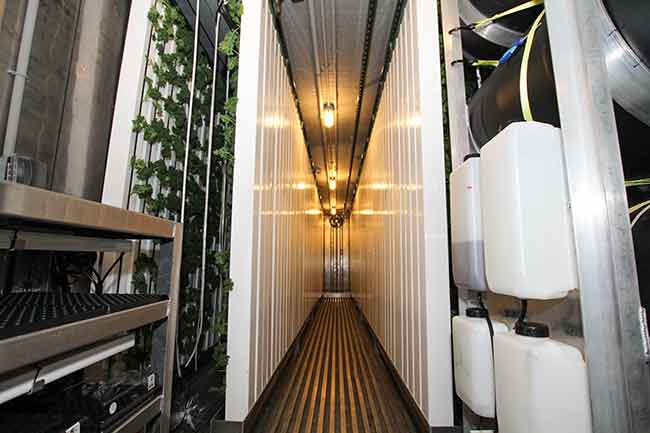 March 2016 — It’s easy to understand why urban agriculture is booming.

“Consumers associate local produce with improved quality, nutrition and taste, and market research has shown that most consumers are willing to pay at least a 10 per cent premium for these things,” says Sam Wortman, an assistant professor of urban food production at the University of Illinois.

“There is also an increasing sense of community that seems to be compelling consumers to support local businesses.”

However, while many urban farming operations across the world are very successful and some are undergoing substantial expansions, there are also challenges. Wortman lists high capital costs, such as real estate, to be foremost. “Without significant price premiums for the produce grown,” he says, “it would be difficult to justify the added cost of being in the city.”

While Neil Mattson certainly sees the benefits of urban agriculture, including local jobs, he doesn’t see it as something that would ever be able to feed a city population.

Like Wortman, the associate professor of plant science at Cornell University also sees the costs of urban sites as a barrier, and notes that they “are not large enough to get the economies of scale you would get in a larger greenhouse facility.”

URBAN AGRICULTURE IN ONTARIO
There are two new and exciting urban greenhouse ventures in Ontario, both deserving winners of the 2015 Premier’s Award for Agri-Food Innovation Excellence.

Aqua Greens – fish and organic greens in Toronto: Craig Petten and Pablo Alvarez have had quite a journey in urban food production so far, and it’s far from over.

After 30 years in the restaurant business, they both enrolled in the three-year “Sustainable Energy and Building Technology” program at Humber College in Toronto.

“We want to make a difference,” Petten says. “Local food was one of the topics that came up in our classes, and during discussions, we said the chives used on potatoes in the steak house where we work come from Texas. We wanted to grow them here. So, for our final project of the program, we planned an aquaponics operation and we’ve never looked back.”

After Humber, the pair studied aquaponics ventures in three U.S. cities, took more courses, and worked on an aquaculture farm. They were also mentored by Aqua Growers, a leading aquaponics company in the U.S.

At their own Aqua Greens operation in Mississauga (for which a new bylaw had to be created), they settled on a University of Virgin Islands design, but had it stacked in four levels. The greens (basil, chives, arugula and lettuce) are organic because Petten says it’s a must for the health of the fish.

“We worked with chefs to deliver the greens they want,” Petten says. The project began with LEDs before switching to sodium lighting, which was less expensive. However, LEDs will be used “in the scale-up.”

Yes, a major Aqua Greens expansion is coming. Organic certification will be in place soon and the company hopes to work with Whole Foods Market and other retailers in future.

Aqua Greens is also unique in its use of mushrooms for producing CO2. Petten says it’s been worthwhile, but also challenging because although they found mushrooms that like light, the fungi need more humidity than the plants. Petten and Alvarez are currently building a high-humidity room for the mushrooms. They’re also working on extracting the CO2 but leaving the humidity where it is.

Other challenges have included learning about general logistics along with plant nutrient deficiencies and how to counter them. “We’ve also had to change the design here and there,” Petten says, “and it’s been a challenge to get organic certification for both aquaculture and greenhouse production. That’s new in the certification circles.”

One of their mentors – Steve Naylor, aquaculture specialist at the Ontario Ministry of Agriculture, Food and Rural Affairs – nominated them.

“So many people have mentored us and made connections and given us so much knowledge. We are very excited about the future.”

Smart Greens – container greenhouses in Cornwall and beyond: Like Petten and Alvarez, Eric Bergeron and Eric Amyot wanted to “do something better.”

Bergeron was in Internet marketing and Amyot was in retail franchising, and they understand the importance of food security. “There is no need to be importing food from California or Mexico anymore and we wanted to prove that the technology existed to do it and that a solid business model could thrive with such technology in Canada,” Bergeron says. “We also want to find a way to bring food to regions that can’t grow their own, such as remote regions in the North.”

The Cornwall entrepreneurs began growing greens in a shipping container, with technology purchased from Boston-based Freight Farms. “We were the first company to try and use this technology in Canada,” Bergeron notes. “It came at a great expense as the electrical components were not up to Canadian standards, so we had a significant investment in getting everything approved.”

While they do have measures in place to minimize air escape and temperature loss, the two are also working with a company to develop a more robust insulation system for Canadian winters.

A purchased mobile app monitors nearly all of the environmental settings of the growing operation, almost in real time. Bergeron and Amyot also developed a custom app, called “Smart Harvest,” which allows them to manage the business end. “It gives us eight weeks of lead time in terms of knowing our sales output and expected crop yields,” Bergeron explains. “Time and schedule management is a critical part of the success in such a farm system and we felt it was necessary to develop our own app.”

The entrepreneurs have found the Cornwall community to be quite supportive. They deliver kale and lettuce on foot to about 10 downtown restaurants, and in January they started a small direct sales contract program for individual consumers because demand has been so high.

Electricity rates in Cornwall are quite good and they use LED lights.

Smart Greens has plans to set up 25 more units in Eastern Ontario over the next few years, but is not committed to just shipping containers. “The technology out there is moving forward so fast that it would be detrimental to simply stick with one technology or ag-tech provider,” Bergeron says.

They recently signed a deal with ZipGrow in Wyoming that will allow them to set up operations inside buildings, and are now selling made-in-Canada ZipGrow products through a side venture called Modular Farms.

They are also actively looking for like-minded people to operate their own farms and work within the Smart Greens brand anywhere in Canada.

Of winning the Premier’s Award, Bergeron says it’s always nice to be recognized, “especially for innovation. It was also pretty cool to see what else people are doing to innovate agriculture in Ontario. It tells me that there is an appreciation for innovation in this sector and that is great, because our entire food system needs to evolve rather quickly to a more food secure and local supply.”

View the web version of this story at greenhousecanada.com for photos.