It has been almost four years since a new approach to greenhouse growing cultivation, developed in the Netherlands, was introduced to greenhouse growers in Canada at the 2018 Canadian Greenhouse Conference. To find out just how effective this new philosophy, called Growing by Plant Empowerment (GPE) has become, the Netherlands Diplomatic Mission Network in partnership with Hoogendoorn Growth Management and Plant Empowerment organized a virtual workshop with growers and experts to share their experiences and highlight potential hurdles they face going forward.

What is growing by Plant Empowerment?

GPE is a data-driven, integrated approach to greenhouse cultivation which provides plants with the best conditions to maximize plant growth and health by optimizing photosynthesis. Growers use sensors and plant measurements and monitor greenhouse environmental factors such as air temperature, leaf temperature, humidity, carbon dioxide concentration and photosynthetic active radiation (PAR) to create a harmonized plant habitat. According to the Plant Empowerment website, the growth processes of a plant are determined by its three balances; water, energy and assimilates. GPE supports the plant in maintaining these balances in equilibrium. The result is strong, healthy and resilient plants with high quality production and quality while being efficient in their water, fertilizer and energy consumption.

In turn, this cultivation control strategy helps growers improve their cultivation results, return on investment and contributes to the global aim of improving sustainability for future generations.

Growth of greenhouse-grown vegetable  in Canada

The importance of continued advances in greenhouse production was highlighted by Fadi Al-Daoud PhD, Greenhouse Vegetable Specialist for the Ontario Ministry of Agriculture, Food and Rural Affairs. Al-Daoud, who works with growers and connects them with researchers and scientists in the field says there has been a continuous increase in greenhouse vegetable production in the last 20 years. However, he pointed out there are lots of challenges connected with hot-house production including payroll, electricity and natural gas.

“I’ve heard a lot from remote and northern communities in the past few months about interest in greenhouse production to increase their growing season and to have year-round fresh food production in those communities,” said Al-Daoud.

Other challenges include the increased cost of labour. The Ontario provincial minimum wage increase has pushed greenhouse vegetable producers to look to automation. Automation and autonomous growing technologies have proven the ability to increase year-round productivity.

Paul Selina, VP, Applied Research at Village Farms in British Columbia, a long established and greenhouse operator in Canada said his company had been familiar with GPE data-driven growing or Next Generation Growing for some time and used the opportunity to implement the system when the company was retrofitting an existing greenhouse to produce a new cannabis crop. As part of the process the company worked with Peter van Weel, co-author of Plant Empowerment –The Basic Principles, who helped them with the analysis of the climate and guided them with their calculations.  When the conversion was complete Village Farms invited van Weel to consult with them about the climate components and plant balances over the course of a year, using van Weel’s book as a guide. 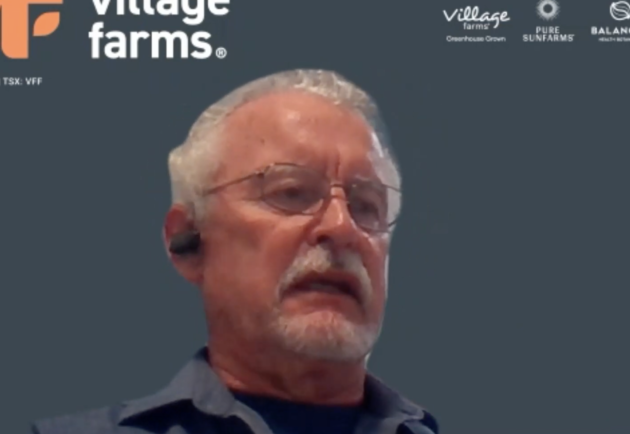 Selina said they made use of newly installed thermal cameras and net radiation meters in the greenhouse. The data instructed them to adjust the screen usage and air movement to protect the flower, which is the most important and valuable part of the cannabis plant. The GPE data made them pay attention to the balance between radiation and temperature to maintain plant performance throughout the different seasons of the year.

Selina said his biggest take away from the Plant Empowerment philosophy was to design your new-build greenhouse with Plant Empowerment in mind including installing thermal cameras, net radiation meters and sensors for both the soil, plants, and the flowers as more measurements bring more information.

“It’s important to think about those principals when you are designing and constructing a new greenhouse,” said Selina. “And this applies to greenhouses in all climate zones.”

Guido van het Hof, president and general manager at Great Northern Hydroponics, one of Ontario’s largest greenhouse-grown tomato producers selling under the Village Farms label says he first encountered GPE soon after its launch and wanted to understand if the philosophy would work with his company’s vision. He travelled to Vancouver and met with Selina and Peter van Weel. After listening to van Weel for two days it transpired the whole vision of GPE seemed to connect with his own company’s philosophy and he liked the consistency and was an excellent tool to establish this. 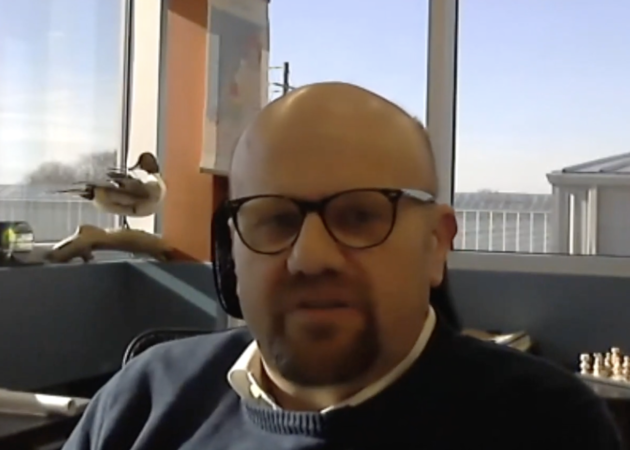 “The whole vision of Plant Empowerment really clicked with the vision we had to do bigger and better things in the future with the same management team that we currently had in place,” said van het Hof.  “The philosophy with Plant Empowerment was jiving with what we had already set up at a local level. But we were ready to make the leap to go to the data driven growing concept,” said van het Hof.  “But we had to go back to school.”  He said he reached out to some Dutch tomato growers who had already implemented the system who told him he basically had to forget everything he had learned in the thirty years he had invested in tomato growing, and to learn a completely new way of plant cultivation. The growers informed him even though he thought he knew a lot about the subject of tomato growing, he really did not.

But when one of the growers told  him that both his company’s yield and bottom line had gone up since implementing the philosophy, “I had to park the ego,” said van het Hof.

“That sort of gave the comfort level to say: Hey, if something is new and its different to how we’ve conducted ourselves in the past but has an immediate result or perhaps in the second year it has a substantial result, then let’s learn from it and let’s improve because that is ultimately the objective,” said van het Hof.

Originally the company planned a three-year implementation of GPE. The first year just to observe, the second year to implement the system and the third to tweak the computer to auto adjust.  Van het Hof said they reached step two earlier than anticipated and all is on track to have the third phase fully on track ahead of schedule.

“We have high expectations about the future,” said van het Hof.

Van het Hof said the GPE cultivation techniques illustrate how one must trust the process even though some of the methods are counter-intuitive to a seasoned plant grower.  He illustrated this with the example of one of his company’s facilities which had no active pipe temperature running through the facility in the wintertime. The graphs showed a flat line in humidity. The instinct was to open the screens and bring in the natural light.  However, the computer required them to keep the screens closed and the LED lights on. Although it did not feel right, they were stuck with the program as the tomato plant showed it was happy by producing more flowers than it had done historically. In effect he had to do what Peter van Weel is quoted as saying, “Listen to your plants!”

Van her Hof said his biggest takeaway from implementing the GPE philosophy is that you have to embrace the system whole-heartedly, “You cannot do just one aspect of it. You have to jump in at the deep end straight away. You have to do the Full Monty. You are either in or you’re out.” He went on “It’s awkward and uncomfortable for a period of time. It was a big leap of faith but had to commit to it. In hindsight we are happy we did not interfere.”

For more information and to view the workshop go to: