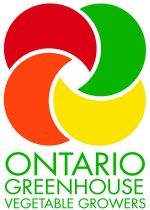 The growing demand for Ontario greenhouse vegetables is motivated by consumers’ healthy eating choices. OGVG growers have increased production to ensure the supply is abundant for Ontario consumers and retailers.

“We have received unprecedented support of this promotional program from key Ontario retailers,” said OGVG general manager Rick Seguin. “Consumers can now find Ontario greenhouse produce from their local greenhouse growers in stores across the province.”

The “Spring into Flavour” branding is featured on in-store materials provided by OGVG. Consumers can find recipe ideas on OGVG’s website.

OGVG is a not-for-profit organization, formed in 1967, representing approximately 220 members who grow greenhouse tomatoes, cucumbers and peppers on over 2,500 acres in Ontario.

Its growers span from Windsor to Niagara, and as far north as Ottawa.