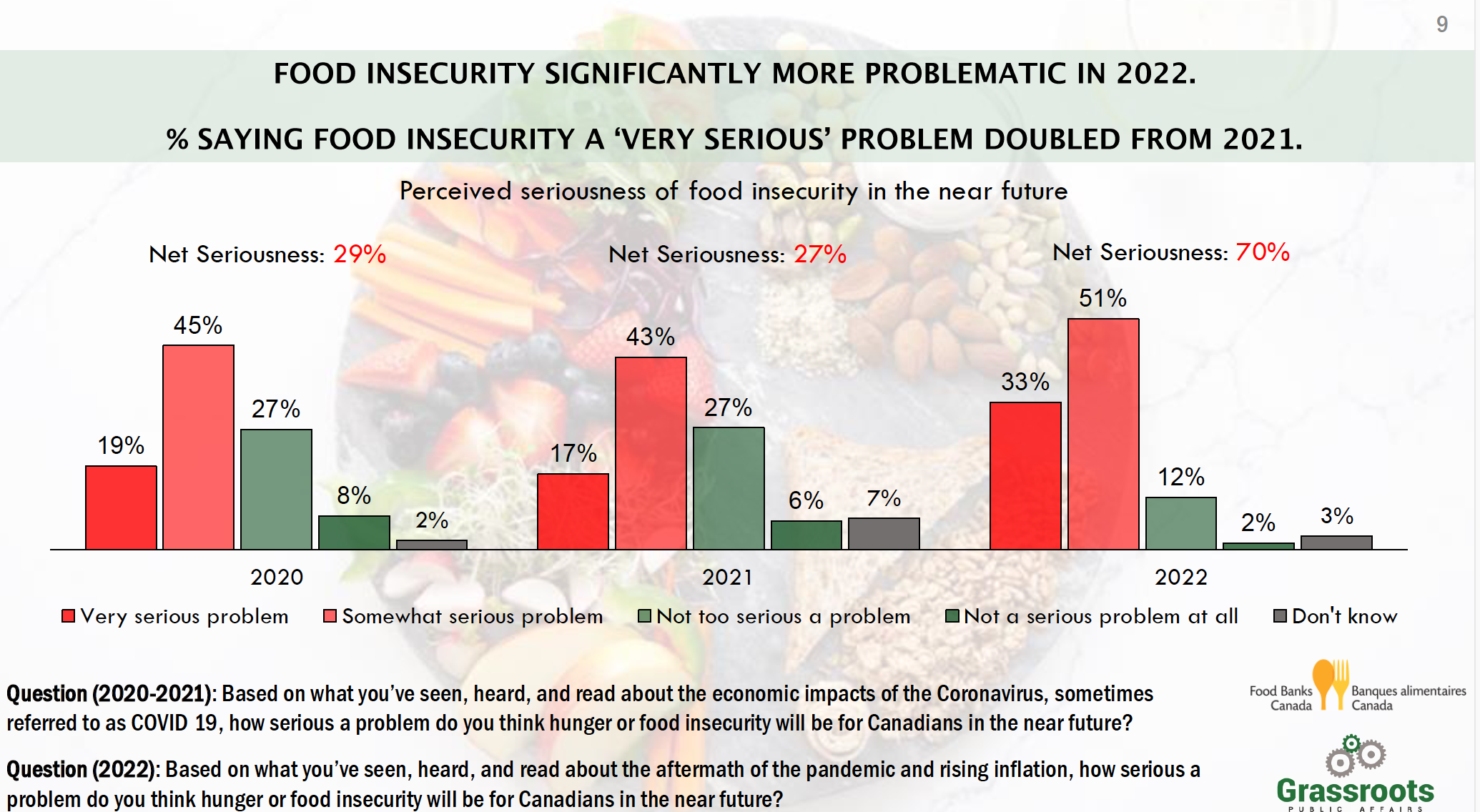 While Canadians remain extremely confident (92%) in food grown or produced at home, the poll found that:

“So much has changed over the past 2 years, including supply chain viability, and increasing food prices, but one thing remains the same – Canadians still believe strongly in the potential of domestic food production. There will always be challenges, but few other industries are consistently viewed as positively.  Canada’s agriculture and agri-food sector is resilient, and with the full support of government it stands ready to help Canada regain its economic stability,” says Peter Seemann, Principal & Sr. Consultant at Grassroots Public Affairs.

The Canada-wide survey was conducted via an online panel of 1,007 Canadians 18+. Fieldwork for the survey took place between March 25th and March 31st, and the survey was offered in English and French.