In an Inuit hamlet above the Arctic Circle lies Canada’s northern most vertical farming project. 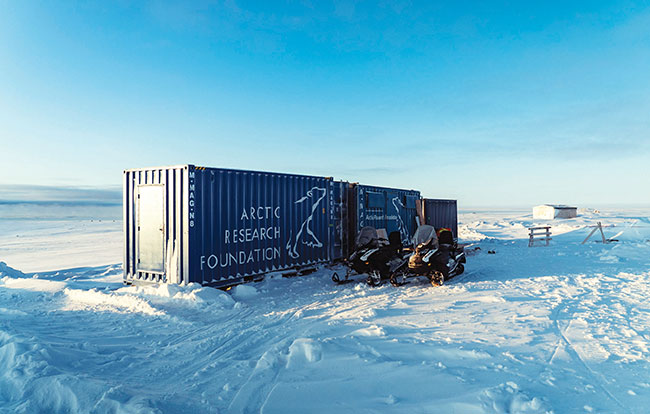 Winter has returned to Gjoa Haven, Nunavut, but the site of Canada’s most northern vertical farming project is growing more fresh produce than ever.

Enclosed within a 20-ft shipping container, this form of controlled environment agriculture (CEA) precisely controls every variable, from temperature, humidity and light, to irrigation and nutrients, while growing in soilless media. Solar panels and wind turbines power the grow pod, with diesel as a backup.

For remote northern communities, access to fresh produce is scarce and the price point is high. A head of lettuce is often sold for up to $14.00, and it is close to rotten by the time it reaches local markets.

According to Statistics Canada, approximately one in seven Canadians were estimated to live in a food-insecure household in May 2020. Canada has many varied landscapes and weather conditions that can contribute to this issue, but one of the most extreme is perhaps the Arctic circle.

To mitigate issues of food insecurity, the Arctic Research Foundation coordinated a collaborative project that was deployed in 2019 alongside partners Agriculture and Agri-Food Canada, the National Research Council of Canada, and the Canadian Space Agency. Not only does it seek to improve access to fresh produce in remote communities, the collaborative learning between trainees, research scientists, and engineers have strengthened this model, working together to overcome setbacks.

When Greenhouse Canada first covered the project in June 2020, the grow pod had successfully grown microgreens and 70 to 80 heads of lettuce per week. With additional climate control equipment, skills development, and remote training, this experimental vertical farm has since grown to include strawberries, herbs, and even tomatoes. Not only is the produce shared within the community, but the process has helped train community members to grow and monitor crops, providing both skills and fresh produce that could not be grown outdoors.

Over the past year, previous challenges with humidity control in the winter have been solved by a combination of knowledge and innovation by southern and northern partners.

The onsite crew in Gjoa Haven monitors the facility’s power consumption and battery charge. Depending on CO2 levels and the available energy, they use a combination of dehumidifiers and ventilation to prioritize either water recapture or energy conservation.

CO2 supplementation in the facility is achieved entirely from human respiration. The grow pod is connected to adjacent shipping containers which serve as a power plant, clean work space and mechanical shop. The CO2-rich air in these containers is provided to the plant growth system, improving the air quality while boosting production.

Zero waste and sustainability continue to be key goals of the project. In 2021, the crew built cold frame greenhouses made out of recycled pallets. Using spent nutrient solution and media from the container system, the crew grew and harvested radishes and sweet peas in the short summer growing season from July to August. There has been discussion of growing items that are known within the community, such as blueberries, cloudberries, teas, medicinals and tundra plants, but it will take time and research to develop efficient systems for longer growing crops.

To minimize trips up north from collaborating teams during COVID, the Gjoa Haven community has been running the pod themselves – a testament to the project’s model and training. Recent developments include additional crew training and adding technologies to facilitate remote communications, including a fiber optics communications system, a data dashboard for the crew to review climate data and trends, and a thermal and RGB imaging system for remote data collection on the crops.

The long-term vision is for trainees to teach other community members and eventually set up additional pods and grow labs throughout the Arctic.

Now going into its third winter, the project in Gjoa Haven, Nunavut continues to grow in size and sophistication, and the energy system supporting it is no exception.

“Every year, we finetune it more and more,” says Paul Waechter, technical consultant for the Arctic Research Foundation (ARF) and manager of the grow pod’s energy systems.

Working with Adrian Schimnowski, CEO of ARF, Waechter initially led the design, build and installation of a solar unit for their 20-ft shipping containers deployed as portable science labs in the Arctic. Each one was accompanied by wind turbines that could be folded and transported. “The whole assembly could be dismantled by two people and moved,” says Waechter.

The project in Gjoa Haven built upon their work. Since the grow pod’s deployment in 2019, the project now has three separate power systems supporting four interconnected shipping container units. “We set it up in such a way that it’s interchangeable, so if one side goes down, we can still control it with one of the other power systems,” he says.

Sources of power include two separate 6kW wind turbines, 14.6 kW solar panels and a backup diesel power generator. “The whole goal is to have the system run as green as possible with little use of the [diesel] generator,” he shares.

Waechter and the team have since added batteries to store the generated energy. By continuously finetuning the system and managing their power consumption strategies, they’ve dropped their reliance on the diesel generator by half.

“I can monitor the system remotely,” says Waechter, who’s based in Ontario. He keeps a close eye on the readings every morning and evening to see how the day has progressed, then communicates back and forth with the local team in Gjoa Haven to make the necessary tweaks.

Working with equipment developed in warmer latitudes, part of the challenge for Waechter and his team has been Gjoa Haven’s extreme climate, with temperatures reaching as low as -40°C. They’ve recently installed two new wind turbines that are performing phenomenally, producing so much energy that Waechter’s next task is to figure out how to manage the surplus.

“There is a lot of interest in what we’re doing,” he says, hinting at new projects to come. “The future looks promising, [but] it’s a process.” Transportation by boat is only available in July and August, and logistics can easily take two to three years before a project comes to life. But the collaborative journey toward a greater goal has made it all worthwhile.

“What everybody brings to the table is phenomenal,” he says. “We all work with the Inuit community up there. It’s their project, and we’re there to help them.” 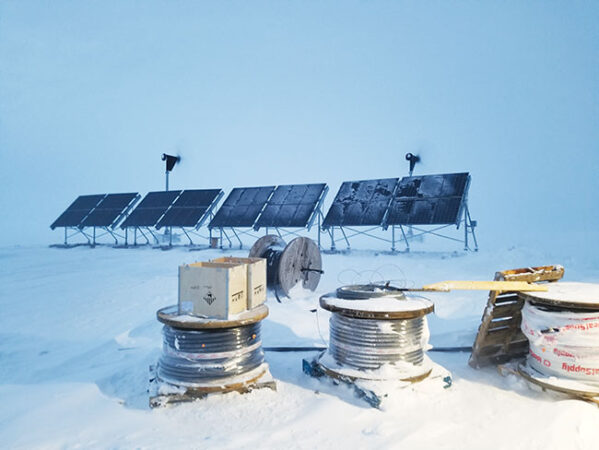 Quade Digweed is a greenhouse engineer at Agriculture and Agri-Food Canada. Patricia Bitaxi and Julie Miller are students in the Horticultural Technician Program at Niagara College. Fadi Al-Daoud, PhD, is the greenhouse vegetable specialist at OMAFRA.

This is one in a series of research updates, written in collaboration with students in the Hort1346 Greenhouse Production Course at Niagara College and initiated by instructor Sebastien Jacob.