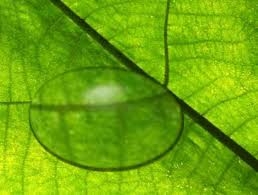 A plant-microbial fuel cell developed in the Netherlands could offer a new source of clean energy. (Courtesy AgricultureGuide.org.)

A Plant-Microbial Fuel Cell that can generate electricity from the natural interaction between living plant roots and soil bacteria may provide a new source of clean energy.

Plants produce organic material via photosynthesis; the roots excrete up to 70 per cent of this material unused into the soil. Bacteria around the roots break down the organic residue, releasing electrons.

Marjolein Helder, a PhD Candidate at Wageningen University & Research Centre in the Netherlands, and her colleagues placed electrodes close to the bacteria to absorb these electrons and generate electricity via the potential differences the degradation creates.

The fuel cell can currently generate 0.4 Watt per square meter of plant growth, with the potential to increase production up to 3.2 Watt per square meter in the future. This would mean that a roof measuring 100 meters square would be able to generate enough electricity to power a household with an average consumption of 2,800 kWh per year.

Various species of plants could be used to generate electricity, including grasses and, in warmer climates, rice.

“Although the technology is promising, it is not yet fully developed. Techniques for making the system renewable and sustainable still need improvement, and ways must be found to limit the amount of material used by the electrodes. Placing the electrodes in the optimum position around the plants causes electricity production to rise and material use to drop by two-thirds.”

The fuel cell principle was discovered and patented in 2007 by the Environmental Technology Group at Wageningen. Bert Hamelers conceived the concept and David Strik carried out the first tests.

Strik and Helder have co-founded a spin-off company, called Plant-e, to promote the technology.

To watch a video that explains how the fuel cell works, click here.