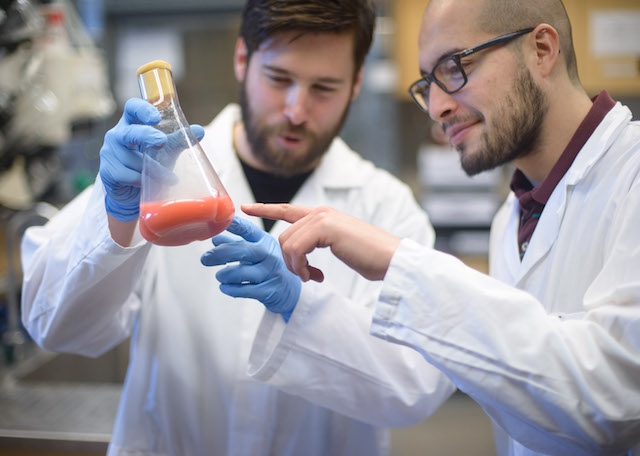 May 7, 2015, Montreal – The national research network BioFuelNet Canada (BFN) has just released $8.5 million in funding for research and commercialization of advanced biofuels, which are produced from non-food materials – primarily waste.

This initiative is an important step to reduce harmful greenhouse gas emissions and fight climate change.

After a successful first phase of research, BFN is gearing up for a second phase that targets strategic areas in biofuels research such as aviation biofuels and forestry-based biofuels.

The Network will also take a hard look at the barriers to advanced biofuels production, such as policy and availability of suitable and inexpensive feedstock. BFN will be funding a total of 10 projects.

It’s clear that the biofuels market is now poised for exponential growth.

In the past year alone, North America has witnessed the successful launch of several advanced biofuels facilities, representing an investment of hundreds of millions of dollars.

Years of research and development in the industry are finally paying off, not only in terms of sophisticated technologies for producing biofuels, but the facilities to house these technologies.

Renewable energy has proven to be sustainable both environmentally and economically. In early March the International Energy Agency (IEA) announced that in 2014, the economy grew while carbon dioxide (CO2) emissions did not; an unprecedented and exciting trend.

The Network operates under a $25 million grant over 5 years (2012 to 2017) through the Networks Centres of Excellence program of the Federal Government, and is hosted by McGill University. What’s more, every dollar BFN invests in advanced biofuels is leveraged by $1.30 contribution from its partners.

BioFuelNet is a national research network that brings together academia, industry, investment and government, BFN seeks to harness opportunities in biofuels research and address barriers to sustainable biofuels production.

BFN’s community extends to over 175 academic researchers and 140 organizations from both the public and private sectors, including such notable industry partners as Enerkem, Siemens ADGT, Ford Canada, Air Canada and FP Innovations.