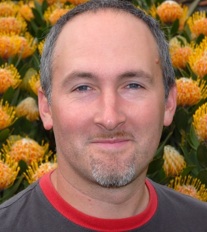 In his new role, Gary will
represent the Canadian members of the PPA on the board of directors. He will
also work to further the goals of the PPA, which are focused on the education
and promotion of perennial plants to its membership and to the gardening public
across Canada and the United States. 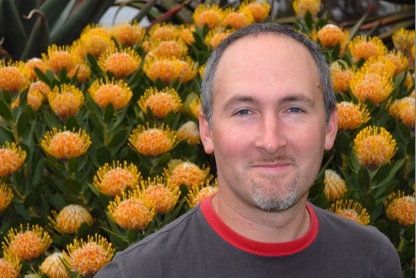 He takes over from outgoing
director Paul Zammit, now the director of horticulture at the Toronto Botanical
Garden. Other previous directors have included John Schroeder of Valleybrook
Gardens and Janet Anderson, nurserywoman and educator, who went on to become
president of the PPA.

“I’m excited to join the
PPA for two reasons,” said Lewis. “The first is to contribute to the growth and
development of the Association and its valuable work in promoting the exciting
world of perennials. The second reason is the opportunity to network within the
industry in both North America and Europe, contacts that can only benefit
Phoenix Perennials and help us to continue to offer our customers an
unparalleled selection of garden plants.”

Lewis took over Phoenix
Perennials in 2004 and has since expanded the nursery to include what he
believes might be the largest selection of perennials in Canada – some 3,500 to
4,000 different species and cultivars. The nursery includes garden stalwarts,
rare and unusual plants, and cutting edge new perennials. Phoenix Perennials is
often among the first nurseries in the country to introduce many new garden
plants. With the dedicated help of its staff, the
<i>Phoenicians,</i> Phoenix Perennials also offers an In-Nursery
Design Service, a popular monthly e-mail newsletter, an extensive website with
searchable database, and diverse workshops ranging from perennial hanging
baskets and succulent wreaths, to veggie container growing and wine tastings.

The Perennial Plant
Association was started in 1984 to promote the use of quality plants to garden
centre retailers and hence to the public. Through various programs – notably
the Perennial Plant of the Year, the PPA Landscape Design Awards program, and
June Perennial Gardening Month – the PPA helps educate garden centres and the
public about the use of herbaceous perennials as a group of plants with great
utility in gardens and landscapes.