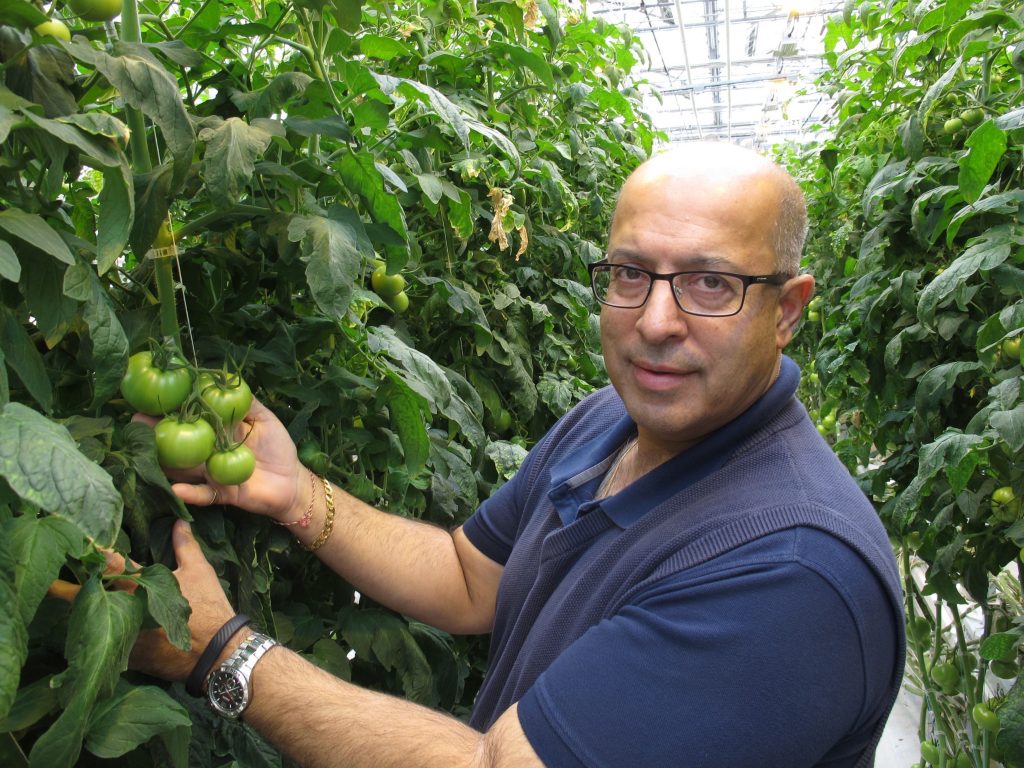 After 28 years as Ontario’s greenhouse vegetable specialist, Shalin Khosla is retiring from his post.

A known extension expert and researcher with the Ontario Ministry of Agriculture, Food and Rural Affairs (OMAFRA), Khosla’s work on production systems, energy and nutrient management, as well as climate control for greenhouse vegetable crops was instrumental in advancing the greenhouse sector. His years of dedication were honoured and recognized at the Ontario Greenhouse Vegetable Growers’ (OGVG) annual general meeting last month.

Speaking with Khosla reveals just how much the greenhouse vegetable sector has grown in nearly three decades. “When I started [with OMAFRA], there were 300 acres in Ontario,” he says. “Now we’re at 3000.”

An alumnus of the University of Guelph, Khosla got his first taste of greenhouse growing in Leamington during his time as a graduate student. Conducting his research on tomatoes, he tested several different greenhouse technologies and techniques that were still in their infancy. Glass or acrylic or double plastic, light or no light, rockwool and NFT – all research that the sector continues to build upon today.

After graduating from his Masters, Khosla accepted a five-year federal research position in Harrow where he says they “worked on everything in greenhouses.”

“We were working on lighting, energy – all the things we work on now, we did at that time,” he says. It was also a key period of transition where they supported growers in their switch from soil to rockwool and soilless production systems.

After a brief period in the private sector, he returned to public service in his current role at OMAFRA.

Similar to a proud teacher, Khosla says his favourite parts of his job include working with new innovative technologies and having “new ideas to work with and new problems to work on.” His unique role has allowed him to witness changes and help make improvements over time.

“I was able to choose the direction I needed to go to make it work, [and] not every position allows you to do that,” he says. Humbly crediting his work to the help and cooperation he’s received in the sector, he stresses the importance of collaboration. “It only works because we’ve had good people to work with – OMAFRA, AAFC, growers, OGVG, and all the suppliers and companies involved.” Without their support, it would have been really tough, he adds.

When asked about the future of the greenhouse sector, Khosla foresees more work in automation and robotics leading to artificial intelligence and machine learning, as well as technology for energy capture and reuse to work towards energy-neutral production.

Currently residing in LaSalle, Khosla looks forward to some time off, continuing his hobbies in gardening and woodworking, as well as his active involvement in the local community.

His last day with OMAFRA is December 18.