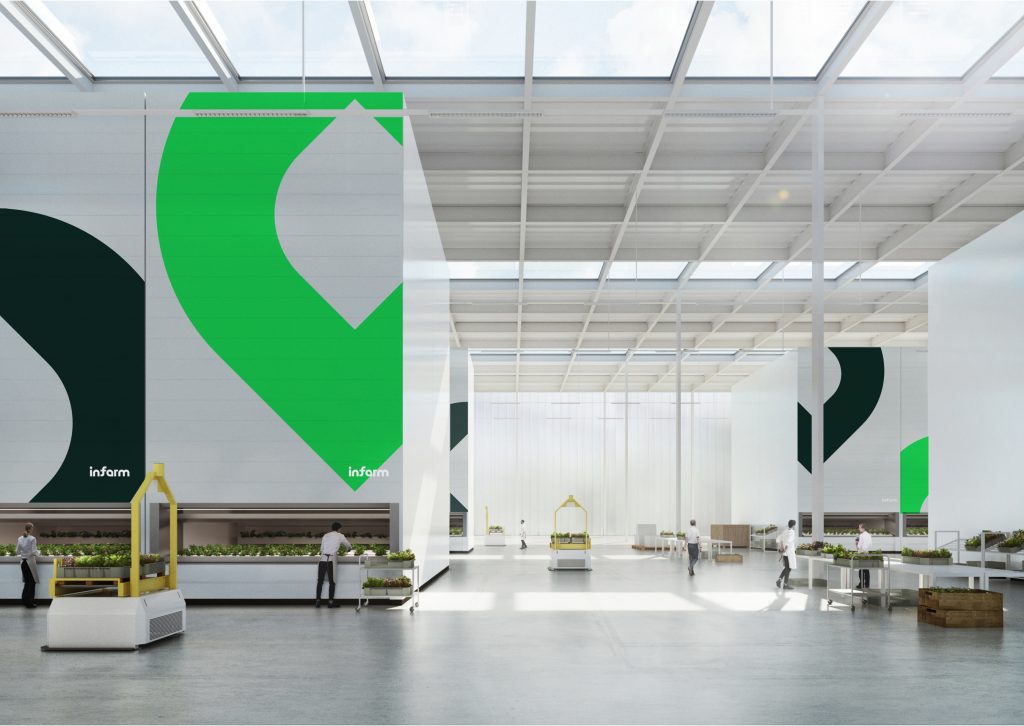 Infarm and Sobeys Inc. have announced a new agreement to accelerate the availability and distribution of fresh produce to an additional four of Canada’s 10 provinces by 2023.

As part of the deal, Infarm will construct new Infarm Growing Centres – growth, production and distribution hubs with high-capacity vertical farms – at sites in Calgary, Halifax and Winnipeg. For Hamilton, Ont., there are plans to host the largest Infarm Growing Centre in North America with a growing capacity of 37,000 sq.ft.

The agreement builds on the success of a partnership launched in 2020 – the first of national scope between a Canadian retailer and a vertical farming company – to offer locally grown, Infarm produce to Sobeys Inc. consumers Canada-wide. Their in-store smart-farming modules have been rolled out at select grocers, allowing consumers buy fresh produce harvested in-store.

In combination with existing Infarm Growing Centres in Vancouver and Victoria/Vancouver Island, the agreement allows the company to increase production volume in Canada more than seven-fold. The deal comes in response to the increasing demand by retailers, including Sobeys, Safeway and Thrifty Food for fresh Infarm produce, and will supply more than 1,000 stores in the retailer’s network alone.

With 97 employees on the ground today, Infarm’s Canadian team will grow by more than 50 per cent to 160 by the end of the year, working from locations in British Columbia, Alberta, Ontario, Nova Scotia and Manitoba.

“We’re delighted with what has been an extremely positive and successful partnership with the Sobeys family of retailers,” said Erez Galonska, CEO at Infarm. “This expansion deal represents one of the largest rollouts of any vertical farming company in North America to date as we aim to offer local, high-quality produce to people everywhere.”

Niluka Kottegoda, vice president customer experience at Sobeys Inc. said, “We are passionate about bringing Canadian families the best, freshest, most delicious produce every single day. The expansion of our exclusive partnership with Infarm demonstrates our commitment to delivering that in a technologically advanced and sustainable way.”

Reflecting on the current offer and expansion plan, she said, “We received overwhelmingly positive feedback from our customers and our store teams about the current Infarm product grown in our stores. We are thrilled to expand into the Infarm Growing Centres as they allow us to exponentially offer these great local products to a multitude of communities across Canada all year-round.”

Infarm’s growing centres integrate farming units that can each save up to 10 million litres of water per year compared to soil-based agriculture for similar crops, while producing the equivalent of up to 100,000 sq.ft. of land. In line with the company’s goal of utilizing 100 per cent renewable or green-certified energy, 90 per cent of electricity used throughout the Infarm network will be from green-certified sources by September 2021.

Over the next five years, Canadian consumers can expect to select from a range of new Infarm produce to the current selection of herbs, leafy greens and microgreens now available in the retailer’s grocery aisles including tomatoes, strawberries, peppers, mushrooms, convenient cut salads and even potted plants. By 2025 Infarm plans to scale to 100 growing centres with a growing capacity of 3 million sq.ft.