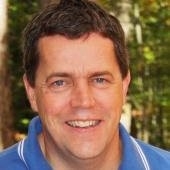 Aalbers will be replacing Rita Weerdenburg upon her retirement as grower manager at the CNLA.

Over his 14-year tenure with FCO, Aalbers has been credited with heading up numerous project initiatives, including the GreenCHIP-Q initiative, the mealybug and poinsettia dip trials, as well as FCO’s recently established training project designed to fill the training needs of the floriculture sector.

At the helm of FCO’s research committee, Aalbers was instrumental in identifying research priorities for the sector, and oversaw three Canadian Ornamental Horticulture Alliance Research Clusters funded in part by Flowers Canada Growers.

Aalbers also worked tirelessly as part of the FCO’s golf tournament organizing committee, fundraising for the Cecil Delworth Foundation each year, says FCO. He also served as FCO’s Awards Chair, overseeing the association’s annual floriculture leadership awards that recognize individuals who have made a difference in the floriculture sector.