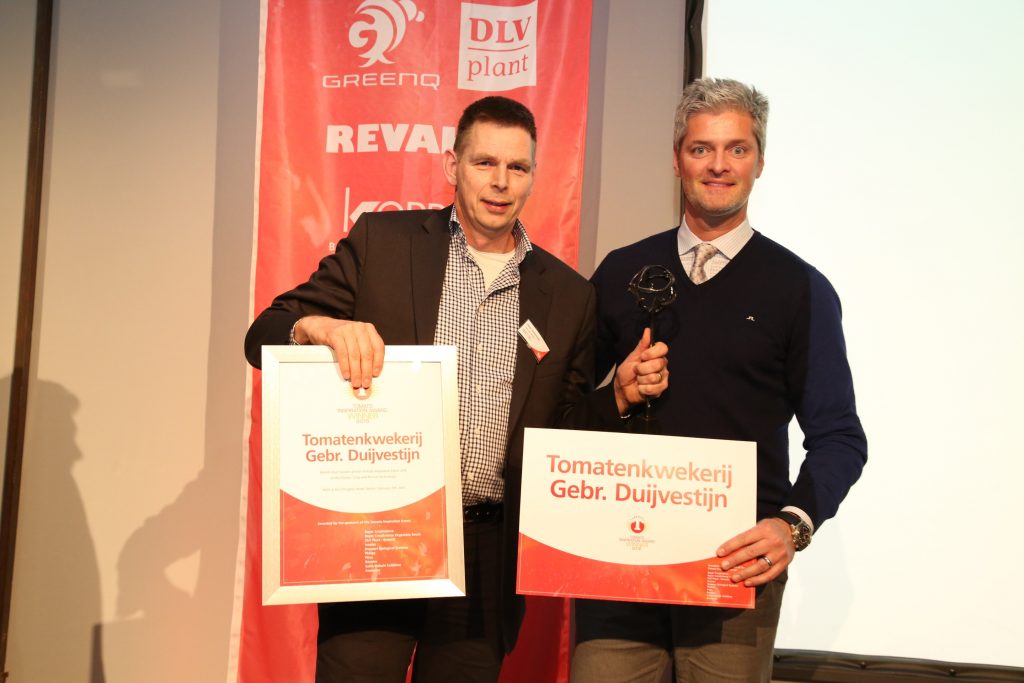 Feb. 9, 2015, Berlin — Duijvestijn Tomaten from the Netherlands was named the world’s best tomato grower during the second edition of the Tomato Inspiration Event.

Duijvestijn Tomaten earned high marks from the jury of experts for their efforts in the field of geothermal energy and for their work in helping develop ID Kas, a new sustainable and energy-efficient greenhouse concept.

Over 200 horticultural representatives attended the Tomato Inspiration Event. Among them were the top 100 tomato growers in the world. Ten of them were nominated as world’s most innovative tomato grower in the field of Crop & Process Technology.

The jury consisted of Gene Giacomelli , the director of the Controlled Environment Agriculture Center at the University of Arizona in Tucson (USA), Ep Heuvelink, professor at the chair group Horticulture and Product Physiology at Wageningen University (Netherlands),  Stefania De Pascale, professor of horticulture at the University of Naples Federico II (Italy), and Tadahisa Higashide, chief researcher at NARO Institute of Vegetable and Tea Science in Tsukkuba (Japan).