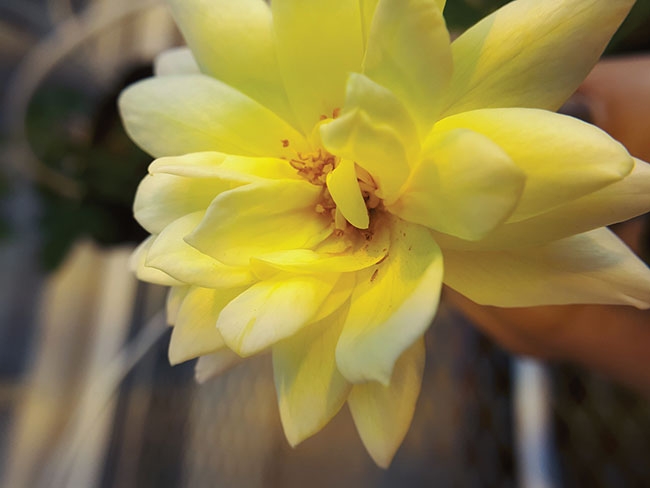 Biocontrol use for insect and mite pests rose to 92 per cent, as reported in a 2018 survey.

It has been four years since we last surveyed floriculture growers, and in that time, there have been some big changes in the way Canadian growers are using biocontrol.

Our most recent survey, conducted over the spring and summer of 2018, received responses from 47 ornamental greenhouse growers. Primarily from Ontario, operations ranged from less than 5,000 m2 to 100,000 m2. Respondents represent approximately 24 per cent of the ornamental greenhouse acreage in the province. We received responses from wholesale, retail and propagation growers, who produce a total of 43 different kinds of primary crops.

One of the biggest changes in biocontrol use between 2014 and now is the number of growers using biologicals to manage diseases. Back then, only 30 per cent of growers used biocontrol products to manage diseases. Fast forward to 2018, and 70 per cent of growers are now using biopesticides for diseases! This is a dramatic increase in such a short period of time. As growers are integrating more biocontrols into their integrated pest management (IPM) programs, 50 per cent have been able to reduce their spending on conventional pesticides for disease management. The primary reasons growers gave for using biocontrols for diseases were “better plant health”, “worker health & safety” and “shorter REI”.

Key pest and disease problems
When asked about which pests were the most challenging to deal with, it came as no surprise that western flower thrips was public enemy number one. Thrips were the most frequent answer for the most common pest (49%), the pest that caused the most losses (36%) and the most difficult pest to manage (36%). Aphids, two-spotted spider mites, broadmites and echinothrips were also common answers.

The disease category was a much tighter race. Damping off and root rots managed to come out on top in all three categories (most common, most losses, most difficult). Powdery mildew appeared in the top three for all three categories, fungal leaf spots and blights were answers for the most common and most losses categories, and wilts was a common answer for the most difficult to manage. Some survey respondents indicated a lack of variety among disease management products as a major reason to why some diseases were so challenging to manage, and this has no doubt contributed to the increase in biocontrol adoption in this area.

Biocontrol use for insect and mite pests rose to 92 per cent, as reported in a 2018 survey.

What growers need to succeed
When asked what they needed to improve biocontrol success for pests, a quarter of respondents answered that they needed better methods for aphid control and sprays that are compatible with biocontrol. While many different biocontrol options exist for some pests, such as thrips, there are others which have few or no good biocontrol options. Needing to rely on conventional pesticides for these problem pests can be disruptive to a biocontrol program and very costly to replace all of the good bugs that have been lost.

Naturally many growers said they needed to reduce the cost of bios in order to succeed, and other responses pointed to areas where efficiency can be improved, thereby reducing the cost of a biocontrol program. Improving the quality, consistency and/or efficacy of bios was important to 17 per cent of respondents; 13 per cent said they needed easier, more efficient or less frequent applications and 13 per cent felt the need for more efficient scouting and pest monitoring methods. Improving the efficiency of existing products and techniques not only saves the grower on material costs, but saves money on labour costs as well.

For disease management, many of the answers were similar to those for pests – growers wanted to reduce costs (15%), improve the efficacy of products (11%) and wanted them to be easier to use and apply (11%). Many of the answers also focused on the need for information, particularly around how to improve cultural controls such as clean start strategies, proper sanitation or how to better use climate or irrigation controls to manage diseases (33% combined).

Leaders in biocontrol
The results of this survey demonstrate that Canadian floriculture growers are continuing to adopt new pest management practices and that biocontrol is still an area of active growth. Their eagerness to incorporate new innovations is one of the reasons why Canadian growers are leaders in biocontrol use. This kind of information is also important for us as a research centre. These surveys not only identify issues that are most important to growers, they also help quantify those issues, therefore helping secure funding that will allow us to do the research necessary to find solutions.

1. Did your survey ask which biocontrols people were using, especially for thrips and aphids?

Summerfield: Although we did not ask specifically which biocontrol agents were being used for each pest, our surveys do provide some relevant information.

In our 2018 survey, aphids (green peach, foxglove & potato) were listed frequently as the most common pest. We asked growers if they were happy with their control of this pest and why. The majority stated that they were happy with their control program for aphids, and the reason was split 50/50 between being happy with their biocontrol options or with their chemical control options. Having recently done some research on the control of foxglove aphid, including the use of Aphidius ervi, we were curious about how many growers were actually using this parasitoid. Of those growers who had foxglove aphid as a pest, 55% were using A. ervi. Those who weren’t using this parasitoids were primarily using chemicals either because they believed that chemicals were more effective, or that it was such an infrequent pest that they chose not to implement a biocontrol program for it.

The researchers want to thank all growers who participated in this survey. Your contributions inform our research so that we can help provide the solutions needed by the industry to continue to grow and thrive.

Ashley Summerfield is a research technician in biological control at Vineland Research and Innovation Centre.