The case for a cannabis germplasm repository. 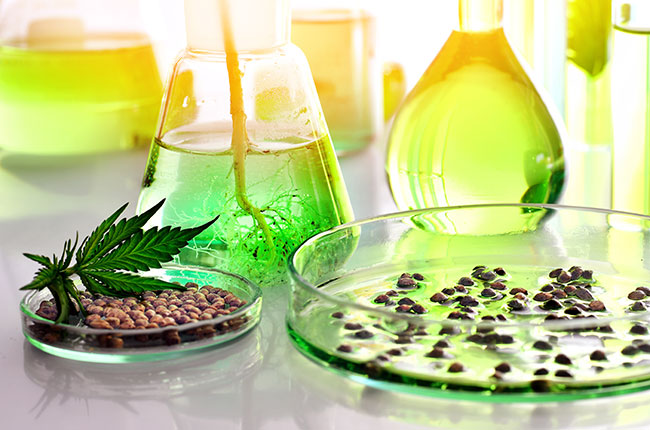 With the recent shift in social and legal attitudes in Canada and other developed countries towards the medical and recreational use of cannabis (Cannabis spp. or Cannabis sativa L.), the opportunity exists for honing and crafting a targeted pharmaceutical industry in Canada that is second to none. In the short term, regulations for the sale of recreational and edible cannabis products in the marketplace are essential. However, as patients continue to seek therapeutic benefit from cannabis instead of allopathic medications, there must be more effective oversight of cannabis quality. If cannabis is to truly become a medicine, the starting materials must be predictable and stable, and meet safety and efficacy claims expected for pharmaceuticals. Perhaps the time has come to develop a cannabis germplasm repository (CGR) in Canada to enable access to genetically and phenotypically diverse resources of cannabis from across the globe, thereby facilitating the genetic improvement of cannabis for specific end-use applications and agronomic/horticultural traits.

Modern cannabis cultivars have the unfavourable tendency to produce male flowers and unwanted seed, are increasingly finicky about growing conditions, are susceptible to pests (e.g., various mites) and disease (e.g., gray mold and powdery mildew), and are generally difficult to grow. Growing numbers of pests and diseases are increasing the chances of a crop disaster, especially where monoculture is practiced, and could lead to enhanced use of unapproved pesticides and plant growth regulators, which can directly affect public health.

Levels of the major cannabinoids, Δ-9-tetrahydrocannabinol (THC) and cannabidiol (CBD), are not by themselves good indicators of medical outcomes, and minor cannabinoids and other compounds are likely to significantly influence human health. Development of new cultivars with varying profiles of major and minor metabolites could enhance our understanding of the plant and the cause/effect relationship between dosing and medical outcome and result in improved product offerings.

Often, researchers and breeders work with a plant’s “genotype”, which is the set of genes and their various forms or alleles, commonly referred to as the “genetics” of the plant. Through breeding, complementary genotypes with favourable alleles or genetic attributes lacking in others are crossed to produce a plant or population that can be selected to be better than the parents. A collection of diverse genetic materials is the foundation of plant improvement, providing the complementary alleles missing in commercial cultivars. Most of the genetic diversity in a plant species lies in its landraces and cultivars. Botanically speaking, a landrace is a local variety that has developed in nature, breeds true for its unique character, and has developed in and adapted to a specific geographical/historical origin. By comparison, cultivars (often referred to as strains using common cannabis nomenclature), are hybrids propagated by seed or by clone, true-breeding or not and maintained by people.

Current limitations for the genetic improvement of cannabis

Genetic improvements through plant breeding require genetic diversity to produce a favourable phenotype or plant characteristic. Although favourable alleles for important traits can exist among the cannabis plants on the planet, they may not be available in the cultivars currently available to domestic breeders.

To date, cannabis scientists and industry breeders in Canada have failed to benefit from the approximate 10 cannabis germplasm collections currently located in Europe, Russia and Asia, and significant losses of genetic material have likely occurred due to conservation efforts outside of the natural habitat and to genetic erosion (i.e., the loss of genetic information when the survival of locally-adapted ancestors is threatened). Allowing the legal and unrestricted transfer among countries of the genetic materials remaining, as well as the collection of new genetically diverse populations of seeds, is crucial for long term economic viability and innovation within the industry.

The cannabis genetic resources currently available in collections have not been comprehensively catalogued, so a global evaluation and availability assessment is warranted to enable improvements in genetic diversity. Landraces, as well as seed-propagated populations maintained by farmers without significant breeding or selection in geographically-distinct areas, can contain significant genetic variability for important traits not currently available in domestic plant materials. Rare pre-domesticated ancestral populations would also be beneficial. 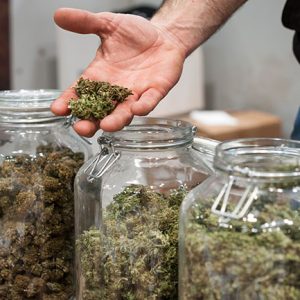 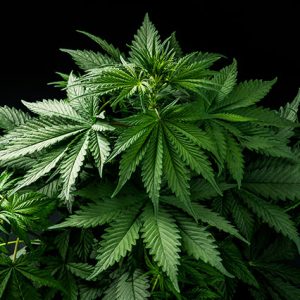 Sexual reproduction and propagation through seed is the simplest and most conventional method of cultivating cannabis. Indeed, seeds derived from mating a diverse population of male and female plants produce genetically diverse progeny that can vary favourably for plant size, flower size, terpene composition, or other selection criteria. The ease of producing and storing seed, compared to clonal propagation of genetic stocks, can also facilitate access to many large, genetically diverse populations, which can be stored, shared and propagated economically. For example, Canada has a national repository for preserving the genetic diversity in key crops and their wild relatives, which may support current needs of the cannabis industry or serve as a model and provide advice for an independent CGR.

To realize the full potential for developing and delivering high-quality cannabis-derived medicines and other products in the global marketplace, the acquisition, preservation and evaluation of germplasm should be considered a key component of future plans for cannabis. The greatest advances in breeding can be made by accessing seed-propagated landraces and ancestral populations, creating large segregating populations to recover sometimes rare genetic combinations, and selecting a small percentage of elite plants (high selection intensity) with the best genetics and attributes. This would be a considerable improvement over what hobby breeders have accomplished, working under legal sanctions, using small populations with low selection intensity and limited genetic diversity.

Creating a genetics repository for cannabis

Given the importance of genetic diversity to ensure the longevity of the cannabis industry in Canada, it is recommended that a task force, similar to the Task Force that developed the Framework for the Legalization and Regulation of Cannabis in Canada, be established to create a plan for comprehensive and methodical assessment of the benefits of a CGR. Interested parties, including academic, government, industry, legal and medical communities should be invited to join. National leadership must be also involved because regulatory and legal obstacles to developing a core collection of cannabis resources may exist within and among countries, and ultimately the ease of access to diverse genetic resources in other countries will be influenced by the recent signing of the International Treaty on Plant Genetic Resources for Food and Agriculture. It may be reasonable to adopt germplasm or seed-bank systems already established for other agricultural crops; however, different global regulatory and legal implications for drug-type cannabis resources requires a system that collaborates at the provincial, national and international levels of governments and practices.

Furthermore, guidelines or criteria must be established to ensure that both the quality and utility of the materials are well understood and can be catalogued in a meaningful manner.

Owen Van Cauwenberghe, PhD, and Barry Shelp, PhD, are officers of Bio Therapeutic Molecules Inc. of Guelph, Ont. Dr. Shelp is also Professor Emeritus at the University of Guelph. Owen can be reached at ovancauwenberghe@biotherapeuticsolutions.com.