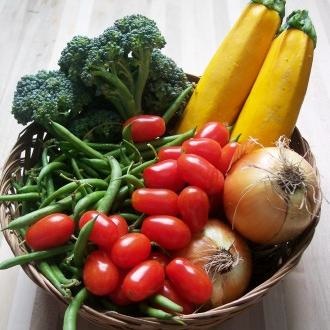 Vegetable gardening trend
to continue in 2010
According to the 2009 Edibles Gardening Trends Research Report conducted by the Garden Writers Association Foundation (GWAF) in November, over 41 million U.S. households (38 per cent) grew a vegetable garden in 2009, a trend that's likely to continue.

Will Edibles Gardening Continue to Expand in 2010?
When asked if they planned to continue their garden for 2010, 37 per cent of households reported plans to increase their edible gardens, 29 per cent reported they planned to plant about the same as 2009 and only 1 per cent reported they would plant less than this year. Although a significant number (15 per cent) remained undecided regarding their 2010 plans, the strong response for growing more edibles next year should carry the market to a new level of activity.

The main reason given for increasing or maintaining edible gardening for next year was to supplement household food supply. The most common reasons given for planting less next year were: lack of success in 2009 (14 per cent), cost (13 per cent), loss of interest (8 per cent) and time involved (4 per cent).

Consumer Information Sources
With over 7 million households becoming new edibles gardening participants in 2009, the GWAF investigated where consumers were getting their gardening information. The top response was friends, which has been the leading response in almost every past survey. Having magazines, books, retailers and newspapers in the third through sixth positions was also not a surprise. However, websites are now listed as the #2 information resource but were #5 as recently as March 2009.