News
U of G helping Canada become an agri-food leader 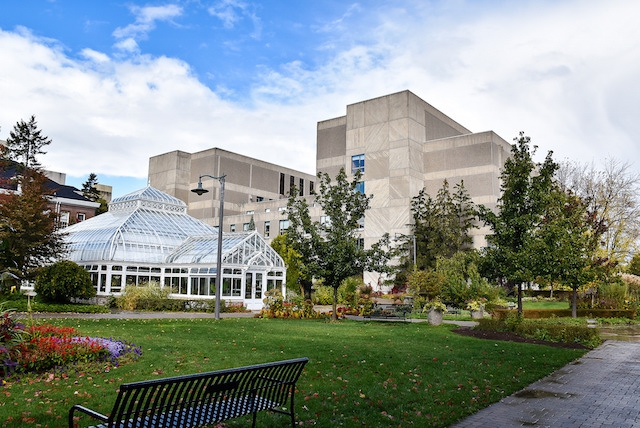 Feb. 13, 2017, Guelph, Ont. – A new federal report identifies the University of Guelph as a key player in developing Canada into a global agri-food leader.

The final report of the Advisory Council on Economic Growth highlights agriculture as a major engine of economic growth for Canada. It lists U of G as a key contributor in helping the agri-food sector meet its potential for growth.

“We are gratified that the report recognizes U of G’s prowess in agri-food and our ability to help Canada become a global leader in food, especially sustainable food production,” said president Franco Vaccarino.

The Minister of Finance established the Advisory Council on Economic Growth in March 2016 to provide policy advice for long-term economic growth.

The report said agri-food is one of Canada’s largest economic sectors, providing 2.1 million jobs and contributing 6.7 per cent of GDP.

With an annual growth rate of 9.5 per cent during the last five years, agri-food companies have outpaced most other sectors of the economy.

The report calls for the federal government to establish a vision for Canada to become “the trusted global leader in safe, nutritious and sustainable food for the 21st century.”

To fulfill this vision, says the report, Canada must strive to become the world’s second-largest exporter of agricultural products (after the United States) and double its share of world exports in processed food.

The report suggests the federal government work toward establishing Canada as the globally trusted source of sustainably produced and safe food.

“We applaud these recommendations,” Vaccarino said. Achieving the government’s vision will require universities, regulators, producers, processors and retailers to work together to innovate, to improve regulatory systems and to ensure transparency.

U OF GUELPH CAN PLAY A LEADERSHIP ROLE

U of G is uniquely positioned to help lead this endeavour, he said.

“We are home to one of Canada’s foremost clusters of agri-food expertise and an innovation leader.”

U of G and its founding colleges have a continuous history of generating impactful innovations in food, animal and human health, environment, and communities spanning nearly 150 years.

The University of Guelph is known for bringing together agricultural expertise and sector leaders, as well as businesses and other organizations, said Vaccarino.

U of G’s $77-million Food From Thought research project, funded by the federal government last September, is creating novel tools for producing more and safer food while also protecting the environment.

“The challenges and opportunities around food and agriculture have never been greater.

“We can show the world that Canada is ready to play a central role in tackling the global challenge of feeding our growing population and doing so sustainably.”