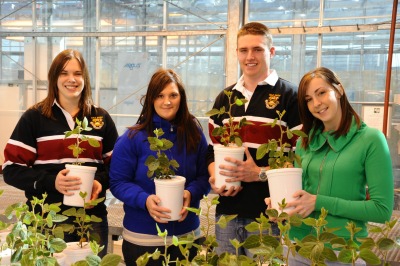 Earlier this fall, U of G was the highest-ranked Canadian school in the “Top 50” list of the world’s leading agricultural institutions. University of Guelph photo

Nov. 5, 2014, Guelph, Ont. – The University of Guelph is among the best universities in the world for agricultural sciences, according to a new international survey.

U of G placed 12th globally – right behind Harvard University – and fifth in North America for agricultural sciences in an inaugural global ranking by U.S. News & World Report.

The U.S.-based publication has published American college and university rankings for 30 years; this year’s survey is its first international comparison of universities.

The 2015 “Best Global Universities” report, released Oct. 27, determined the world’s top universities overall and then ranked them by 21 subjects.

The world’s best universities for agricultural sciences were determined based on reputation and research in the field, including food science, nutrition, dairy science, horticulture and agronomy.

The top two schools were Wageningen University in the Netherlands and the University of California, Davis.

“Our overall impact is due to the quality and exceptional efforts of our faculty, staff and students,” said Rob Gordon, dean of the Ontario Agricultural College (OAC).

“Their commitment, passion and dedication to identifying new innovations and discoveries that support the growth and significance of our agriculture and food sectors are the reasons for this global recognition and a key area of differentiation for U of G.”

Earlier this fall, U of G was the highest-ranked Canadian school in the “Top 50” list of the world’s leading agricultural institutions.

That annual survey, released in September, was produced by Quacquarelli Symonds, an international education network that publishes the annual World University Rankings. That survey listed U of G at No. 24, eight spots higher than it placed in 2013. The survey considers such factors as overall research impact and academic and institutional reputation.

In another survey conducted by Science Watch in 2006, OAC was ranked seventh among universities worldwide for its impact on agricultural sciences between 1996 and 2006.

“The leadership role that we play in supporting agriculture and food in Ontario and beyond is second to none,” Gordon said. “I’m proud that our collective efforts have been recognized in the past as well as in these recent enhanced world rankings.”

U of G also had two other “Top 100” placements in the U.S. News subject rankings: No. 38 in plant and animal science, and No. 91 in environment/ecology.