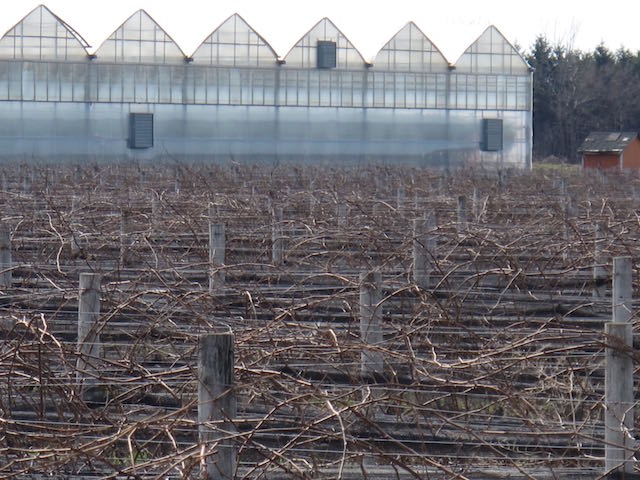 Sept. 22, 2016, Ottawa – The Agriculture and Agri-Food Labour Task Force is thanking the Parliamentary Standing Committee on Human Resources, Skills and Social Development and the Status of Persons with Disabilities (HUMA) for its valuable input and its prudent middle-ground approach in its Temporary Foreign Worker Program (TFWP) Report.

Many of the agriculture and agri-food industry’s ongoing critical issues and concerns were recognized with recommendations that will help farmers and processors.

The Parliamentary HUMA Report indicates that overall numbers of approved Labour Market Impact Assessments (LMIA) for the TFWP have fallen to 90,000 with agriculture workers now making up the majority of the program.

Research by the Canadian Agricultural Human Resource Council (CAHRC) has shown that primary agriculture has seen the labour gap double in the last 10 years to approximately 60,000 and by 2025 it is expected to reach 114,000.
Meat and seafood processors are also encountering critical shortages.

The HUMA committee report acknowledged agriculture and agri-food’s unique workforce issues stating, “the labour gap that exists in the agriculture and agri-food industry, despite significant recruitment and retention efforts … is due to the rural locations where the industry operates as well as to the seasonal, physical and strenuous nature of the work that is required.”

A CALL FOR FAIRNESS

The national Labour Task Force (LTF) is comprised of industry representatives from every aspect of the agriculture and agri-food value chain including seafood. The WAP proposal created by LTF calls for fairness, allowing an immigration pathway to permanency for agriculture and agri-food workers, along with common sense fixes to programming for farmers, agricultural workers, primary processors and Canadian consumers.

The trusted employer classification recommended by the HUMA Committee could reduce LMIA delays for those that have demonstrated trustworthiness.

The need to broaden the National Commodity List was also acknowledged by the HUMA committee, which has been a long standing request of the LTF and the agriculture industry. (The National Commodity List specifies the agricultural commodities permitted to hire Temporary Foreign Workers for a maximum period of 24 months when Canadian and permanent residents are not available.)

The Labour Task Force stresses the importance of Recommendation 17, because interdepartmental co-operation and communications is key to the successful implementation of these measures.

The Seasonal Agriculture Worker Program (SAWP) is celebrating its 50th anniversary this year. The SAWP was established to assist farmers with seasonal labour shortages helping Canadian farmers provide fresh food such as honey, vegetables and fruit for Canadian consumers.

The LTF is disappointed that SAWP farmers and experts were not included as witnesses before the HUMA Committee. These witnesses could have provided valuable insight and clarification regarding current agricultural programming and ways to continue to improve and address issues moving forward.

The HUMA Recommendation 1, to “extend work permits for caregivers in the low-wage stream from one to two years,” is aligned with the Canadian Agriculture and Agri-Food Workforce Program recommendation that agri-food employers such as meat processors are requesting in order to provide a fair Pathway to Permanency for workers.

One-year work permits are not long enough for these crucial and valued workers to transition with required language training and other prerequisites. This very short duration is inconsistent with the overarching desire of workers, employers, and Canadian society to strengthen the Pathway to Permanency. It increases anxiety for workers and employers and it also increases visa and LMIA processing delays.

The Pathway to Permanency for workers would be greatly enhanced and streamlined if the two-year work permit was reinstated for primary processing operations such as meat processors.

As a major stakeholder in the TFWP, the Agriculture and Agri-Food industry looks forward to working with Employment and Social Development Canada, to develop fair monitoring and enforcement parameters and better communication with the industry regarding programming changes.

The LTF is also interested in working collaboratively with government in the future to implement the long-term recommendations, many of which were also supported in the Parliamentary HUMA report:

• Develop a Growing the AgriWorkforce Career Initiative and tools for industry.

• Increase investment in HR management and training for agriculture and agri-food workers.

The Labour Task Force looks forward to the federal government’s response on the TFWP and immigration as it is eager to work collaboratively on the Canadian Agriculture and Agri-Food Workforce Action Plan solutions that are aligned with the HUMA Committee Report.